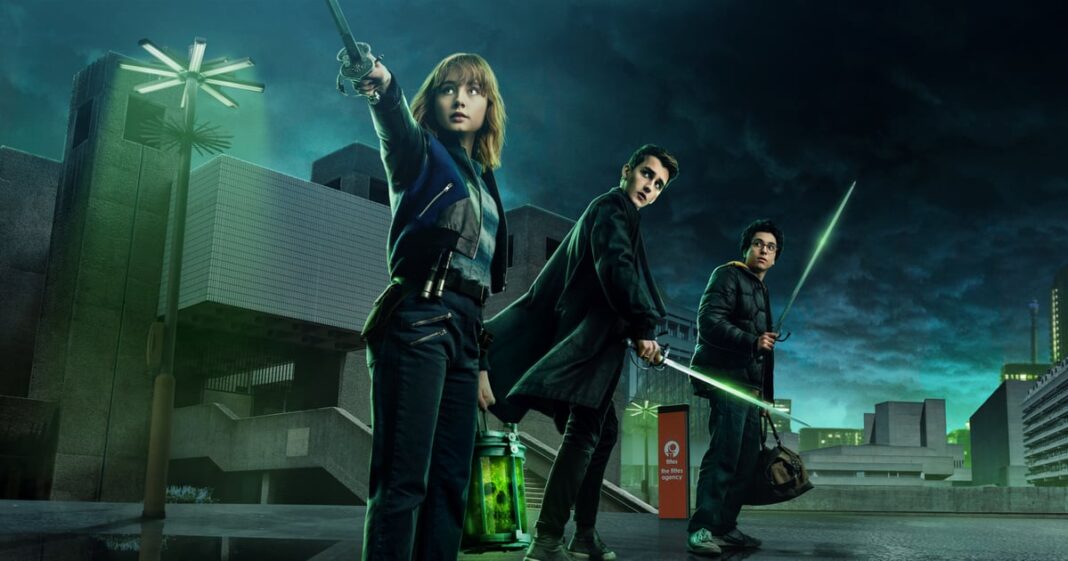 Netflix will ring in 2023 with a new fantasy thriller series, “Lockwood & Co.” If the name sounds familiar, you’ve probably heard of the young-adult book series of the same name by Jonathan Stroud.

Based on the first teaser, which Netflix released on Oct. 26, the show promises gripping suspense as Lucy, one of the two teenagers facing off with a ghost, falls from the banister in a haunted house. The other teen, Lockwood, pulls out his wand to fend off the spirit as Lucy hangs precariously by her fingertips. While Lockwood stalls the ghost, Lucy slowly loses her grip, but thanks to a stroke of luck, he’s able to save her before she makes a dangerous fall. When the two ghost hunters come face to face, Lockwood asks, “Did it touch you?” to which Lucy replies, “Of course not. I’d be dead.”

We can’t imagine higher stakes than life or death, but it looks like “Lockwood & Co.” might also play into the romantic dynamic between Lucy and the show’s namesake to add even more tension. What could be better than a little romance after a ghost hunt?

As the name suggests, Lucy won’t be the only one joining Lockwood on these spooky adventures. The eight-episode series will feature an entire team of ghost hunters dedicated to fighting the paranormal.

Read ahead for more details about the show, including the teaser and release date.