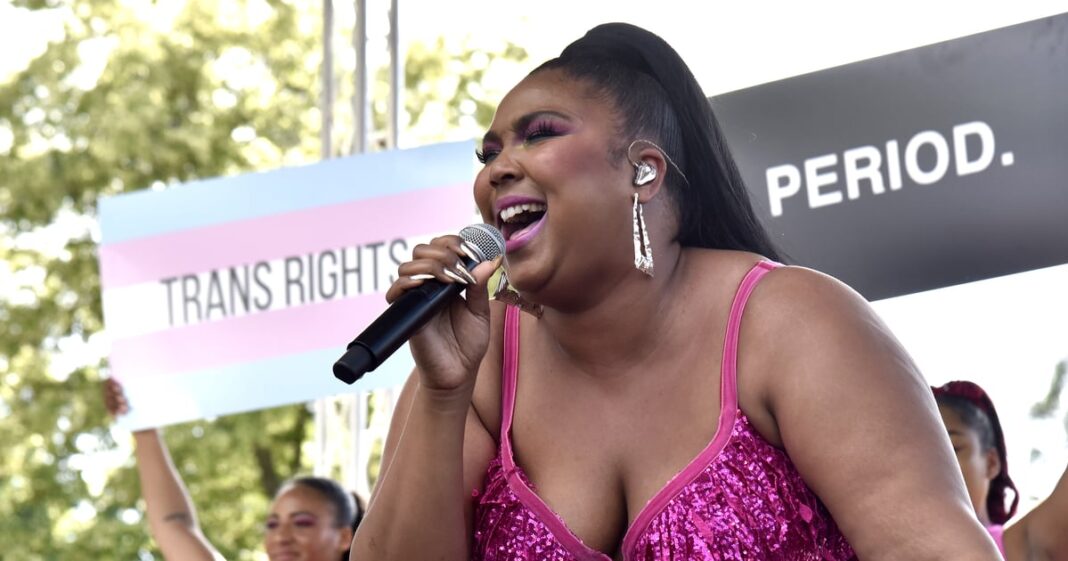 Looks like Lizzo might have yet another hit on her hands. On June 22, the “About Damn Time” singer made a surprise appearance at “RuPaul’s Drag Race” alum Kornbread’s Night of 1,000 Lizzos tribute show in West Hollywood. There, Lizzo basked in the celebratory environment created in her honor and returned the favor by debuting her new track “Everybody’s Gay.”

Onstage at the event — and dressed as her drag persona, Amazonia Prime — Lizzo brought up “Drag Race” stars like Jaida Essence Hall, Daya Betty, Heidi N Closet, and June Jambalaya as she performed the new song — which she confirmed will appear on her forthcoming album, “Special.” “[It’s about] living your best life, turning up, and dancing and just having some f*cking fun,” she told the audience of the song.

Night of 1,000 Lizzos consisted of an evening of Lizzo-inspired sets, paying homage to the singer (who Kornbread referred to as a “local queen on the rise”) Wednesday night. “When you do a ‘Night of 1,000’ diva, you don’t understand what it means to be that diva,” Lizzo added during the event. “I’ve been a diva since I came out the f*cking womb, b*tch . . . to come into this place and feel love from the LGBTQIA+ community — by the way, since day motherf*cking one, we’ve been walking together. It means so, so much to me.”

The following day, Lizzo continued to rave about Kornbread’s festivities on Instagram, sharing footage of her appearance in a post captioned, “Y’all don’t understand…. I WAS LIVING MY LIPSYNC DREAM LAST NIGHT! Thank you @kornbreadthesnack for putting on such a beautiful night of 1000 LIZZOS. I felt all of the (much needed!) love and appreciation❤️ to all the queens.. I LOVE U SO MUCH. Y’all made a bitch cry up there❤️ xoxo.”

Lizzo and Kornbread formed a connection when the pop singer served as a guest judge on season 14 of “Drag Race” earlier this year, and it seems they’ve grown close since then. Kornbread even posted a few photos of the two from Night of 1,000 Lizzos via Instagram. “ITS ABOUT DAMN TIME!,” Kornbread’s caption started. “A Night of 1000 Lizzos was a success! @lizzobeeating stepped in our shoes and gave a drag performance. Sang live. And debut a new song from her album. Baby tonight was epic!”

Lizzo has yet to confirm whether or not she’ll release “Everybody’s Gay” ahead of her album, but the full project is set to drop on July 15. Check out a snippet of her Night of 1,000 Lizzos appearance ahead.

5 Things To Say To Your Picky Eater