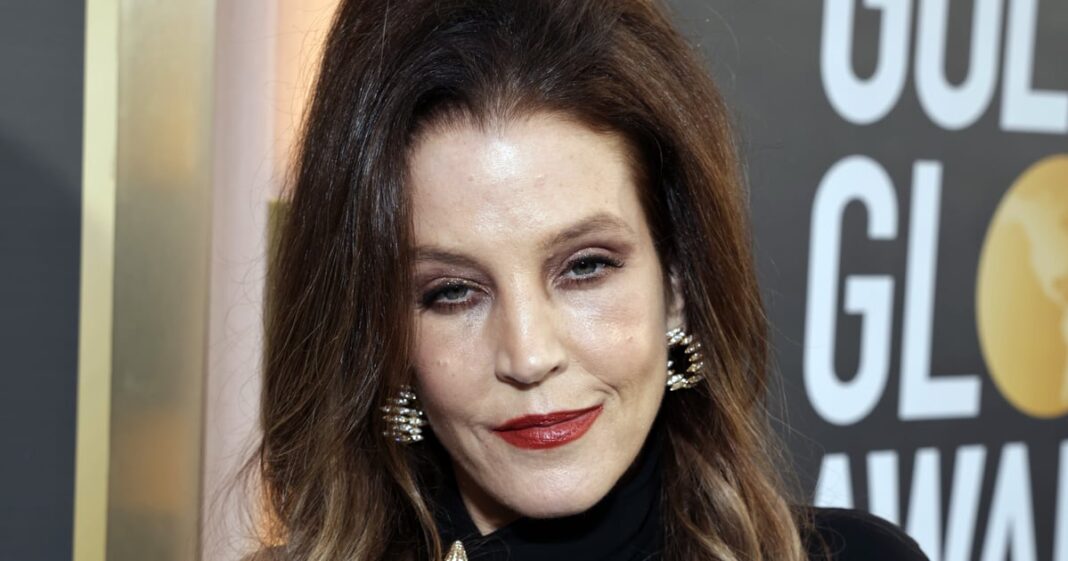 Lisa Marie Presley was rushed to the hospital on Thursday after paramedics responded to her home for a possible cardiac arrest, People confirmed after TMZ first reported the news. According to TMZ, EMTs performed CPR at her house in Calabasas, CA, before taking her to the emergency room.

Lisa’s mom, Priscilla Presley, released a statement on Twitter asking for prayers following her daughter’s hospitalization. “My beloved daughter Lisa Marie was rushed to the hospital. She is now receiving the best care,” she wrote on Jan. 12. “Please keep her and our family in your prayers. We feel the prayers from around the world, and ask for privacy during this time.”

News of Lisa’s hospitalization comes just two days after she attended the 2023 Golden Globe Awards, where Austin Butler won best actor in a drama for portraying the 54-year-old’s famous father in “Elvis.” In his acceptance speech, Butler paid tribute to the rock ‘n’ roll icon and his family by telling them, “Thank you guys. Thank you for opening your hearts, your memories, your home to me. Lisa Marie, Priscilla, I love you forever.”

Lisa and Priscilla, whom Butler took to the 2022 Met Gala, have praised the actor’s performance, with the former tweeting back in May, “Austin Butler channeled and embodied my father’s heart & soul beautifully.” In another post, she added, “In my humble opinion, his performance is unprecedented and FINALLY done accurately and respectfully. (If he doesn’t get an Oscar for this, I will eat my own foot, haha.)”

Official Unveiling of the City of Fort Lauderdale Aquatic Center

Skechers sues Hermès for patent infringement in a fight over comfort