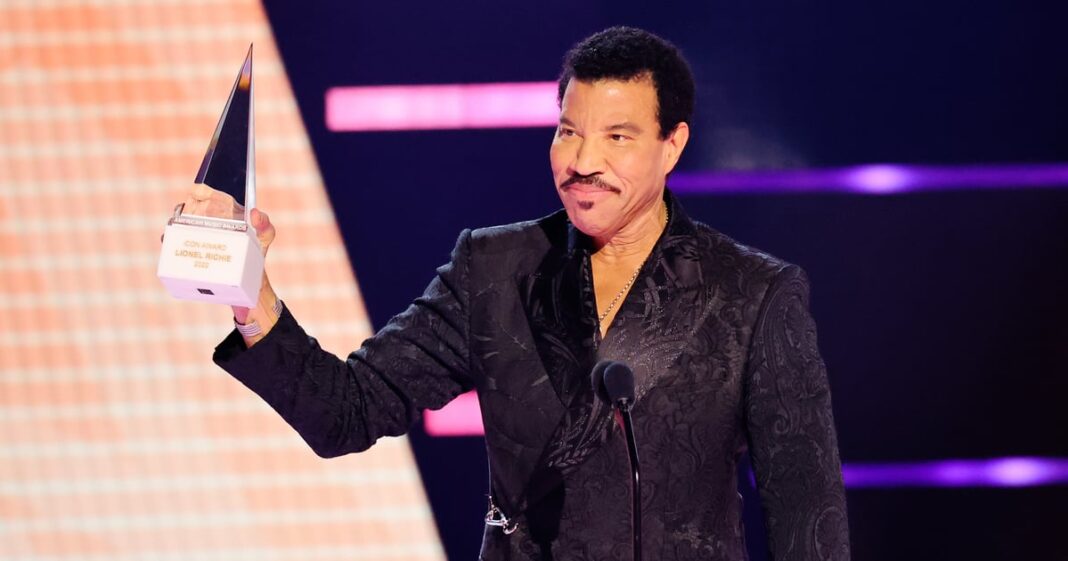 Lionel Richie received one of the most prestigious honors at the 2022 American Music Awards: the icon award. Every year, the noble honor is handed out to artists whose “body of work has marked a global influence over the music industry,” according to an AMAs press release. Considering that Richie collecting the award now makes him the only artist in American Music Awards history to be featured on the stage every decade since its 1974 inception, it sure seems he deserves the accolade.

The icon award makes 18 AMAs wins for Richie, and he couldn’t be more grateful. “I’m immensely grateful for a career that has taken me to places I never imagined that I’d go, from arenas worldwide to studio sets to the AMA stage,” he said in a press release. “I can recall one of the first times I got to perform at the AMAs. It was to sing ‘We Are the World’ among the most iconic musicians of my generation, so it is surreal to be receiving this recognition 36 years later.”

After his good friend Smokey Robinson presented him with the icon award Sunday night, Richie dedicated his acceptance speech to his children — daughters Sofia, 24, and Nicole, 41, and son Miles Richie, 28 — saying, “I want to thank my kids and the mothers of my kids for keeping my kids together.” He went on to thank his friends who have also supported his long-standing career.

The four-time Grammy winner has sold more than 125 million albums throughout his career, so there were plenty of songs to choose from when Stevie Wonder, Ari Lennox, and Charlie Puth graced the stage Sunday night to pay tribute to the musical legend. Wonder and Puth took turns performing riffs of some of Richie’s most iconic hits like “Three Times a Lady,” “Easy,” “All Night Long (All Night),” “Say You, Say Me,” and “Brick House” by the Commodores. Lennox, Robinson, Muni Long, Jimmie Allen, Yola, Melissa Etheridge, and Dustin Lynch — also joined by Richie — then appeared to sing his global charity hit “We Are the World.”

Watch Richie’s acceptance speech and see glimpses of his tribute ahead.

What’s New With C2 Montreal, The Most Innovative Conference