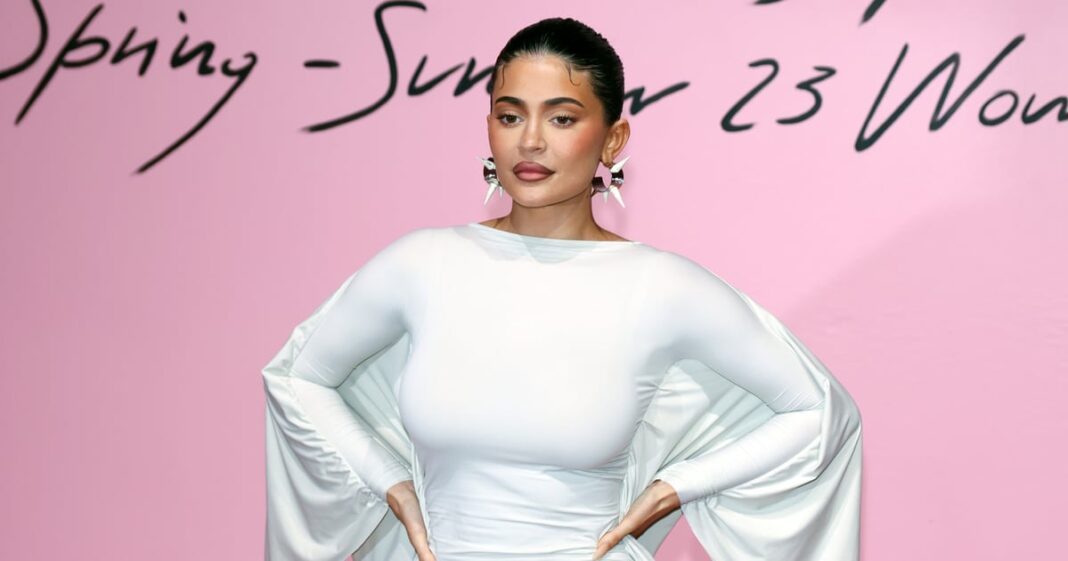 While we still don’t have an official name for Kylie Jenner and Travis Scott’s second child, formerly known as Wolf Webster, the beauty mogul shared a few rare photos of her son on her Instagram on Oct. 5. The first picture features Jenner with her son’s legs in her lap by the pool, followed by a snap of his tiny matching sneakers complete with red shoelaces. Jenner and Scott’s 4-year-old daughter, Stormi, is also pictured in a few of the photos.

While the pictures were a sweet glimpse into Jenner’s life as a mom, with the caption simply reading, “home 🦋🦋,” the internet seemed more concerned with the baby’s new name, which Jenner has yet to announce. “U named him HOME,” one user commented in reference to the caption, while another wrote, “What is this baby’s name, Kylie enough.”

“His name is still Wolf. His passport’s Wolf, but that isn’t gonna be his name. We’re just waiting,” Jenner recently clarified on “The Late Late Show With James Corden,” explaining that it quickly became clear to her and Scott that “Wolf” wasn’t the right fit for their son. Now, the two have (mostly) settled on a new name, but Jenner wants to be absolutely certain before she announces it to the rest of the world. “We’re just not ready to share yet,” Jenner said, although she did confirm that it’s not inspired by an animal. For now, curious fans will just have to continue to speculate and enjoy the small fragments of life Jenner does decide to post with both of her children.