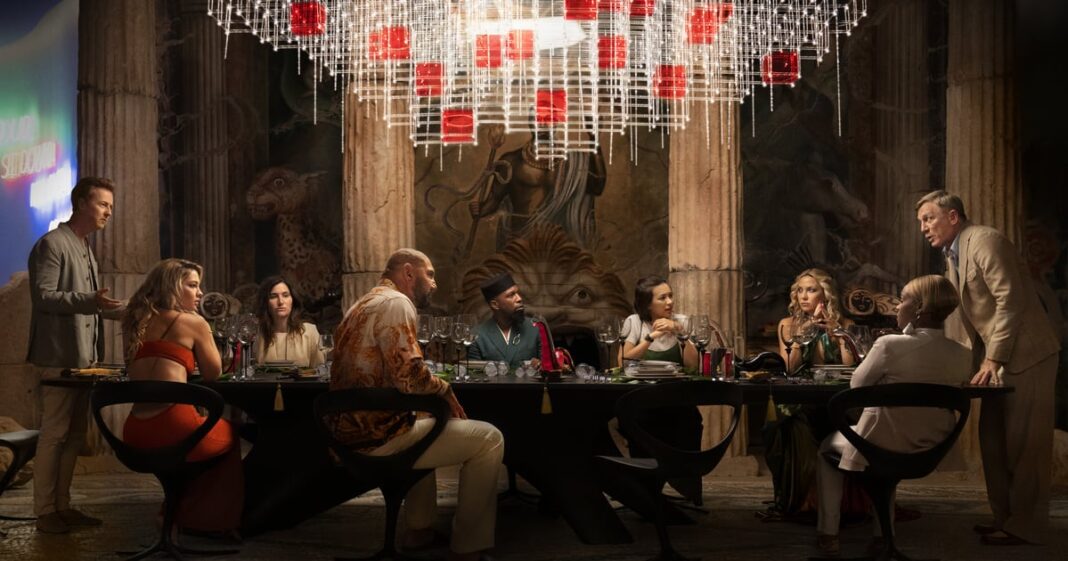 We finally have our first look at the “Knives Out” sequel, which is coming to Netflix this holiday season. In the new trailer for the movie, released Sept. 8, Detective Benoit Blanc (Daniel Craig) faces down a cast of possible suspects after someone turns up dead on a Greek island.

Jessica Henwick previously shared some details about filming “Glass Onion” during an interview with POPSUGAR in July to promote “The Gray Man.” Though she didn’t reveal anything major about the plot, she shared what things were like on set.

“It kind of felt going to summer camp, because we filmed for two months, a month in Greece and a month in Serbia, and the entire cast is in almost every scene,” she explained. “So we were with each other every day. We’d eat together, we’d see each other in the makeup chair.”

Henwick said of the star-studded cast, “I got amazing insight into how Daniel Craig crafted this character, and that was beautiful to witness, and there are some real heavyweights in the cast. I think fans are going to love it.”

She also revealed some of the hijinks they got into on set — namely, a chess tournament organized by Leslie Odom Jr., who taught them all how to play the game. “Daniel Craig refused to play. Edward Norton only played one game and he quit halfway through, but the rest of us consistently battled,” she says, though she admits Odom was “probably” the ultimate winner of the tournament since he had the most experience.

Let’s take a look at everything we know about “Glass Onion,” including the trailer, cast, release date, plot, and what the title might mean.