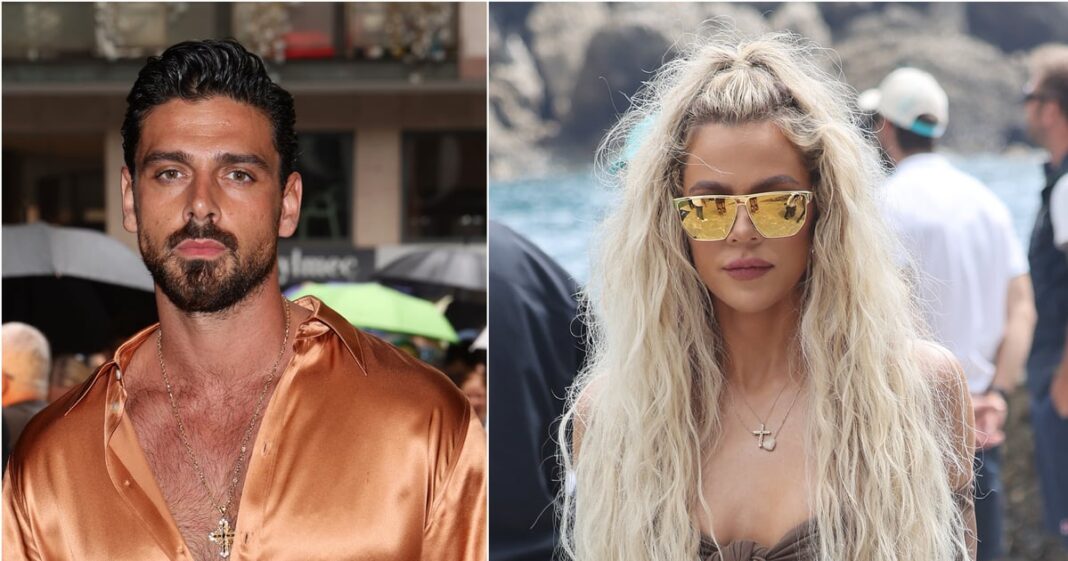 The internet is trying to manifest a new relationship for Khloé Kardashian. On Saturday, Sept. 24, “365 Days” star Michele Morrone shared a photo of himself with his arm wrapped around Kardashian backstage at Milan Fashion Week on his Instagram Story. In the cozy pic, Morrone looks as if he may be whispering something in the Good American founder’s ear.

For her part, Kardashian was at the event to support her sister Kim Kardashian’s debut collection with Dolce & Gabbana. It’s unclear how the mom of two and the Netflix star met up, but they did end up sitting together at Kim’s show. That was all it took for the internet to declare Kardashian and Morrone the ship no one knew they needed.

One Twitter user tweeted, “Khloe Kardashian and Michele Morrone (Massimo) is a duo I never knew I needed.” Another fan added, “you don’t understand after i’ve seen that picture i NEED khloe kardashian and michele morrone together.”

The overwhelming sentiment on Twitter is that it’s time for Kardashian to finally find someone who will remain committed to her. Whether or not Morrone is that person remains to be seen, but that’s not stopping fans from rooting for the duo. “Umm I need michele to be with khloe like this MUST happen i’ll never let it go,” one passionate Twitter user wrote.

Both Kardashian and Morrone appear to be single at the moment, although the Good American founder previously suggested that she’s focusing her energy on her children: True, 4, and her new baby boy, both of whom she shares with her ex Tristan Thompson. In June, the reality star commented on an Instagram post speculating that she was dating again with, “Definitely NOT True !!! I love you! Thank you for the nice wishes but I am not seeing a soul. I am happy focusing on my daughter and myself for awhile.”

As for Morrone, he hasn’t opened up about his dating status, but he did reveal himself to be a romantic at heart during an August interview with Decider. While talking about his Netflix movie, “The Next 365 Days,” Marrone explained why he thinks it’s time to get back to old-fashioned, pre-internet-era romance.

“In these days, it’s incredibly difficult to find real love because everyday we’re bombed by social media, this weird app, to find each other,” he said. “And they found each other without an app. They found each other without social media. Their love exploded in such a deep way that it’s very difficult to find in these days. If you think about poets in the 1890s, they used to write about love and it was deep. They used to feel love much more than now.”

Is it any wonder the Morrone–Kardashian ship is already taking off?