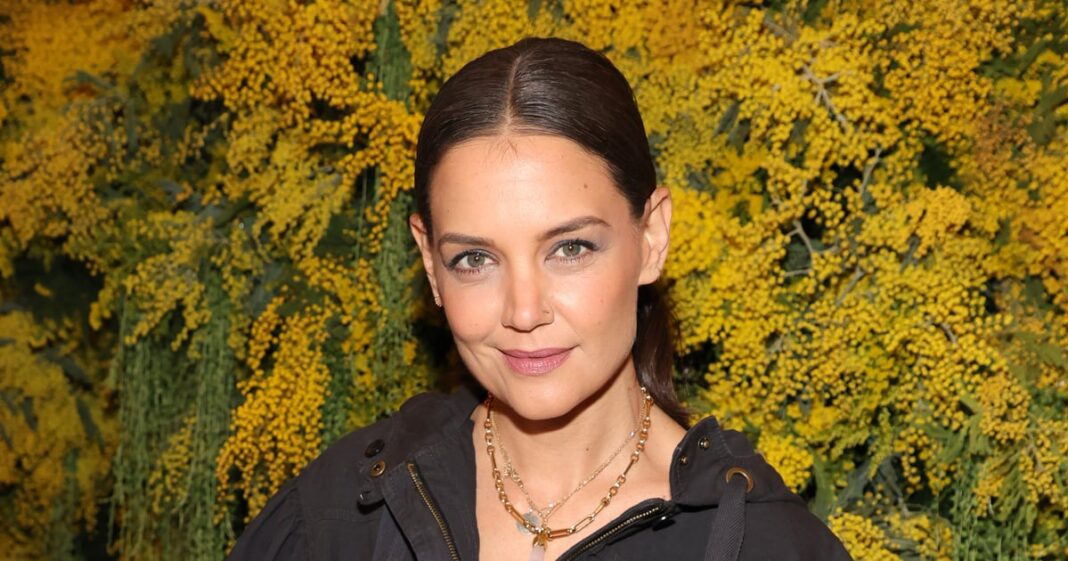 Suri Cruise is stepping into the spotlight. In a July 26 interview with Yahoo! Entertainment, Katie Holmes revealed her daughter, Suri, whom she shares with Tom Cruise, sings in the actor’s new film, “Alone Together.”

“I always want the highest level of talent, so I asked her,” Holmes said, sharing that Suri sings a cover of “Blue Moon” that appears in the opening credits of “Alone Together,” a movie about two strangers forced to live together during the first weeks of Covid-19 lockdowns. Holmes wrote, directed, and stars in the film. “Blue Moon,” originally written by Richard Rodgers and Lorenz Hart in 1934, was famously covered by Diane Keaton in the 2014 movie “And So It Goes,” and Holmes added that Suri has a connection to the song because Keaton “met my daughter when she was a year old.” It also doesn’t hurt that Holmes has long been a fan of the “Baby Boom” actor.

She also revealed that 16-year-old Suri sang in her film “Rare Objects,” which came out last fall, and praised her daughter’s vocal prowess. “She’s very, very talented,” Holmes said. “She said she would do it, and she recorded it — and I let her do her thing. That’s the way I direct in general: it’s like, ‘This is what I think we all want — go do your thing.'” Still, she emphasized that Suri still lives an ordinary life despite her Hollywood credentials, adding that “other than that, she’s a 16-year-old kid doing high school.”

Over the years, Holmes has kept her private life quiet, but in 2019, she opened up to Elle UK about why she’s glad she became a mom in her 20s. “It’s been nice that our ages fit,” she told the publication. “How do I put this? Every age that my child has been and my age at that time has been a good match. We kind of grew up together.”

And now it seems they might just take Hollywood by storm together, too.