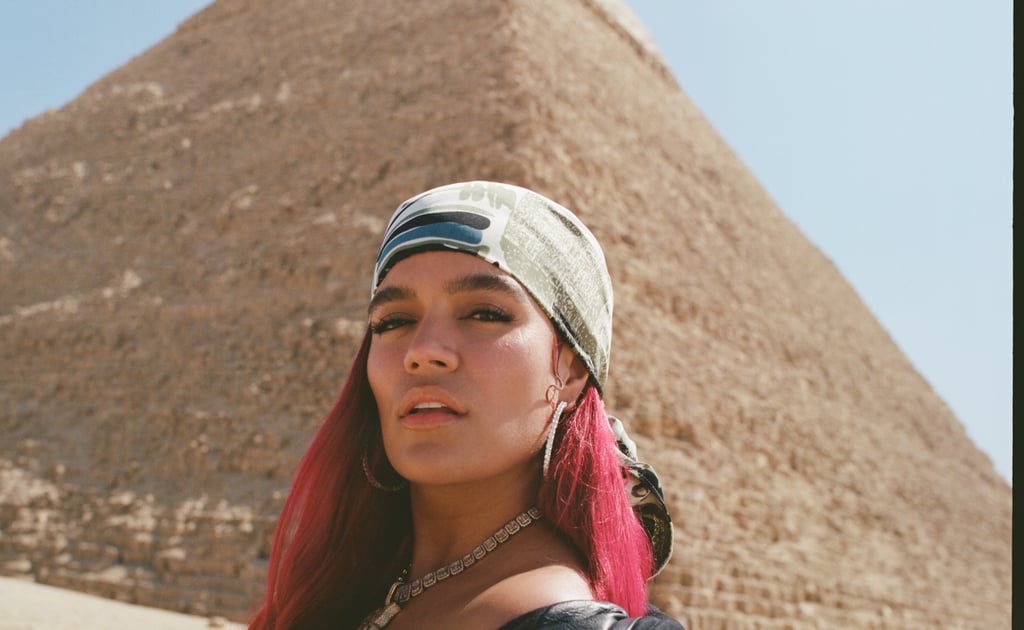 Karol G is taking us all to the pyramids. The artist released the music video for “Cairo” on Nov. 13, and the visually gorgeous tour of the Egyptian city doubles as a celebration of the artist’s star power.

The video was shot in Cairo, produced by Pedro Artola, and directed by WeOwnTheCity. The track was produced by Karol G’s longtime collaborator Ovy on the Drums. The video comes on the heels of the massive success of Karol G’s recent “Strip Love Tour,” which took her across America and became the highest grossing tour by a Latin woman artist, according to a press release sent by Karol G’s reps to POPSUGAR.

“Cairo” is Karol G’s fourth single of 2022. She released the song “Mamiii” with Becky G in February, followed by a solo song, “Provenza,” which dropped in April. “Gatúbela,” a collaboration with Maldy, was released in August. “Cairo” was released on Nov. 8.

“I had a slightly more ambitious vision in this country: Close the streets, the sphinx, and the pyramids of Egypt to achieve a video that was always in my mind, in my goals to meet and in my heart!” the artist wrote in an Instagram post about the song, per Remezcla. “That majestic moment when I myself arrived at this place and saw that after how difficult it was to achieve it, it was already a reality! I hold onto this as one of the best feelings of my life!!! Fulfilling dreams while working and telling the world about them is priceless!”

Currently, Karol G is nominated for several Latin Grammys, including record of the year and song of the year for “Provenza” and best urban song for “Mamiii” alongside Becky G. At April’s Latin American Music Awards, she was the night’s biggest winner, per Variety, taking home six awards, including artist of the year.