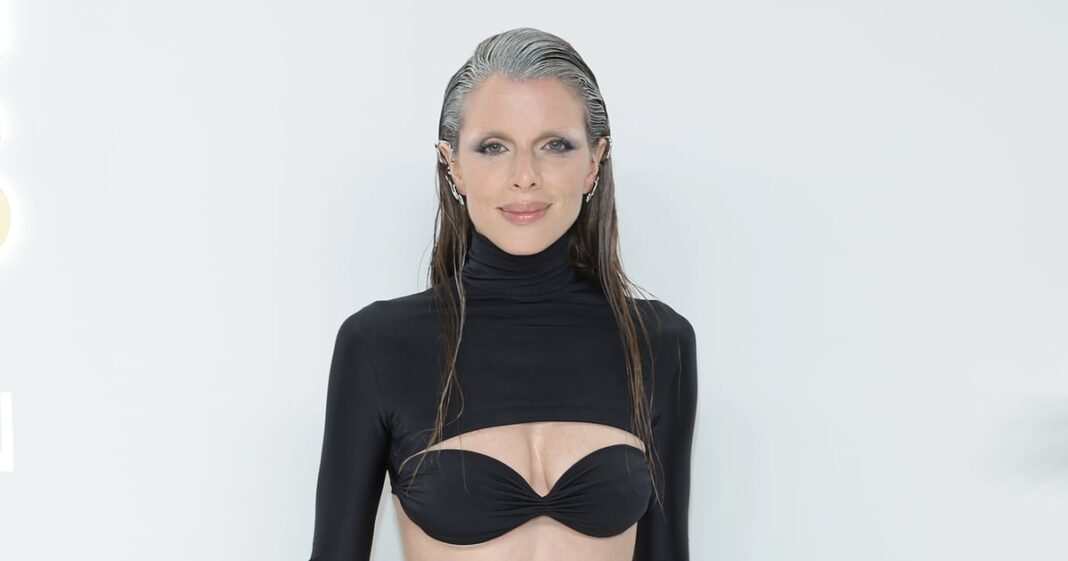 Private jets, Chanel bags, luxury shopping sprees — that’s just another date for Julia Fox. In a Jan. 4 appearance on “Watch What Happens Live With Andy Cohen,” the model and actor talked about the best celebrity date she’s been on, hinting that it may have been with Drake, the Champagne Papi himself. After Cohen asked Fox, she paused for a moment, deep in contemplation. “I flew on a private jet, cuddled on the jet, landed, got some Chanel bags, it was just great,” she finally responded. “Who was the person?” Cohen asked. “I can’t say. I really really can’t say,” Fox told him. “But, it was obviously an A lister.”

Later on in the show, Cohen once again tried to uncover the identity of Fox’s mystery date, but this time with more success. He started by saying that the internet was coming up with its own theories, name dropping the biggest suspect. “OK, everyone wants to know if it was Drake that took you on that date,” Cohen prompted the “Uncut Gems” star. Fox sighed in exasperation, seemingly a little less guarded. “Maybe,” she said with a smile and a shrug, eliciting a big reaction from the audience, who took her body language as confirmation. “Very good, I love it — wow, how’d they figure that out?” Cohen said. “Shouldn’t have given me that shot,” Fox replied.

Last year, Fox notoriously dated Kanye West, who is no stranger to luxury himself, gifting Fox’s friends $10,000 Birkin bags in honor of her 32nd birthday. On their second date, West even organized a photo shoot in the restaurant they visited, complete with an entire hotel suite full of clothes. But according to Fox, shopping with Drake still topped that. Watch the full clip below for more details on Fox’s alleged date with Drake, and see if you can envision the two together.

Julia Fox opens up about her best date with a celebrity & teases that it was with rapper Drake. #WWHL pic.twitter.com/wXqq5cWm8O