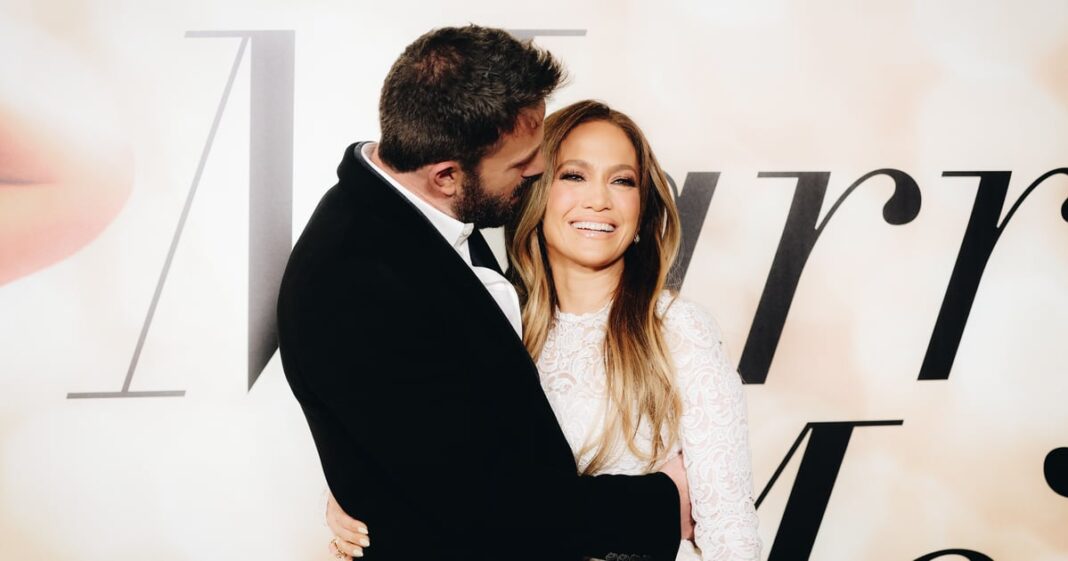 Jennifer Lopez and Ben Affleck appear to be close to saying “I do.” Popsugar obtained a copy of the couple’s marriage license which they filed in Clark County, NV, over the weekend. The news comes four months after they announced their engagement in April.

Lopez and Affleck’s storybook romance began decades ago, way before they officially rekindled their relationship in July 2021. The two stars met in 2001 on the set of their rom-com, “Gigli,” and wasted no time getting engaged the following year. However, just days before their planned 2003 wedding, the two called it quits on their nuptials and relationship due to excessive media attention.

After getting in new relationships — Affleck married and divorced ex Jennifer Garner; Lopez married and divorced ex Marc Anthony and dated Alex Rodriguez — the couple eventually found their way back to each other and got engaged again, revealing the big news in Lopez’s April 12 “On the JLo” newsletter. “Saturday night while at my favorite place on earth (in the bubble bath), my beautiful love got on one knee and proposed,” she wrote of Affleck’s proposal, per Us Weekly. “I was taken totally off guard and just looked in his eyes smiling and crying at the same time.”

The singer added that she was “trying hard to get my head around the fact that after 20 years this was happening all over again. I was quite literally speechless, and he said, ‘Is that a yes?’ I said, ‘YES of course that’s a YES.'”