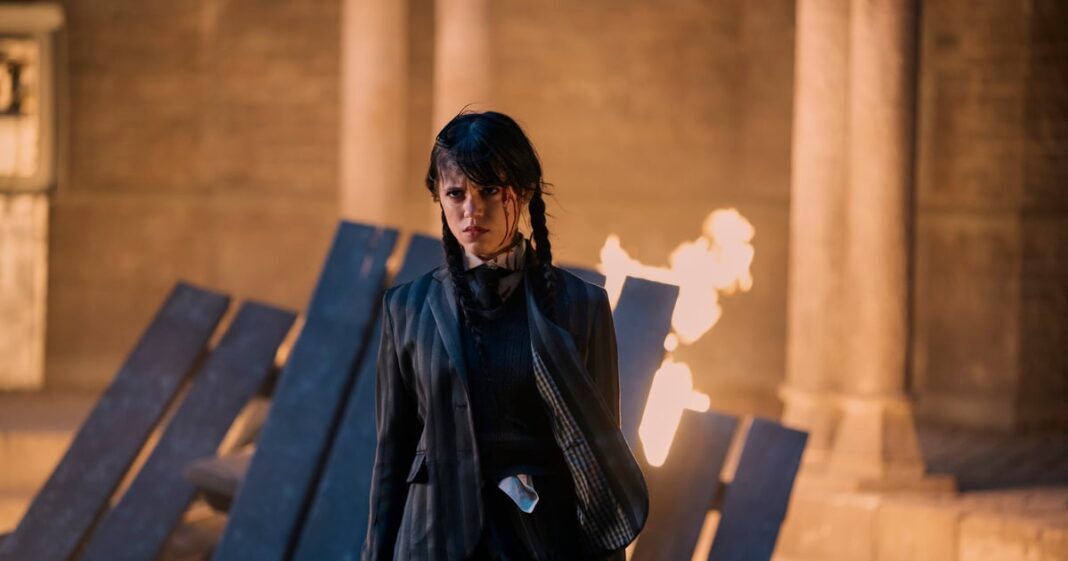 Jenna Ortega plays Wednesday Addams in Netflix’s “Wednesday,” expertly embodying the character in all her gothic glory. The show has been a massive success by all accounts, becoming Netflix’s second-most-streamed debut show after “Stranger Things” season four, largely thanks to Ortega’s performance. But according to Ortega, some of Wednesday’s lines weren’t originally up to her standards.

“I remember there’s a line where I’m talking about a dress and initially she was supposed to say: ‘Oh my god, I’m freaking out over a dress, I literally hate myself,'” Ortega shared in a Netflix Q&A, which a user named @dannyrayes shared on TikTok. The line was referring to a scene where Wednesday sees the dress she later wears to prom, but Wednesday’s original reaction to it felt inauthentic to Ortega. “I was blown away because that sounded like . . . It was just a bunch of little things like that where I felt like we were able to avoid a lot of dialogue in an attempt to make her sound human,” she continued.

In the comments on the TikTok, viewers praised Ortega for her judgment. “Gotta give credits to actors who know their characters better than the writers sometimes,” one commenter wrote. “I’m so glad that she didn’t say that,” another added. “Without Jenna, Wednesday would be typical ✨not like others✨ gothic teenager.”

Ortega has been very open about her love for the character. “It was a very freeing, gratifying experience, because you don’t have to care,” she said in a Nov. 21 interview with Tudum. “If you’re in a bad mood, and you have a stink face, it doesn’t matter. . . . [Wednesday] sticks to her guns, and she’s not out to please anybody. Which, as someone who used to be an immense people pleaser, I really respect.”