Jacob Scipio Talks Playing Michael Vargas on Pieces of Her

Not everything is quite what it seems in Netflix’s latest series, “Pieces of Her.” Based on Karin Slaughter’s 2018 novel of the same name, the eight-episode thriller follows Bella Heathcote’s character, Andy, as she sets out to uncover the truth about her mother Laurie’s (Toni Collette) dark past after a shooting in their small town puts their lives in danger. The series also stars Jacob Scipio, who plays Michael Vargas, a mysterious stranger on Andy’s trail that eventually turns into the only person she can trust.

You might recognize the 29-year-old actor from some of his previous roles, which include SGT Justin Gallegos in 2019’s “The Outpost” and Armando Aretas in 2020’s “Bad Boys For Life.” He’s also set to star in the upcoming “Expendables 4” film and “Batgirl” alongside Leslie Grace, but right now, he’s celebrating the release of “Pieces of Her,” which premiered on Netflix on March 4.

POPSUGAR caught up with Scipio ahead of the show’s debut, and he told us everything, from what it was like stepping into Mike’s shoes to the on-set pranks between him and Heathcote and he even teased his super-secret role in “Batgirl.” As of now, “Pieces of Her” hasn’t been renewed for a second season, but if and when it does, Scipio is on board to return and continue telling Mike’s story.

“You’re just seeing the beginning of Mike Vargas. At the end, he’s heading off to DC, and he’s like a dog with a bone. If he senses any sort of malfeasance or wrongdoings or jiggery-pokery, he’s going to want to figure it out,” Scipio told us. “‘Vargas’ actually means ‘steep hill,’ and for him, that’s pretty much what his life has been like. He’s either on a long, hard climb up or sliding down. And at any rate, there’s no sign of the top. His life is a struggle, so he’s ready for the fight.” 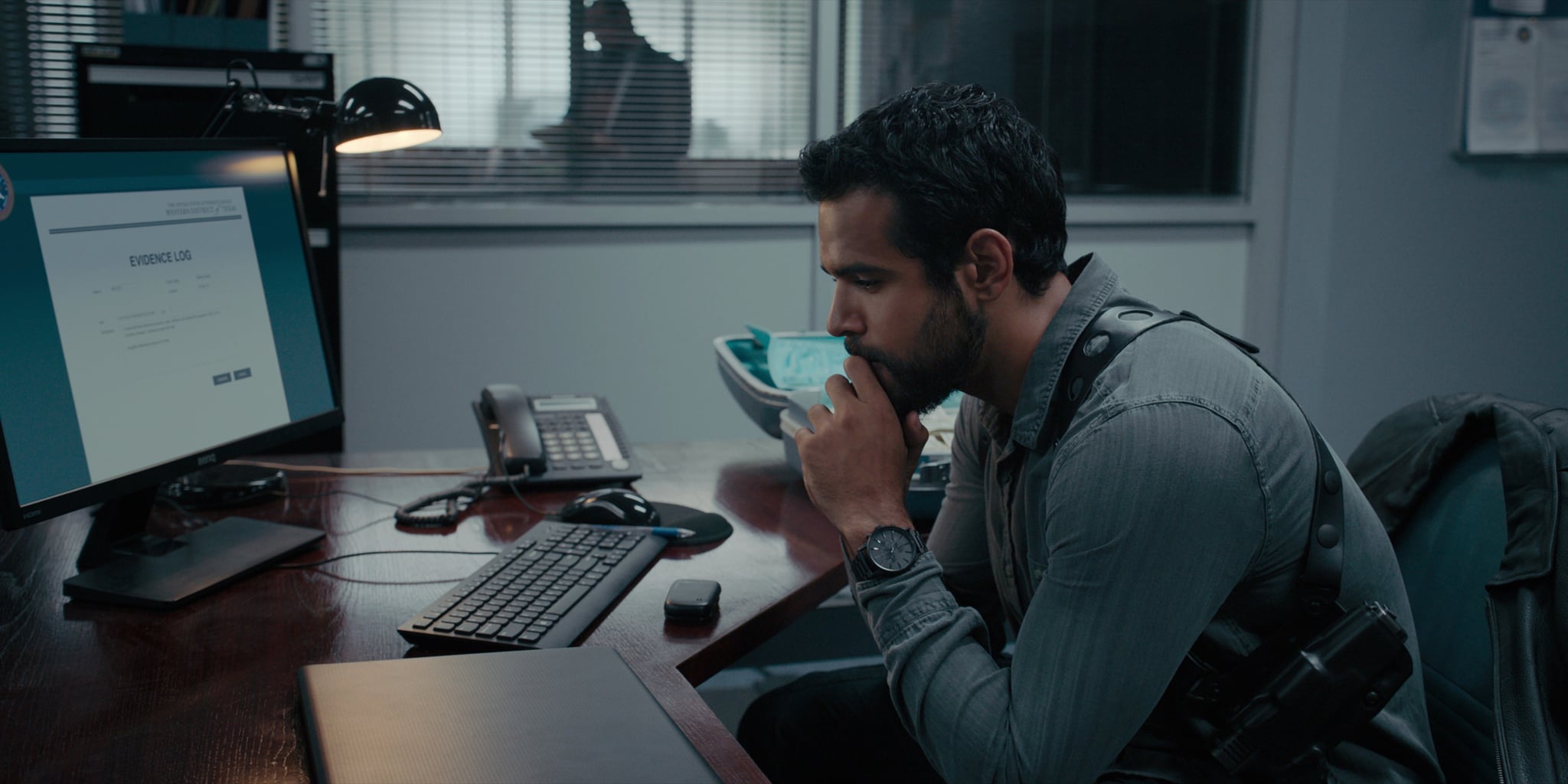 POPSUGAR: In “Pieces of Her,” you play US Marshal Michael Vargas who follows Andy around as she sets out to uncover the dark truth about her mom. What initially attracted you to the role of Mike?

Jacob Scipio: Usually, I play quite muscular roles, so whether it was “Bad Boys” or “The Expendables” or “The Outposts,” these are guys who have a lot of braun, a lot of personality, and they always carry a gun. So I was interested in a bit of a departure from that and being a little bit more mysterious. The interesting thing with Mike Vargas is that while he’s great at his job, he plays by his own rules. He’s not afraid to paint outside the lines and he’s a bit of a loner as well. I think there’s some part of him that wants to participate in a crisis, so he’s forced to see what he’s made of and that’s where he meets Andy. At that point, Andy’s pretty messy. And I think she starts to rub off on him a little bit.

I enjoy skating the line of what’s good and evil. Humans are very complicated people. It’s not always black and white. There’s the ying and the yang in everybody. There’s good and bad, so those type of complicated characters really attract me.

PS: Bella Heathcote recently told us that the cast wasn’t allowed to read Karin Slaughter’s book, which the show is based on. Even though you weren’t allowed to, did you break the rules and read it like she did anyway?

JS: Karin’s a fantastic author, but I didn’t end up reading the book. What I usually do with my work is it starts with the script for me — that’s where I take my inspiration and build the character from. So I created a whole backstory for him — a character study, if you will — and I broke it down into three or four main stages: the cultivation, which was his upbringing; the enlightenment, which was his education; and his footprint, which is where we find him now, US Marshal going from asset forfeiture to fugitive apprehension to now witness security. I like to know where my guy has been from the minute he was born to the minute the script begins. It’s a little obsessive I’ll admit, but it helps me with my process.

PS: Did you undergo any special training or do anything different to prepare for this specific role?

JS: Aside from the usual workout regimes and weapons training, I took like a duck to water to it, because I really knew this guy. And I think that’s what Minkie [Spiro], a fabulous director, saw in me. He really rang true with me and I saw a lot of myself in Mike. 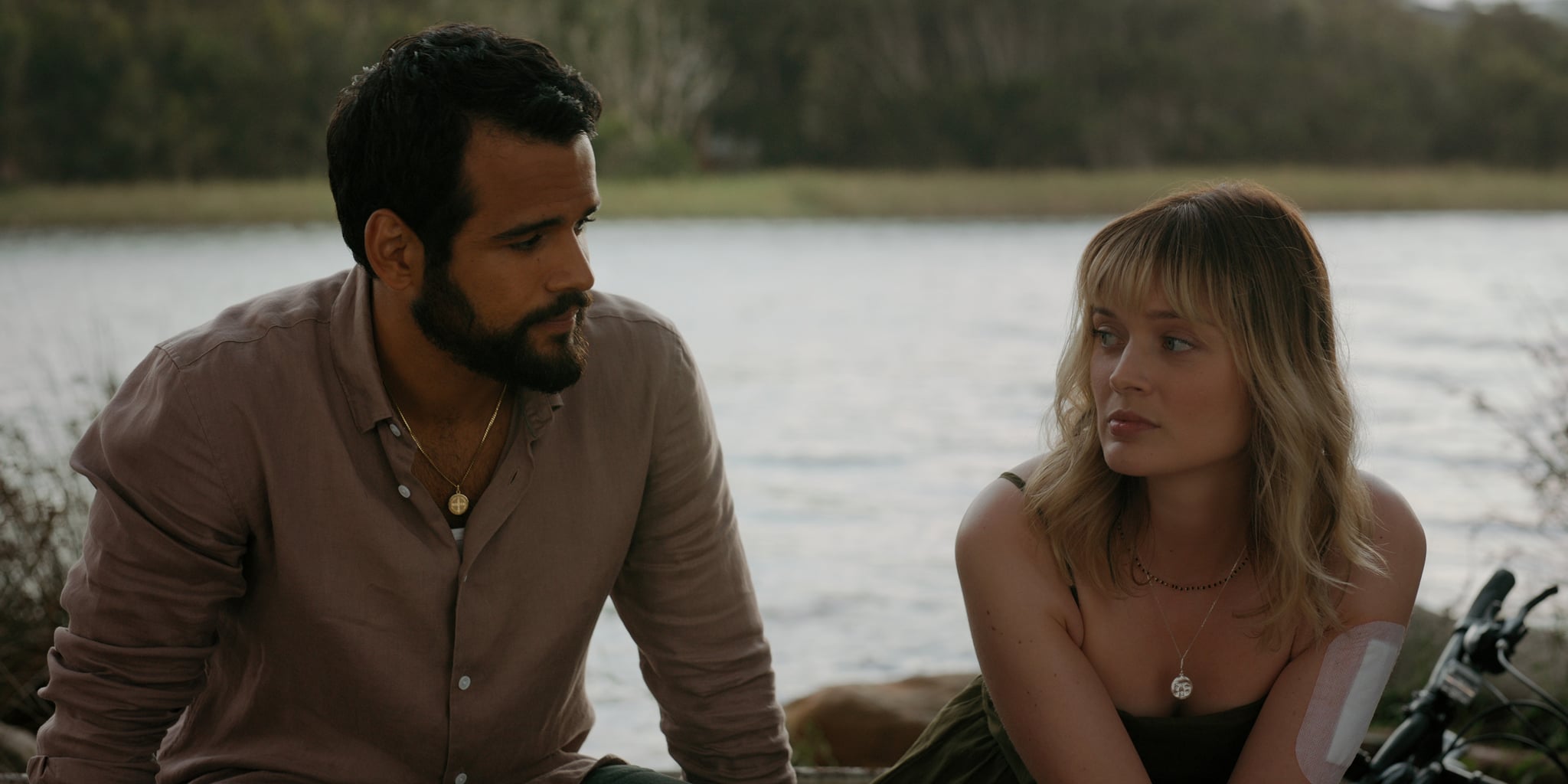 PS: It seems like you and the cast formed a pretty tight bond on set. Heathcote told us about how she pranked you by swapping out your lip balm for a lip scrub. Can you tell me about that?

JS: There were a lot of high jinks on set and that was actually on my first day, so it was a bit of a hazing process. I had just woken up from a nap because I was still jet-lagged coming from London. So I just took a 20 minute nap [in my car] at lunchtime . . . Then they knock on the window and they’re like, “Come on. It’s time.” I’m like, “OK, cool.”

I run to set and get my makeup done outside the location, not even in a trailer, so everyone’s around. And then the makeup artist starts putting this lip balm on me and it feels weird. I’m like, “What is this? Something’s off.” And then I noticed a shift in the air, everyone’s gone really quiet, and my spidey senses started tingling. I was like, “Something is up here. Somebody’s f*cking with me.” So I turn around and our head makeup artist and Bella are really trying hard to hold back the laughter. And I literally go, “What the f*ck is going on, guys?” They crack up. They’re like, “Oh, oh, it’s all a joke. It’s actually lip scrub, not lip balm. We just wanted to prank you.”

So I immediately was like, “OK, we’re playing this game? Cool.” So I turned around and I said, “Well, what was in the lip scrub?” And they were like, “Oh, nothing really.” I was like, “No, what ingredients were in the lip scrub?” And then she started reading out glycerin and all this stuff. I was like, “I’m allergic to glycerin.” They’re like, “Oh yeah.” And I was like, “No, seriously, I’m allergic to glycerin. You need to go and get one of the PAs now and send them over my trailer to get my EpiPen, so I don’t go into anaphylactic shock.” So they start running around and I’m just loving it because I’m like, “OK, you want to f*ck with me? Say hello to the bad guy.”

I dragged it on a little bit. My makeup artist and Bella would check up on me throughout the rest of the day, saying, “How are you?” [And I’d say,] “Don’t know. I can feel them really plumping up. The swelling, guys. Can you get me some ice?” So then they got me some ice. She brings it over in a little cup and I couldn’t continue, so I said, “I f*cking got you back. That’s what you deserve.” But it was good. It spoke to how comfortable we were around each other from the jump. It was a fantastic experience and a fantastic environment to be in as well.

“Everybody has secrets and when those secrets come out, it can be dangerous.”

PS: What was your favorite moment from working on the show?

JS: The whole thing was incredible. We were shooting on location [in Australia] for the whole shoot. Mike is the type of guy who enjoys life on the road. He enjoys being a loner and he’s at his best rolling around in the dirt. That’s where he really comes into his own. And Andy, not so much. So when they are on the road together, this is Mike’s natural habitat. Stopping in dirty motels, the highways, byways, diners, and the gas stations — that’s Mike’s life, so we were actually in a lot of locations like that.

JS: Physically grueling was that fight sequence, which we had in the motel where you actually realize Mike’s intentions for the first time: that he is there protect and act as almost a steward to Andy and that he does care about her safety. Another mysterious character comes in, sneaks into the hotel, and tries to murder Andy in her sleep, and I come charging in like The Rock [Dwayne Johnson] from WWE and take him out. That was a tough day because in those fight sequences, when you’re rolling around in the dirt, you can get a couple bumps and scrapes, but I love that. I’m like a kid in the candy store when it comes to that roughhousing type stuff.

PS: How many times did you have to film that scene to get it right?

JS: I believe we spent a good couple takes — four or five in different angles. We just got to do it until we get it right and that’s what’s important at the end of the day. This lasts forever and we want to make sure that the people who watch this series really get the most out of it and feel that brutal visceral violence that can happen when you’re uncovering the truth and escaping your past, which is basically what this is about. Everybody has secrets and when those secrets come out, it can be dangerous. I mean, what would you do if you discovered that someone dear to you was living a dangerous life?

PS: In addition to “Pieces of Her,” you recently started filming “Batgirl” with Leslie Grace. What can fans expect from the film?

JS: Obviously, I have to pick my words quite carefully here because my tongue is pretty tied with it. But I can say that my character is in the comics. He wants to make Gotham a better place. And he’s in a situation with Batgirl. Let’s just say that.

“Pieces of Her” is available to stream on Netflix now.