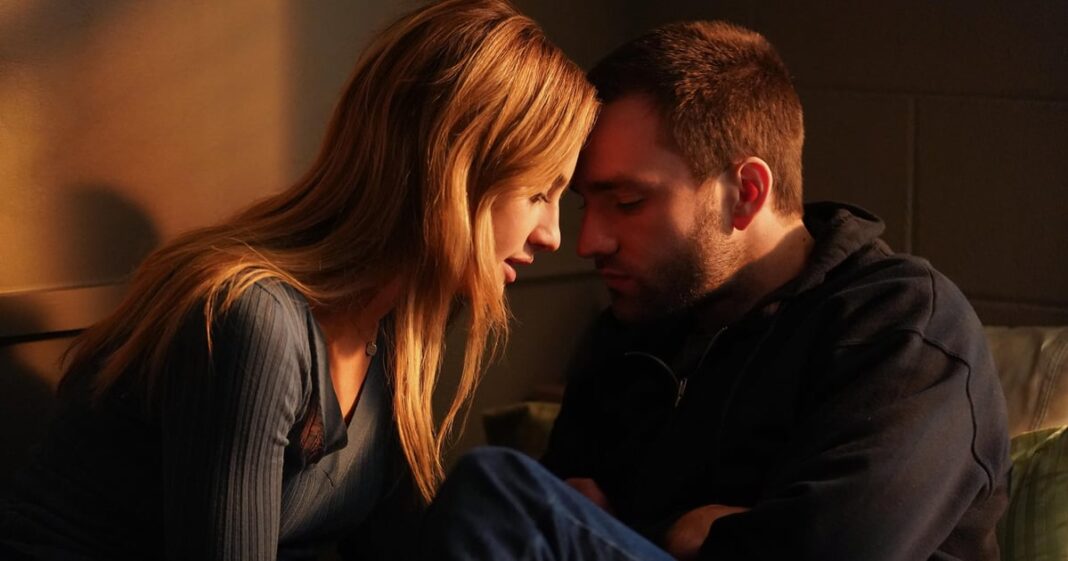 Carola Lovering’s 2018 novel, “Tell Me Lies,” is getting the TV treatment — but don’t expect a totally straightforward adaptation. Starring Jackson White and Grace Van Patten, the 10-episode series unpacks the toxic, all-consuming romance between college students Lucy Albright (Van Patten) and Stephen DeMarco (Jackson White), which unfolds over the course of eight years. Think: the After movie franchise and Netflix’s “You.”

“It is the three-dimensional version,” White tells POPSUGAR of how the show compares to the book. “We had the blueprint and the template to go off of and play from, but it’s a completely different thing, and it’s given life to all these book characters. It’s really cool.”

According to Van Patten, the series “takes its own path in terms of plot and little twists and turns, but the characters are still the same.” She adds, “I think fans of the book will be just as surprised.”

The trailer, which dropped on Aug. 4, gives viewers a montage of Lucy and Stephen’s roller-coaster romance. In the beginning, Lucy and Stephen are two typical college students who can’t get enough of each other, but as their relationship progresses, things take a dark turn, and their lives are forever changed. “There’s a lot about him that you don’t know,” one of Lucy’s friends tells her in the clip.

“There’s no predicting any next move,” Van Patten says. “I love watching things like that where I cannot figure out what’s going to happen next.”

Without giving away too much, White teases, “Everything is earned in this show. Every twist and turn and thing that happens is so earned by the pace of the show and the way it’s written. Everything is perfectly timed.” He also assures that viewers are going to feel “really weird and good” while watching, but he ultimately hopes the series teaches people the importance of communication.

“I hope that if they have seen this in their own lives [or] they’re reminded of something, maybe they can process it in a helpful way. And I hope that if they haven’t been through something like this, maybe they learn what not to do,” he says. “Don’t lie. Process, externalize, talk it out, communicate. That’s the big thing — these guys aren’t communicating. No one is saying what’s really going on.”

The first three episodes of “Tell Me Lies” premiere on Hulu on Sept. 7, with new episodes airing weekly on Wednesdays.

As You Begin Your First Season