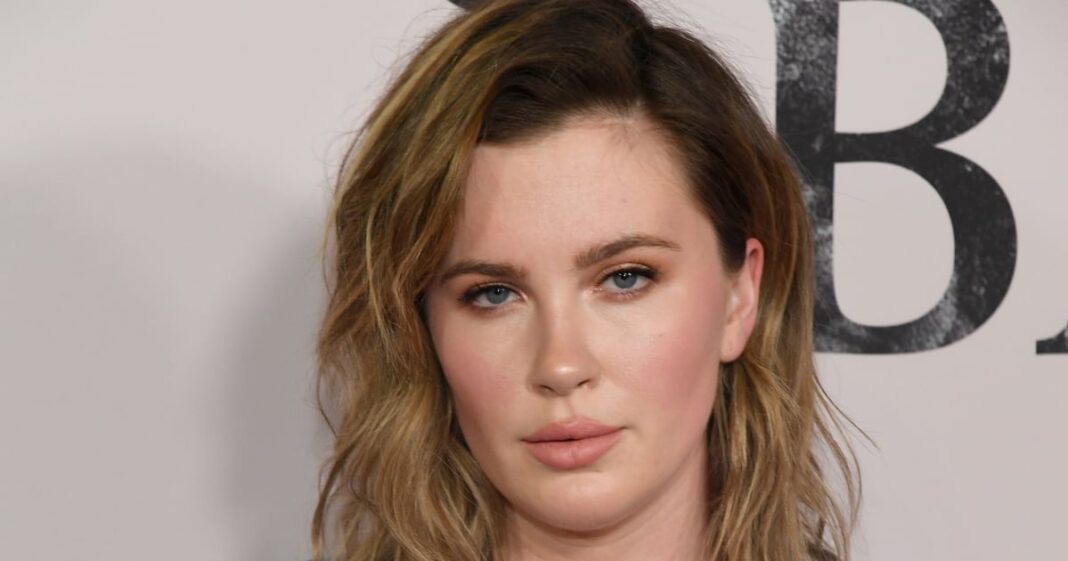 Ireland Baldwin just revealed 2023 is going to be a big one for her family. On Saturday, she and her musician boyfriend RAC (who also goes by André Allen Anjos) revealed they’re expecting their first child in the new year. The couple shared the news by posting the same sonogram photo to their respective Instagram grids alongside the caption, “Happy New Year ❤️.”

The couple have been dating for at least a year, but thanks to their life in Oregon, they largely keep a low profile despite Ireland hailing from a famous Hollywood family. The 27-year-old is the only child of Alec Baldwin and Kim Basinger, who divorced in 2002. In 2012, Alec married Hilaria Baldwin, whom he shares seven children with: Carmen (9), Rafael Thomas (7), Leonardo Ángel Charles (6), Romeo Alejandro David (4), Eduardo ‘Edu’ Pao Lucas (2), Maria Lucia Victoria (23 months), and Ilaria Catalina Irena (4 months).

While Alec, Basinger, and Hilaria have yet to publicly respond to Ireland and RAC’s news, plenty of their friends have been showering them with well wishes in the comment section on their post. Rumer Willis (who is also expecting her first child in 2023) wrote, “Yay can’t wait to meet you little one.” Francesca Scorsese added, “Congrats!!!! Omg!!!!” And Caroline Rhea commented, “Congratulations! You will be an amazing Mama❤️.”

Ireland’s news comes just three months after her father and Hilaria welcomed their seventh child. In a since deleted April Instagram post, the soon-to-be-mom shared her thoughts on her father’s growing family. “I get countless messages from people who are kind of alarmingly obsessed with my father and his family,” she wrote, per E! News “I think a lot of people assume my take on this, well here it is for free — it’s none of my business. My parents have been very helpful in my life. My mom has never gone a day without telling me how much she believes in me. I have tried to be so many versions of what people expected me to be.”

She concluded her post, “All that matters is I approve of me, and it feels damn good. I am so grateful and lucky to be where I am. Thank you to those who always send me support and kind words.”

Starting A Clothing Brand Master Class | From The Ground Up