How Accurate Is Monster: The Jeffrey Dahmer Story? 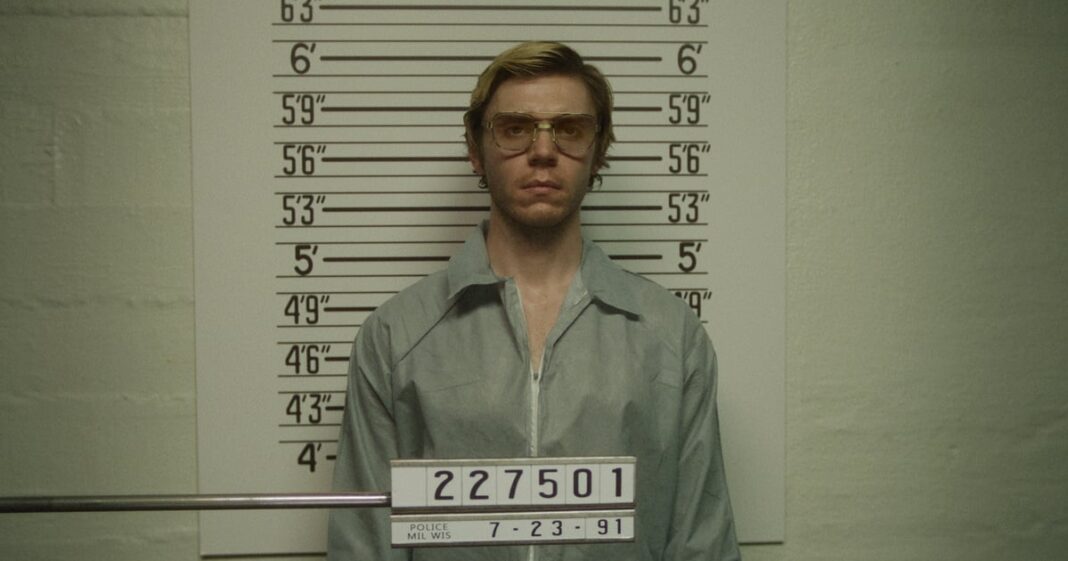 Netflix has produced its fair share of true-crime dramas throughout the years, but nothing has been quite as chilling as “Monster: The Jeffrey Dahmer Story,” which documents the life of the infamous serial killer through intimate vignettes of his troubling life. The 10-episode series, starring Evan Peters, gives viewers a sense of what it was like for Dahmer’s family, his victims, and even his neighbors — Glenda Cleveland and Pamela Bass — to watch as his grueling crimes unfolded.

While the show has garnered controversy for glorifying Dahmer’s crimes and exploiting the trauma his victims endured, as of Sept. 27, the show is currently Netflix’s most-watched title, amassing more than 196 million viewing hours in the past week, per CNN. The hype behind “Monster: The Jeffrey Dahmer Story” aligns with the actual hysteria that possessed Americans when Dahmer’s story was first revealed.

But how much of the show is rooted in fact? As chilling as it is, the answer is most of it. Keep scrolling for a deep dive into what was fictionalized and what actually happened because of the heinous killer.

“Monster: The Jeffrey Dahmer Story” begins where Dahmer’s rampant killing spree ends: when he is finally arrested for the attempted murder of Tracy Edwards. The reality of Dahmer’s arrest is not much different than the series’s first episode, which shows Edwards escaping Dahmer’s apartment and flagging down local authorities. Similar to the events depicted in the series, the Milwaukee Police Department found Edwards running half naked with handcuffs on following his escape. Edwards then led the authorities back to Dahmer’s apartment, where they uncovered the crime scene of 15 murders that year.

Toward the end the series, Edwards testifies against Dahmer in his case against the state of Wisconsin, which also happened in real life. Edwards was instrumental in the prosecution of Dahmer and gave a gruesome testimony of the man who lured him back from a bar under the false pretenses of watching “The Exorcist” before attempting to drug, sexually assault, and murder him. “[Dahmer] underestimated me,” Edwards said, according to ABC. “God sent me there to take care of the situation.”

Did Jeffrey Dahmer Actually Go 9 Years Without Killing After His First Victim?

Dahmer’s first victim was a hitchhiker in Cleveland. In episode three, titled “Doin’ a Dahmer,” we see the serial killer pick his first victim, Steven Hicks, right off the street. Hicks was hitchhiking in Akron, OH, when Dahmer lured the 18-year-old back to his childhood home, where his family used to leave him alone for months at a time. When Hicks tried to leave, Dahmer struck him from behind with a barbell and strangled him to death. Compared to real-life events, this depiction is also fairly accurate. In the show, Dahmer takes a nine-year hiatus from killing after murdering his first victim. In reality, Dahmer killed his second victim, Steven Tuomi, only four months after Hicks. He detailed his first killing, and the remorse he felt thereafter, in a jailhouse interview with Inside Edition in 1993.

Who Were Jeffrey Dahmer’s Victims?

While “Monster: The Jeffrey Dahmer Story” doesn’t go into detail about every murder he committed, it paints a vivid picture of the rituals the killer relied on to effectively prey on the young, local, BIPOC, and LGBTQ+ community. By zooming in on the backstory of a few of Dahmer’s victims, like his romantic relationship with his boyfriend and eventual victim Tony Hughes, who was also a part of the deaf community, the show tries to pay homage to the toll these murders took on his victims’ families. Nonetheless, there will never be enough justice brought to the families who lost their loved ones to Dahmer’s violence.

Ahead, see a timeline and breakdown of all the victims Dahmer confessed to killing over the years:

Was Jeffrey Dahmer a Cannibal?

Some of the most gruesome scenes in “Monster: The Jeffrey Dahmer Story” involve Dahmer’s cannibalistic tendencies, and unfortunately, these tendencies are also an accurate depiction of his real-life habits. In an interview for Inside Edition in 1993, Dahmer told the platform that his urge to eat people stemmed from the desire to have complete and total control over them. The killer never went into immense detail about the number of victims he actually consumed. So while we don’t know the exact amount, the murderer has been open about eating human organs.

Did Jeffrey Dahmer Die in Prison?

In the series’s final episode, “God of Forgiveness, God of Vengeance,” Dahmer is beaten to death by a fellow inmate at the Columbia Correctional Institute. The scene is rewarding as an outsider who watches Dahmer get away with several crimes before his incarceration. It’s also a full-circle moment considering he killed his first victim with a barbell. Like most of the other striking moments in this series, the details of Dahmer’s death are also accurately portrayed on screen. Dahmer died two years into his lifelong sentence in 1994 at age 34, according to The New York Times, in the same way his final breaths were depicted in the show.

Why Is There No Good Event Management Software?