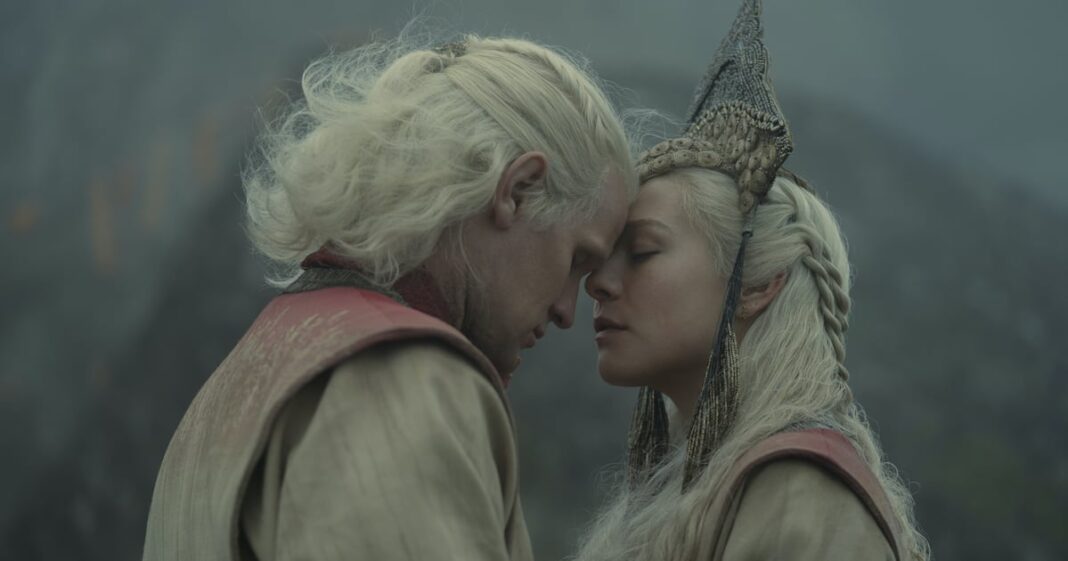 It’s all been leading to this: the seventh episode of “House of the Dragon” features a wedding between Rhaenyra Targaryen, heir to the throne, and her uncle, Daemon. Their wedding is unlike any we’ve seen on the show, so let’s look at some of the most important elements of this game-changing moment.

What Does the Wedding Blood Oath Mean?

It’s all part of an ancient Valyrian ritual, representing the “two become one” imagery of a wedding at a very literal level. In the real world, blood oaths have been part of some wedding traditions, both past and present. They’re particularly notable as having some roots in Northern European ancient and pagan traditions (think practices based in Celtic, Gaelic, and Nordic paganism and rituals), which would certainly line up with Westeros taking inspiration from British and other European histories.

In the book “Fire & Blood,” which serves as the source material for “House of the Dragon,” a little more detail is given about Valyrian wedding traditions. They are said to bind the spouses “by blood and fire,” and, in contrast to other Westerosi wedding traditions, women can be officiants.

Having multiple spouses at the same time is not directly banned in Valyrian wedding traditions — Aegon I, aka Aegon the Conqueror, had two sister-wives — but it’s also not particularly common. By the time of “House of the Dragon,” the practice has mostly died out. Reportedly, Maegor I (the third Targaryen king) was the last polygamous Targaryen king.

Who Attends Daemon and Rhaenyra’s Wedding?

Daemon and Rhaenyra’s wedding, which takes place on the same beach where they walked (and then some) earlier in the episode, is a quick, hush-hush event. It contrasts sharply with the over-the-top decadence and eventual tragedy of Rhaenyra’s first wedding festivities. The only attendees are their children.

Notably absent, of course, is Rhaenyra’s father and Daemon’s brother, King Viserys. In the book, this absence is the root of more major conflict within the royal family and makes the marriage even more scandalous than it already is. Marrying without the king’s knowledge is a significant insult, and we’ve already seen Viserys’s anger over his brother acting on things without telling him. Clearly, this marriage, no matter how expected it was for viewers, will only heat up the factional conflict among the Targaryens.