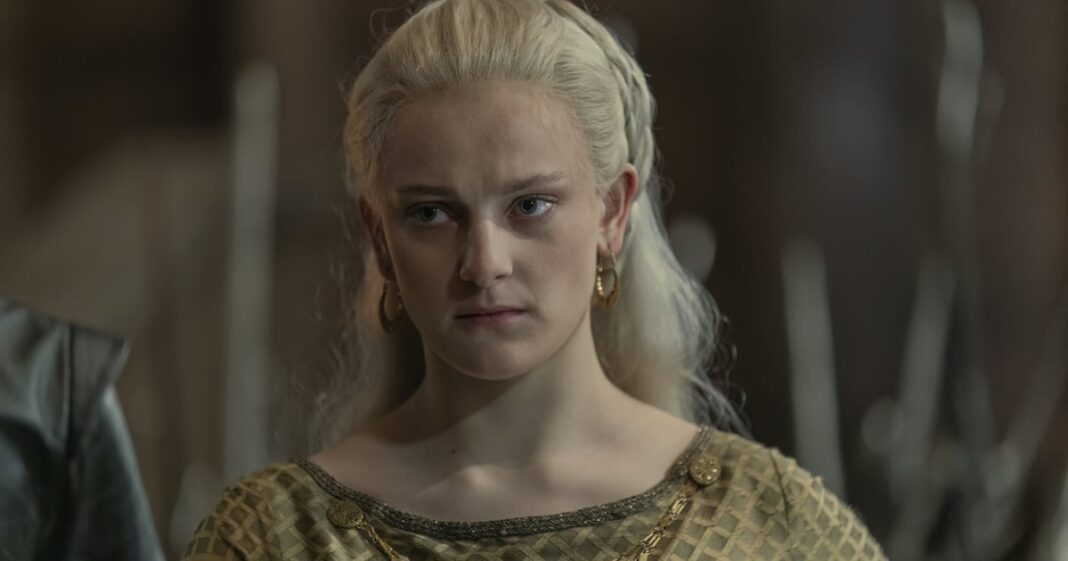 Among the many, many Targaryens on “House of the Dragon,” one family oddball stands out: Helaena, a young Targaryen princess who might have unusual powers. Helaena seems to have a gift for foretelling the future, so is she one of the rare “dreamers” in Westeros?

In the book “Fire & Blood” and throughout George R.R. Martin’s “A Song of Ice and Fire” series, “dreams” and “dreamers” play significant roles from time to time. Targaryen history includes multiple people with prophetic abilities, whose “dreams” seem to predict the future. Long before Aegon I came to Westeros, his ancestor Daenys had a dream about the destruction of Old Valyria, and as a result, her family moved to Dragonstone and survived when the destruction ultimately came to pass.

Aegon I has a vision as well, one that plays into every aspect of the stories we’ve seen on screen so far. Referred to as the “Long Night” prophecy, the conquering king has a vision that a great threat will come from the north, bringing death and winter and destruction unless a Targaryen — the “prince who was promised” — sits on the throne. That prophecy drives the Targaryens to cling to power now, and we see the outcome of that prophecy — albeit with a slightly different outcome than Aegon envisioned — in “Game of Thrones.” These “dreamers” are relatively rare, but they do exist, especially within House Targaryen.

Is Helaena a Dreamer?

Helaena, the daughter of King Viserys and his second wife, Queen Alicent, is an unusual character at first glance. She’s quiet, shy, and rarely talks — and when she does, it seems nonsensical. As time goes on, however, it starts to appear that her nonsensical ramblings aren’t nonsense at all. In fact, they seem to accurately predict things that happen to the people around her.

For instance, in the sixth episode, when her mother tells her brother Aemond that he’ll have a dragon one day, she mutters, “He’ll have to lose an eye.” Sure enough, Aemond successfully claims the dragon Vhagar, but in the skirmish that follows with the Velaryon princes, Lucerys Velaryon (Rhaenyra’s son) cuts his eye out.

Helaena has made another prophecy, too, which seems to hint at the coming civil war. At Laena Velaryon’s funeral, Helaena mutters, “Hand turns loom, spool of green, spool of black, dragons of flesh weaving dragons of thread.” The “green” and “black” seems to refer to the two factions (Alicent’s “greens” versus Rhaenyra’s “blacks”), although the other parts of her prophecy seem mysterious still.

The Beast Beneath the Boards

In the ninth episode, another of Helaena’s “dreams” apparently comes true. When Alicent comes to tell Helaena about Viserys’s death, Helaena suddenly whispers, “There is a beast beneath the boards.” At first, it sounds like more nonsense, but the end of the episode proves she’s right once again. There is a “beast” underneath their feet: Meleys, Rhaenys’s dragon, lives beneath them, and Rhaenys bursts up through the floor riding Meleys during Aegon II’s coronation.

While no one has come right out and called Helaena a dreamer, she certainly seems to have some powers of prophecy, even if her predictions are sometimes hard to understand.

Bring the Gym to the Office With FlexiSpot’s Sit2Go