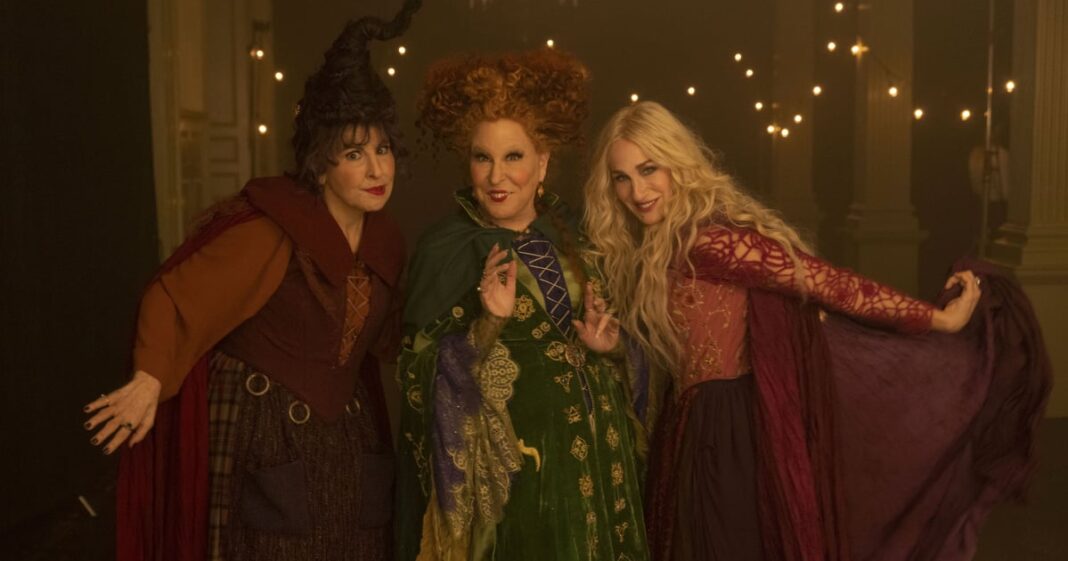 Amuck, amuck, amuck! Something wicked this way comes in the form of a “Hocus Pocus” sequel. The original film premiered back in 1993, but now, almost 30 years later, we’re heading back to Salem for more Halloween hijinks.

On June 28, Disney+ released the teaser trailer for the new movie. In it, Bette Midler, Sarah Jessica Parker, and Kathy Najimy return to their roles as the Sanderson Sisters, ready to cause chaos and wreak havoc for the teenagers of Massachusetts’s spookiest town. Technically, all three of the characters were turned into dust at the end of the first “Hocus Pocus,” so it’ll be interesting to see how the movie justifies bringing them back.

Read on for everything we know about “Hocus Pocus 2.”

According to Disney+’s official synopsis from May, the sequel picks up 29 years after the first movie as “three young women accidentally bring the Sanderson Sisters back to modern day Salem and must figure out how to stop the child-hungry witches from wreaking a new kind of havoc on the world.” Disney+ revealed on Nov. 1 that the three young women will be Becca (Peak), Cassie (Buckingham), and Izzy (Escobedo).

The 1993 cult classic famously takes place in Salem, but thanks to several locals who caught glimpses of production, we know the sequel was filmed in Rhode Island. Rhode Island Governor Daniel J. McKee previously confirmed the news in a statement that read: “On behalf of Rhode Island, I am proud and honored that again our beautiful state, with its unique scenery, landscapes and local talent, will be the backdrop for a major motion picture. Film and TV productions such as ‘Hocus Pocus 2’ have positive impacts on our businesses and move our economy in the right direction.”

5 Ways to Add Mindful Self-Compassion to Your Fitness Routine

Ovarian Hormone Imbalance? This May Be Why

How To Know You’re Taking Too Much Melatonin