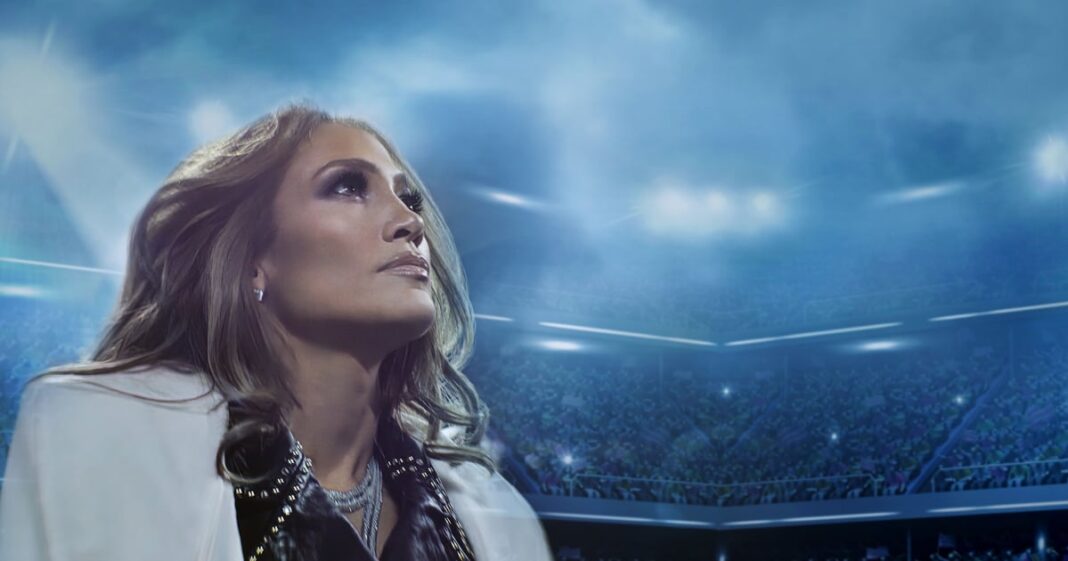 Jennifer Lopez is an icon. There’s a reason she’s managed to captivate audiences for years. You can argue it’s the mixture of her talent, charisma, and hustle. She understood the game and what it takes to become mainstream in the US, especially as a Latina. But not everyone agrees that she deserves to be where she is today or even that she deserves more acknowledgments, recognitions, and awards. That’s, in fact, the main idea behind her new Netflix documentary, “Halftime.” It’s all about how regardless of how hard Lopez has worked these past few decades, she still doesn’t seem to get the credit she’s due.

A big reason J Lo isn’t given the credit she deserves is because many of us — including Latinx communities (myself included) — have focused too much on her appearance and the men she has chosen to get romantically involved with. These are both topics the documentary touches on. There are scenes that highlight the decades-old media conversation surrounding her butt, shots of her pole dance in “Hustlers,” and her picking red carpet dresses. She’s obviously an enduring beauty and sex symbol, and those things are important — to her and to us. Lopez helped change the beauty ideal, moving us away from the confines of white hyper-thinness and allowing a celebration of more curves and muscles. Arguably her non-Black, nonwhite body served as the perfect mechanism for that shift, although the film doesn’t examine the tricky racial politics of it all. Side note: the “Anything For Selena” podcast’s “Big Butts Politics” episode does a great job at providing thoughtful interrogation of what’s going on there.

“Halftime” surprisingly dives into her dating history in a way you might not have expected. It argues that the focus on her personal life has been at the expense of considering her artistry. We see a montage of her romantic partners, but she refuses to talk about any of them. Ben Affleck is the only one to get a sit-down interview, and he delivers a great moment, remembering, “I said to her once, ‘Doesn’t this bother you?’ And she said, ‘I’m Latina. I’m a woman. I expected this. You just don’t expect it. You expect to be treated fairly.'”

Lopez has faced unfair judgment at times, especially when you consider all she’s done. She has been in nearly 40 movies and is one of the most bankable stars in Hollywood. Yes, she’s been critiqued for playing a white lady in “The Wedding Planner” and the stereotypical maid in “Maid in Manhattan,” but she’s also won acclaim for her roles in films like “Selena,” “Out of Sight,” and “Hustlers.” “Halftime” follows her award campaign for that last one and how she was ultimately disappointed to not get an Oscar nomination for it.

The film ascribes Lopez’s Oscar snub to the sexism and racism that’s followed her everywhere she goes. It’s hard not to notice that all the best supporting actress Oscar nominees that year were white. And male actors are generally not held to the same standard — Woody Harrelson and Jonah Hill were able to get Oscar nominations despite (or because of) their history of doing low-brow films. Longevity works in white men’s favor. But not so much for women of color, who get penalized for straying, even slightly, from the Academy’s ideas of what makes good art.

J Lo wasn’t able to storm Hollywood’s most prestigious gates in 2019, but she is still a cultural force, and one repping Latinidad at that. The film gets its name and story arc from watching her prepare and perform her Super Bowl halftime show. We see her figuring out what she’s going to say and how to make it meaningful for the Latinx community and women in general. She insists on having the woman symbol for her stage, decrying kids in cages, and declaring Latinas’ rightful place in the US. We see her arguing with NFL representatives to make all that happen and get a sense of what she’s been up against — for that performance and her entire career.

Even with all her success, J Lo still has to fight; as she says, “My whole life, I’ve been battling to be heard. To be seen. To be taken seriously.” And that feels pretty indicative of our community as well. We’re so often erased and ignored that even our most successful stars get reduced to stereotypes. The thing is, Jennifer Lopez has redefined how we think about beauty, what a Latina actress can accomplish, and where our music and dance moves belong. She’s expanded the possibilities we can imagine for ourselves and the heights we can climb. And as she says at the end of “Halftime,” “Maybe I was the first Latina to be in that room, but I wasn’t going to be the last.”