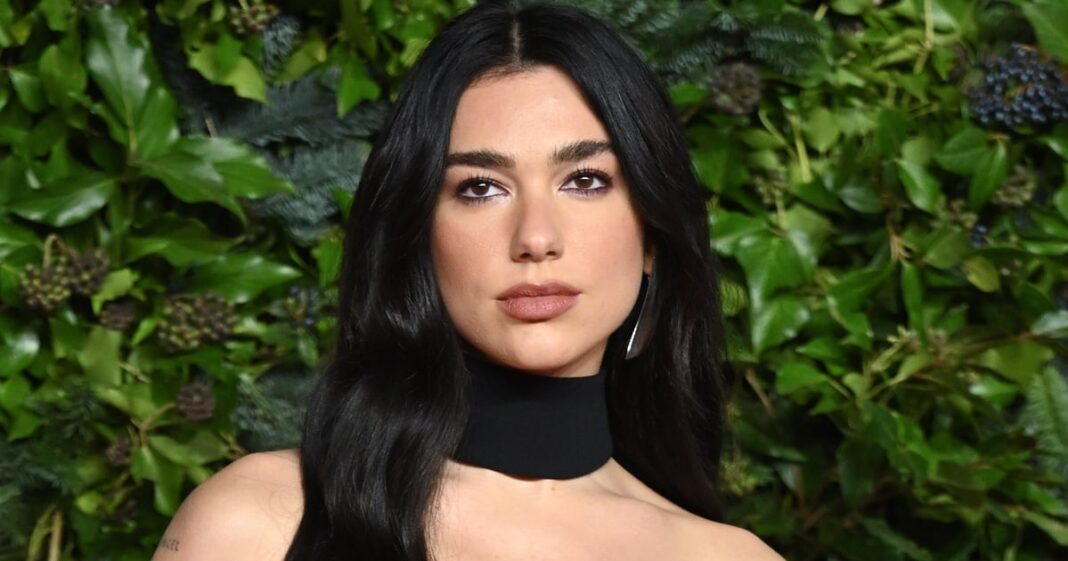 Dua Lipa is ready to speed straight to first place in this year’s unofficial Halloween costume contest. On Oct. 27, the “Potion” singer radiated Fast & Furious vibes in a sleek racing suit that doubled as a realistic Halloween costume. The two-piece Givenchy ensemble looked like an outfit straight off the NASCAR raceway, complete with a colorblock jacket covered in American-flag patches and nods to the brand up and down her arms and legs. “TOKYO DRIFT,” she captioned Instagram photos of herself posing in the sleek costume.

The drop in temperature hasn’t stopped celebrities from rocking the sheer-bodysuit trend. From Hailey Bieber to Lori Harvey, evidence is everywhere that the barely there style is here to stay, but Lipa managed to blend fashion and function seamlessly with her functional pre-Halloween costume on Thursday. She layered the red-and-white racing suit over a sheer, cutout bodysuit and completed the costume with a chunky chain-link necklace in gold with a massive lock pendant, multiple rings, and hoop earrings.

Adding a final 2000s-inspired twist, Lipa also wore dramatic, smoky eyeshadow with corner-eye accents in shimmering red and her hair up in a spiky bun. She sported a checker-print gray and pink manicure that made the entire costume worthy of first place on the speedway.

Other celebrities who have gotten equally excited about Halloween this year include Kylie Jenner in a full Batman suit, JoJo Siwa in a bewitching Draco Malfoy look, and Aubrey Plaza in a vampire-witch hybrid ensemble.

10 Easy Customer Pleasing, Sales Increasing Tips to See You Through 2022