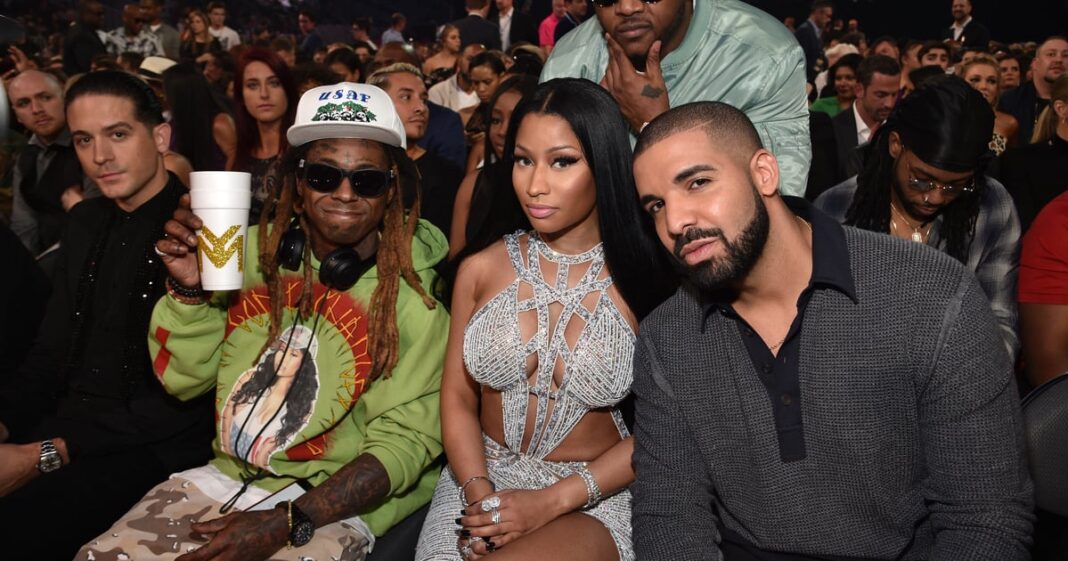 Despite a short delay, Young Money is officially back in the building. On Saturday night, Drake, Nicki Minaj, and Lil Wayne all came together at OVO Fest in Toronto, performing for a sold-out crowd and celebrating the label that changed their lives forever. Many have been anticipating this reunion ever since Drake had to postpone the show — which was originally scheduled for August 1 — due to COVID.

However, it seemed well worth the wait, with fan videos posted on Twitter showing a screen reading, “Unfortunately, Lil Wayne had issues at the border,” to the crowd’s audible dismay. Thankfully, the words, “Luckily, Drake runs the border,” then appeared, followed by the “Young Money” logo and a flaming background.

From there, all three musicians performed solo, with Drake and Minaj also rapping “Moment 4 Life” and “Up All Night” together and Wayne and Drake performing “The Motto” and “Every Girl.” All three artists also gave an iconic performance of “Bedrock” before Drake shared some words about his Young Money family.

“You’re the most important man to each and every one of us,” he said to Wayne, the CEO of Young Money. “You are a king. The most selfless man on planet Earth. To find all these people from across the motherf*cking world. Bring us all together. Give us all a shot. I would go to the ends of the earth for this man.”

He also had words for Minaj, whom he addressed as “the other greatest rapper of all time” before singing her praises, calling her the “originator” and saying that “nobody can f*ck with Nicki.” Meanwhile, Minaj posted photos with her fellow Young Money members on Instagram. “From a clash man ah murda a p*$$y pon spot,” she captioned the post.

As the show came to a close, Wayne finished the night off strong by teasing the letters of his highly anticipated album, “Tha Carter VI,” on stage. This album, a follow-up to his 2018 record, “Tha Carter V,” has reportedly been in the works since 2020, and this seems like confirmation that fans can expect some new music from the OG Young Money crew sometime soon.