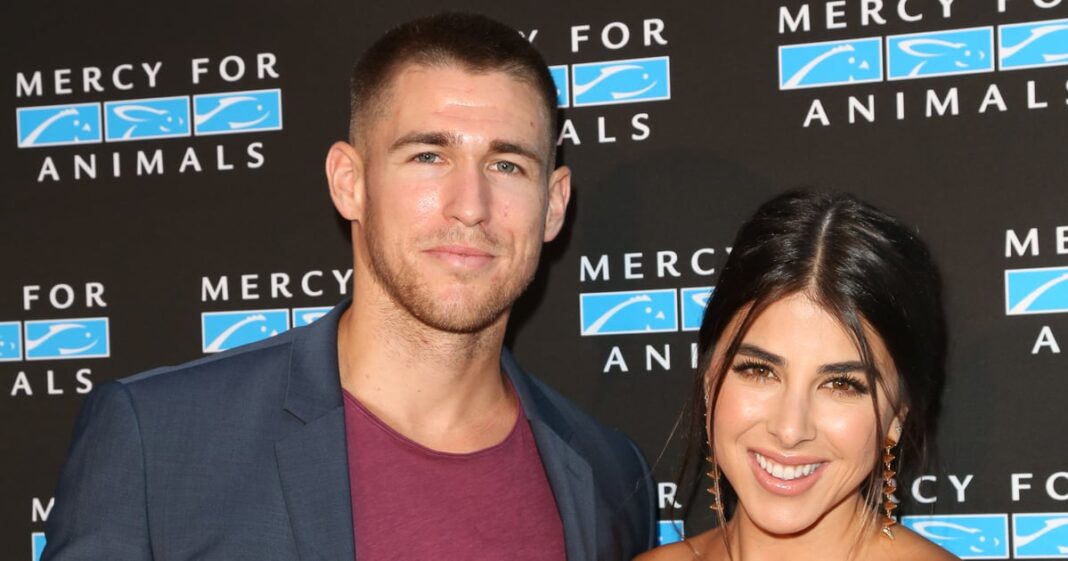 Five years after they got engaged and over a decade since they began dating, “Victorious” star Daniella Monet and Andrew Gardner are finally married. The couple announced the news on Dec. 30 when they shared three sets of black-and-white photos to their Instagram feeds. They captioned the three posts with “12,” “29,” and “22,” revealing their wedding date as Dec. 29, 2022.

Monet and Gardner announced their engagement on Christmas Day 2017. At the time, the Nickelodeon star revealed Gardner had carved “Marry Me?” on a tree in their yard. Monet described her emotional reaction to the moment she spotted his message and realized what was happening to People.

In September 2022, Monet reflected on just how much her life has changed since she met Gardner. The actor shared a video montage of some the best moments from their long relationship on Instagram alongside a caption that highlighted how much her longtime partner means to her. “11 years since I became a gf for the first time, hisss girlfriend (I was so nervous, but so sure) 🫶🏼,” she wrote. “@gaftonguy, did you have any idea it would turn into all this? 👨‍👩‍👧‍👦 and honest question, everyone weigh in here, how many coffees do you think we’ve had together?”

Now that they’ve officially said “I do,” these two have a lifetime of coffees ahead of them.

But where are his legs 👀 #shorts #bodybuilding #legday