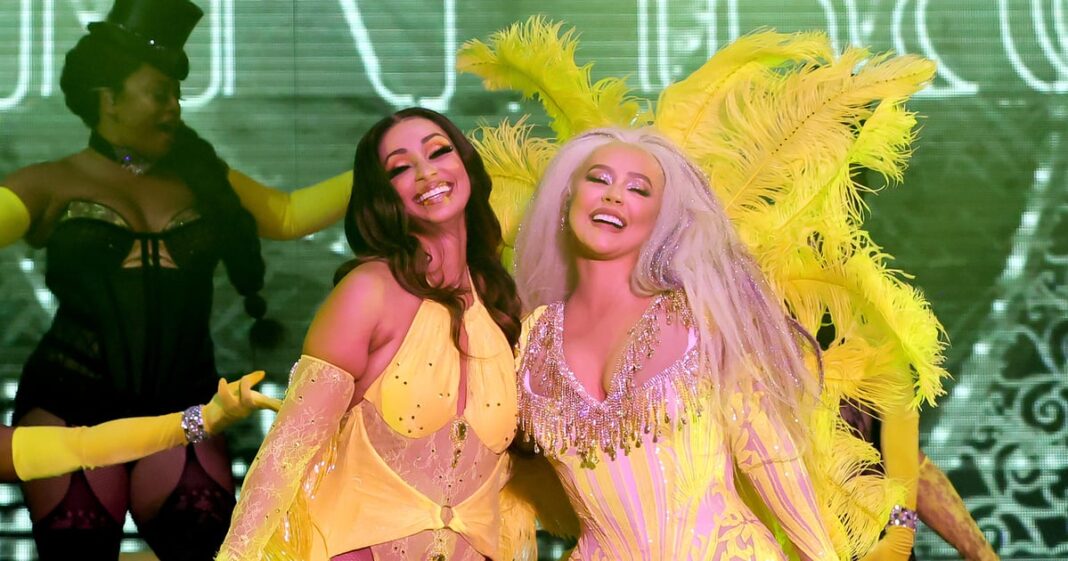 LA Pride got an extra dose of nostalgia courtesy of Christina Aguilera and Mya on Saturday, June 11. The pop stars reunited to perform “Lady Marmalade” from 2001’s “Moulin Rouge!” much to the delight of the crowd. The original collaboration also included Pink, Lil’ Kim, and Missy Elliott, but Aguilera and Mya brought plenty of energy to the song with an assist from their backup dancers.

In fan-captured videos from the event, Aguilera can be heard thanking Mya for joining her for the special throwback moment. “Thank you so much for doing this,” she said to Mya. “Mya, ladies and gentlemen.”

Prior to headlining the event, Aguilera spoke to People about how grateful she is to the LGBTQ+ community for embracing her. “I was also proud to put a spotlight on the LGBTQ+ community with my ‘Beautiful’ music video, which features a gay couple, as well as a trans woman,” she told the publication. “I wasn’t thinking too much about it beyond wanting to show people owning who they are. It was somehow taboo at the time, but it represented something so true. I still hear stories about how that video has helped people, and it means everything to me.”

Aguilera continued, “I also want to mention that my friends in the LGBTQ+ community have helped me in ways that I will never forget. They’ve allowed me the freedom to be myself and share my deepest, darkest secrets with them.”

Check out the gallery ahead to see photos from Aguilera and Mya’s special Pride reunion.