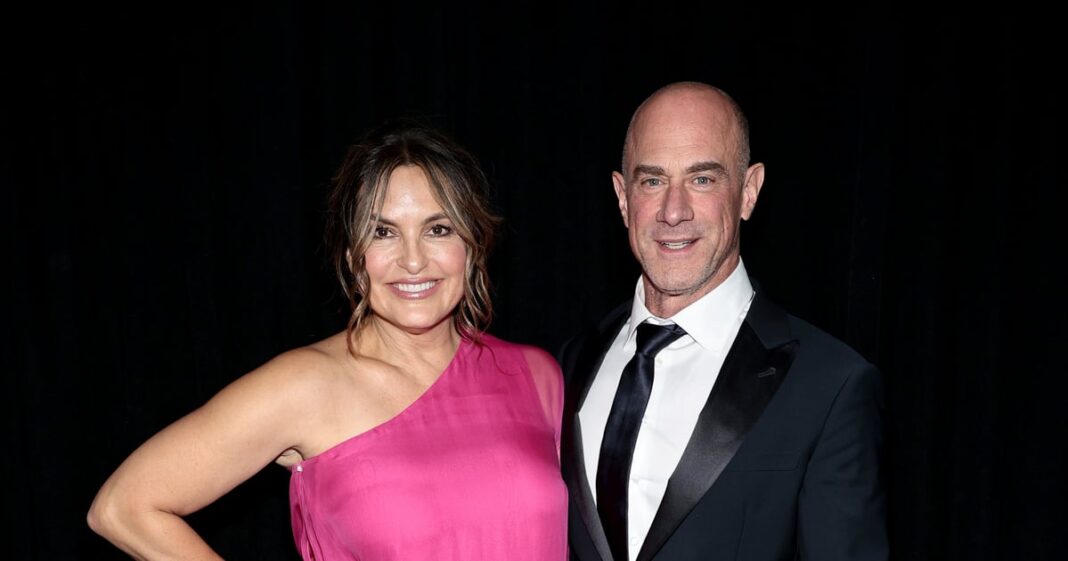 Friends that fly together stay together. In honor of the upcoming Emmy Awards, Chris Meloni posted pictures from his flight to Los Angeles alongside his “Law & Order: SVU” co-star, Mariska Hargitay. On his Instagram, the two are seen, first leaning over to talk to each other from either side of the aisle, and then holding hands from opposite sides of the plane. “Talkin Emmy stuff with random lady,” Meloni joked in his caption. “We became friends #OfftoLA.”

This post serves as further evidence of the friendship Meloni and Hargitay have developed offscreen over the many years spent playing Elliot Stabler and Olivia Benson. “From the second we met, bells went off. We knew we were going to be a huge force in each other’s lives,” Hargitay said to TV Insider in 2018 about meeting Meloni for the first time. “He was intense and mercurial but also fun.” And it seems as though Meloni feels similarly.

“She and I hit it off right from the get-go,” he told Cinema Blend in a 2020 interview. Even beyond that, he explained to Entertainment Tonight that same year that their friendship is unlike most other relationships because it feels so easy. “We just pick it up right where we left off and we’ve said it’s like we don’t have this relationship with anyone else . . . it’s unique, it’s full of laughter, she’s full of love. We just kind of fall seamlessly into that place every time we see each other.”

5 Sneakily Dehydrating Foods and Drinks, According to an RD