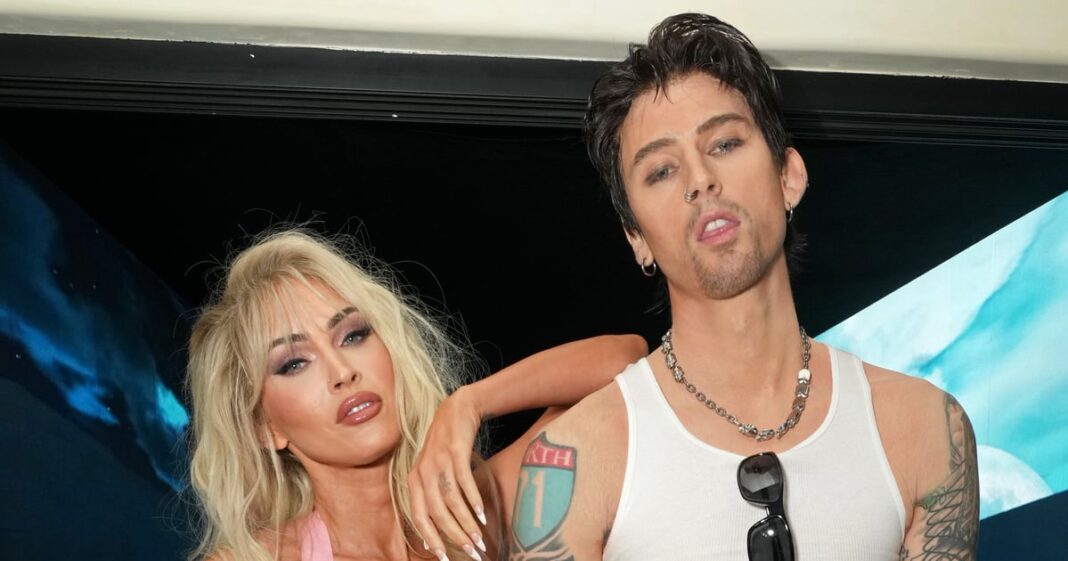 Celebrities brought their costume A-game for Rande Gerber and Cindy Crawford’s annual Halloween bash, the Casamigos Halloween Party, held on Oct. 28 for some of Hollywood’s brightest stars. This year’s guest list included Machine Gun Kelly, Megan Fox, Tyga, Paris Hilton, and Rebel Wilson — all of whom appeared to put some serious thought into their costumes. Along with George Clooney and Mike Meldman, Gerber is the co-founder of Casamigos tequila, which is always flowing freely at the event, as reported by Forbes.

While the pandemic put the celebration on hold the past couple of years, the Casamigos Halloween Party was back in action this year. The party’s highlights included Rebel Wilson and her girlfriend Ramona Agruma arriving as in-the-box Barbies along with a group of their friends, Brody Jenner’s slightly frightening Anthony Fauci costume, and MGK and Fox pulling off an impressive couple costume thanks to their spot-on recreation of early ’00s-era Tommy Lee and Pamela Anderson.

Elsewhere, Stephen Amell and his wife, Cassandra, threw it back to the early ’00s too as Wilson and “Cast Away”‘s Chuck (played by Tom Hanks in 2000 movie). Hilton was feeling similarly nostalgic as she donned a Sailor Moon costume. The former reality star shared extra snaps of her costume on Instagram, alongside a caption explaining why she decided to go as the iconic anime character. “Dressed up as my Childhood icon Sailor Moon🥹 Happy #Halloween! 🎃🌙💖 #SailorMoon 👑💫 #ThatsHot 🔥🧚🏻‍♀️,” she wrote.

Check out the gallery for all of the best celebrity costumes from the 2022 Casamigos Halloween Party.

What Every Retailer Needs to Know about Running Multiple Stores

WORKING UNDERCOVER with The Hollywood Fix to Finds Celebrities!!