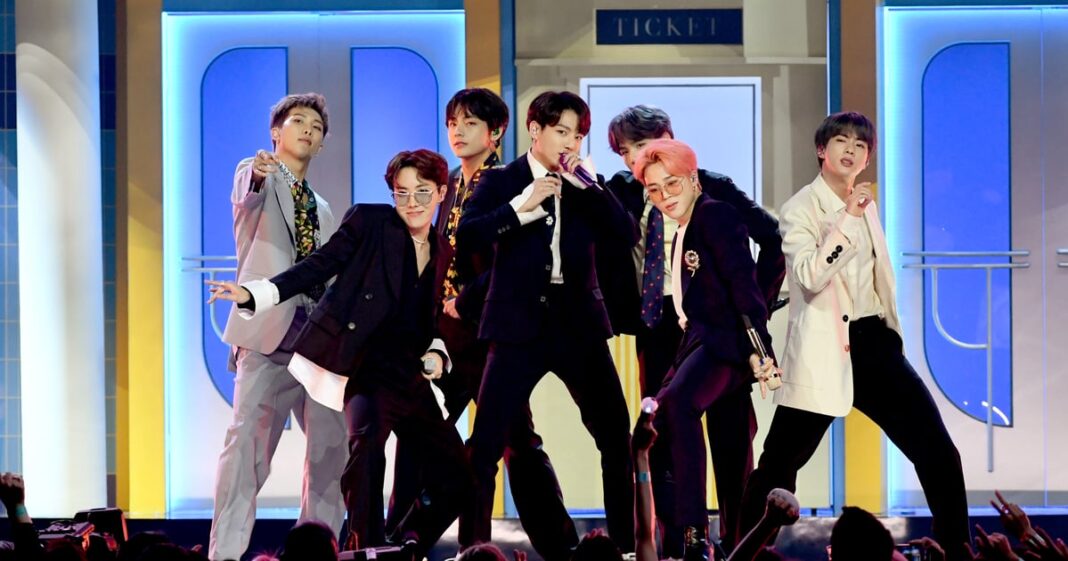 To commemorate nine years in the music industry, BTS have dropped a three-disc anthology album titled “Proof.” While the album largely consists of past hits, the world’s biggest mainstream K-pop group added three new tracks to the mix, including the lead single “Yet to Come,” which received a meaningful visual treatment, and two additional previously unreleased songs: “Run BTS” and “For Youth.” As fans put on the record and relive the hits that made them a lifelong stan, many may wonder about the inspiration behind the closing track, “For Youth.”

The song’s placement on the album is undoubtedly intentional, as it’s dedicated to the the K-pop phenom’s avid fanbase. Though the track primarily consists of Korean lyrics, you can check out the English translation of “For Youth” (via Genius) ahead, and read on to learn more about the meaning behind the lyrics.

BTS’s “For Youth” Lyrics in English

INTRO (Jungkook, Jin, V)
If I never met you
Oh! What am I like, baby
Every time I miss you (miss you)
Those words that have became a habit
(It’s so true)

VERSE 1 (V, Jin, Jimin)
When I opened my eyes 10 years ago
I was watching around Nonhyeon-dong
I cried so easily when you laugh
Whеn I just looked back after many seasons
You always hеre with us together
And every second was forever, oh

VERSE 2 (RM)
Mind’s unmeasurable
My life was slipping
When your head hits the pillow
I didn’t want to wake up tonight (wake up)
Now you are here
This a new home to me
I’ll be back anytime
Baby, don’t you worry
This road we walk
Everything will be a way

If I never met you
Oh! What am I like, baby
Every time I miss you (miss you)
Those words that have became a habit
(It’s so true)
You’re my best friend
For the rest of my life

VERSE 3 (J-Hope, SUGA)
One, two, three, our sun
Can’t forget every moment
Oh! My spring day
I was like myself
Thanks to the flower that took responsibility
Your countless words that comforted me
That’s what made myself
Yes, you’re my youth
Again, my youth, my grateful friend
My pride, heaven, and love
It was dark everywhere
In the meantime, a ray of light
I’m really glad it’s you
We shine because we are together

VERSE 4 (Jimin, J-Hope, Jimin, V, Jin)
Running, fall again
Get myself up
Falling down, oh
Would you give me your hand
How many times will it happen
If you are tired, you can rest awhile
Waiting for you, I’m always here
Daydreaming about us facing
Really don’t wanna say it, but

CHORUS (Jin, Jimin, V, Jungkook)
If I never met you
Oh! What am I like, baby
Every time I miss you (miss you)
Those words that have become a habit
(It’s so true)
You’re my best friend
For the rest of my life
I wish I could turn back time

OUTRO (Jimin, Jin, V)
When everything was easy at that time
(At that time)
I Should’ve told you more (told you)
I’ll be with you
For the rest of my life
Oh! Oh!
Rest of my life

Listen to BTS’s “For Youth”

What Do BTS’s “For Youth” Lyrics Mean?

“For Youth” pays homage to the long-standing dynamic between ARMYs and the band they propelled to stardom. The opening seconds of the track feature a snippet of fans chanting the words to BTS’s “Epilogue: Forever Young” from the “HYYH: The Most Beautiful Moment in Life/Youth” era. Keen listeners immediately tried to decipher which stage performance made it onto the album — but regardless of the audio’s origin, there’s something poetic about including fans in a song that’s basically a love letter addressed to them, thanking them for their love and support over the years. It’s no coincidence, then, that “For Youth” was placed on the tracklist for the third disc, which carries unreleased remixes and demo versions, carefully curated for dedicated fans who have long relished the BTS outtakes.

The song’s lyrics suggest that the band attributes their endurance and strength to ARMYs’ unwavering admiration. Having gained worldwide prominence at an early age, the group members talk about how they can’t look back on their younger years without associating them with the kindness fans showed them when they needed it most. In the third verse, SUGA and J-Hope sing, “Your countless words that comforted me,” followed by lyrics reflecting back on that time: “Yes, you’re my youth / Again, my youth, my grateful friend / My pride, heaven, and love / It was dark everywhere / In the meantime, a ray of light.”

During a sit-down segment with Spotify on June 9, the band talked about BTS’s past eras and the period when their careers really started to ramp up (their Korean words translated here into English subtitles). “For ‘Wings’ and ‘Love Yourself,’ many things happened,” J-Hope said. “ARMY had been supporting us a lot so that BTS could exist now.” RM added, “We could win the Billboard Music Awards and get huge applause, thanks to ARMY. Also, for the first time, we performed at the AMAs. Looking back even now, it was a miracle to us.”

Jimin concluded: “At that time, I received a lot of comfort from ARMY. I am very thankful to them.” The new track makes that even more abundantly clear.

The 6 Ancient Beauty Techniques Behind This Impressive Before + After