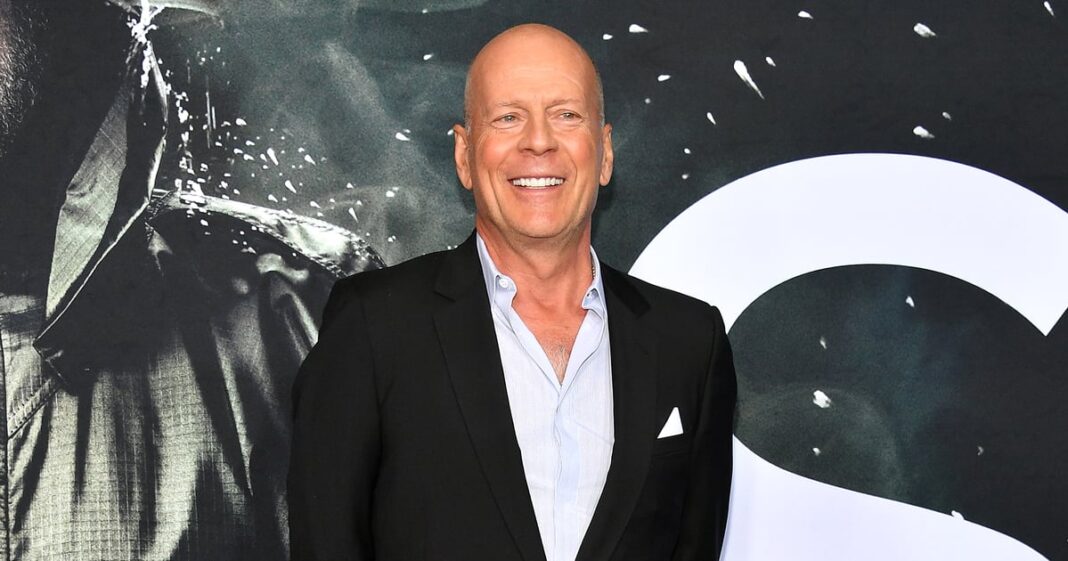 Bruce Willis and his 10-year-old daughter, Mabel, engaged in a dance-off to Lizzo’s “About Damn Time” on Friday. Willis’s wife, CocoBaba founder Emma Heming Willis, shared the adorable video on Instagram alongside the caption, “Bringing that weekend in strong! 💃🏽🕺 #TGIF #happyfriday.”

In the video, Mabel shows her dad how to pull off Lizzo’s moves before the “Glass” actor gives it a go on his own. Willis quickly catches on and thrusts his hips back and forth in time to the music, much to his daughter’s amusement. He even adds a bit of a knee bend to help him go low, which even he can’t help but laugh at.

Mabel is one of Willis’s five daughters. He and Emma also share Evelyn Penn, 8. Additionally, the 67-year-old actor has three adult daughters with his ex-wife, Demi Moore: Rumer, 33; Scout, 31; and Tallulah, 28.

As fans pointed out in the comments on Emma’s post, it’s good to see Willis enjoying time with his kids. In March, the actor’s family announced Willis was stepping away from acting after being diagnosed with aphasia. “To Bruce’s amazing supporters, as a family we wanted to share that our beloved Bruce has been experiencing some health issues and has recently been diagnosed with aphasia, which is impacting his cognitive abilities,” Willis’s family wrote in an Instagram post. “As a result of this and with much consideration Bruce is stepping away from the career that has meant so much to him.”

The statement continued, “This is a really challenging time for our family and we are so appreciative of your continued love, compassion and support. We are moving through this as a strong family unit, and wanted to bring his fans in because we know how much he means to you, as you do to him. As Bruce always says, ‘Live it up’ and together we plan to do just that.”

If Emma’s latest video is any indication, that’s exactly what Willis and his family are doing.