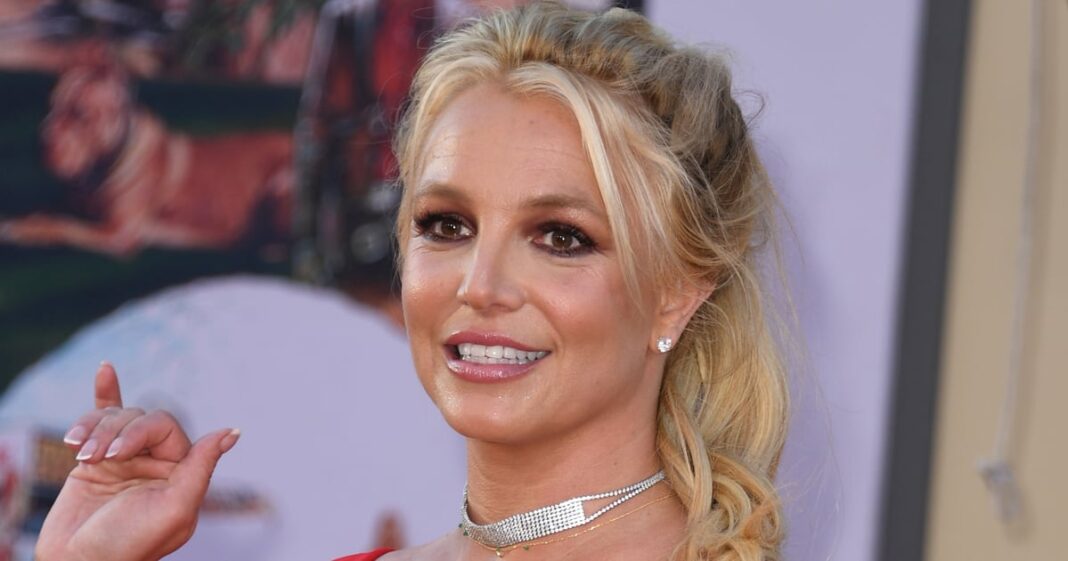 During a laundry break, Britney Spears put a new spin on her classic song “…Baby One More Time” and then shared it with her Instagram followers on Friday. The pop star shared a video of herself singing a slowed down, a cappella version of the 1998 hit in front of a mirror in the dark. “This is me yesterday doing laundry and separating clothes 👚 . . . I haven’t shared my voice in an extremely long time . . . maybe too long,” Spears wrote in the caption.

Her new version of “…Baby One More Time” is far more emotional than the original. Spears strips away the song’s pop sound and replaces it with a slower, dramatic tone. She evens changes the words slightly, adding, “Give me a f*cking sign, hit me baby one more time.”

In her lengthy caption, Spears wrote that she asked her team to allow her to release an updated version of the song for years, but the answer was always no. “”Well I have asked for what I wanted for 14 years . . . a different version of ‘Baby’ but have the producers actually work for me and put it together . . . a start . . . but as the TEAM said NO and serves me with 4 girls, my sister included, doing a 5 minute version of 4 remixed songs to a T not even having to give effort or dance . . .” the caption read in part. “Just shot it beautifully and the sound was NEW!!! They ruined it for me, embarrassed me and made me feel like absolutely nothing!!!”

While singing her version of “…Baby One More Time” on Instagram isn’t the same as an official release, it does show that Spears is continuing to take her power back after the end of her conservatorship. The pop star hasn’t shared any plans to return to the recording studio, but in 2021, a source told People that Spears would like to release another album one day. The source explained that while she “loves creating music and wants to give her fans a new album,” the singer “is focusing on one thing at a time.”

For now, Spears’s new rendition of “…Baby One More Time” is sure to feel like a gift to fans who are craving new music from the artist.

What Are the Health Benefits of Intense Exercise?