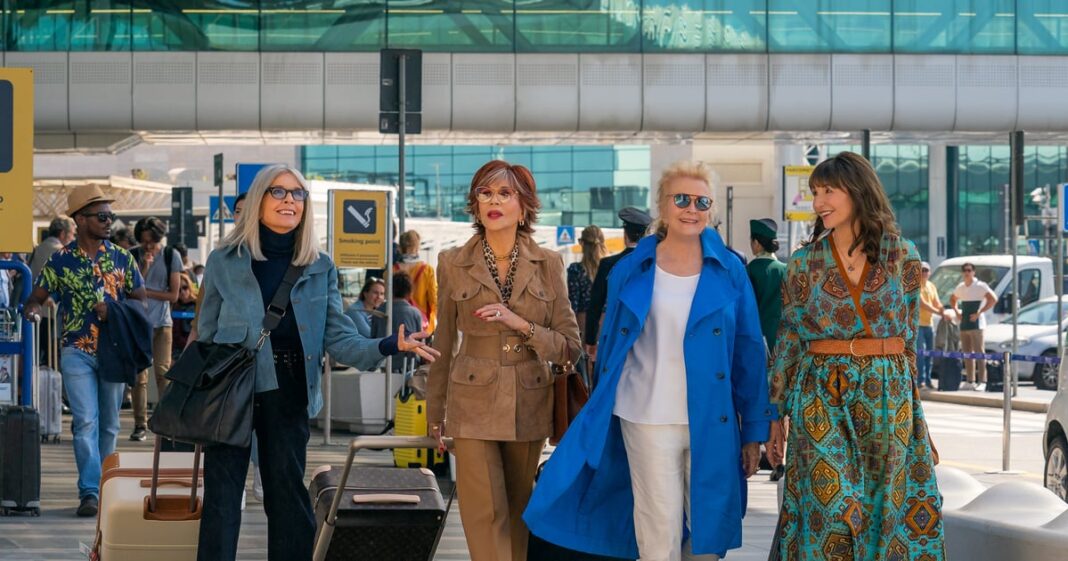 The book club is back! On Dec. 19, Focus Features released the trailer for “Book Club 2: The Next Chapter,” the sequel to 2018’s “Book Club.” That movie stars Diane Keaton, Jane Fonda, Candice Bergen, and Mary Steenburgen as four lifelong friends with a long-standing book club. When they read “50 Shades of Grey,” they all make some major shakeups in their lives.

In the trailer for “Book Club 2: The Next Chapter,” the four friends go on a trip to Italy. The footage features gorgeous shots of the four women on vacation, getting into lots more hijinks (though, notably, we don’t see them reading or talking about books). Focus Features describes the film this way: “The highly anticipated sequel follows our four best friends as they take their book club to Italy for the fun girls trip they never had. When things go off the rails and secrets are revealed, their relaxing vacation turns into a once-in-a-lifetime cross-country adventure.”

The first movie was a box office hit, making $104 million on a $14 million budget. It was directed by Bill Holderman and written by Holderman and Erin Simms, who both return for the sequel.

Since we’re big book-club fans around here, we’ll be first in line on opening day. Ahead, learn everything we know about “Book Club 2: The Next Chapter,” and watch the trailer.

“Book Club: The Next Chapter” Trailer

“Book Club 2: The Next Chapter” Cast

Keaton plays Diane, who’s recently widowed. In the first movie, she falls for Andy Garcia’s Mitchell, who also returns this time around. Fonda plays Vivian, who reconnects with her former love Arthur (Don Johnson) in “Book Club.” Johnson is also returning for the new movie. Bergen is Sharon, a successful judge who’s unlucky in love; in the first film, she discovers dating apps. Steenburgen plays Carol, who lets “50 Shades” inspire her to spice up her marriage to Bruce (Craig T. Nelson). Nelson is also on the cast list for the sequel. Legendary Italian actor Giancarlo Giannini also enjoys the ensemble this time around.

What We Learned About Foot Health in 2022