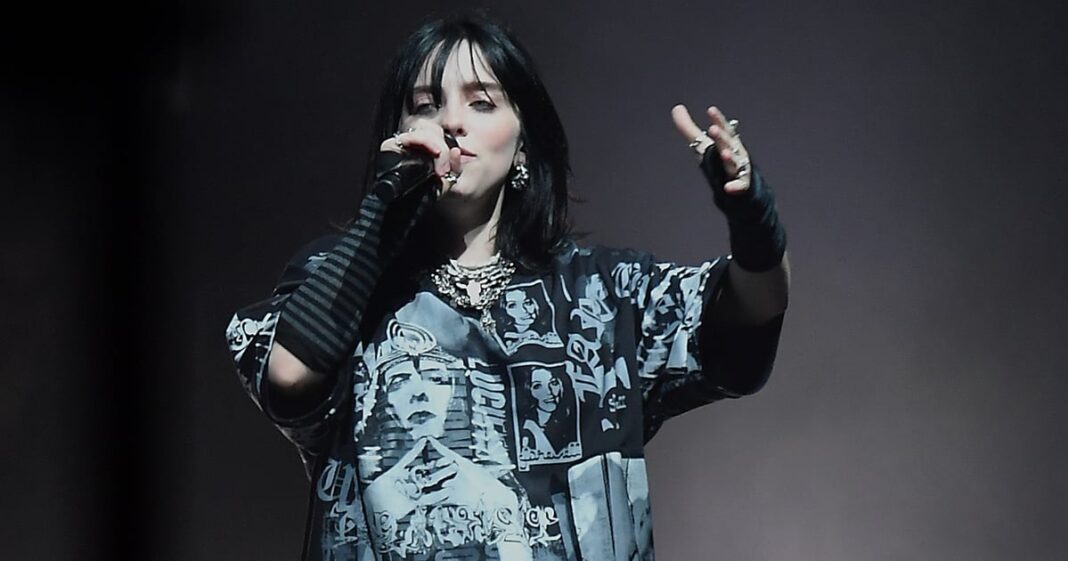 Billie Eilish made history at the Glastonbury Festival on June 24 when she became the event’s youngest ever solo headliner at the age of 20. Her set got off to a somber start, in light of the Supreme Court’s decision to overturn Roe v. Wade — the landmark case that guaranteed women the right to an abortion. The singer used her performance to protest the decision, including dedicating her performance of “Your Power,” a song about older men exerting their power over young women, to everyone affected by the ruling.

“Today is a really, really dark day for women in the US,” Eilish said, according to BBC. “I’m just going to say that, because I can’t bear to think about it any longer.”

In addition to using her history-making performance as a platform to voice her disappointment in the Supreme Court, Eilish also served up a stripped-down set that included performances of “NDA” and “I Didn’t Change My Number.” As reported by the BBC, she led the crowd in breathing exercises before wrapping up her set with “When the Party’s Over.” As the night wound down, she said, “This is such an honor to be here right now. Thank you for letting me do this. This is such a trip and a dream.”

Eilish wasn’t alone in using the Glastonbury stage to protest the decision. Her fellow Friday night performer Phoebe Bridgers also spoke out against the ruling. “I’m having the sh*ttiest day,” she said to the crowd, per CNN. “F*ck that sh*t, f*ck America — like all these irrelevant motherf*ckers trying to tell us what to do with our f*cking bodies.”

Even as they performed in front of thousands in the UK, it was clear that Eilish and Bridgers’s thoughts were on the devastating blow dealt to women’s rights by the Supreme Court.

Who will win the Tour de France 2022? Analysing the contenders

When Celebrities Meet Their Crushes!

35 Reasons to be Thankful You’re a Swimmer