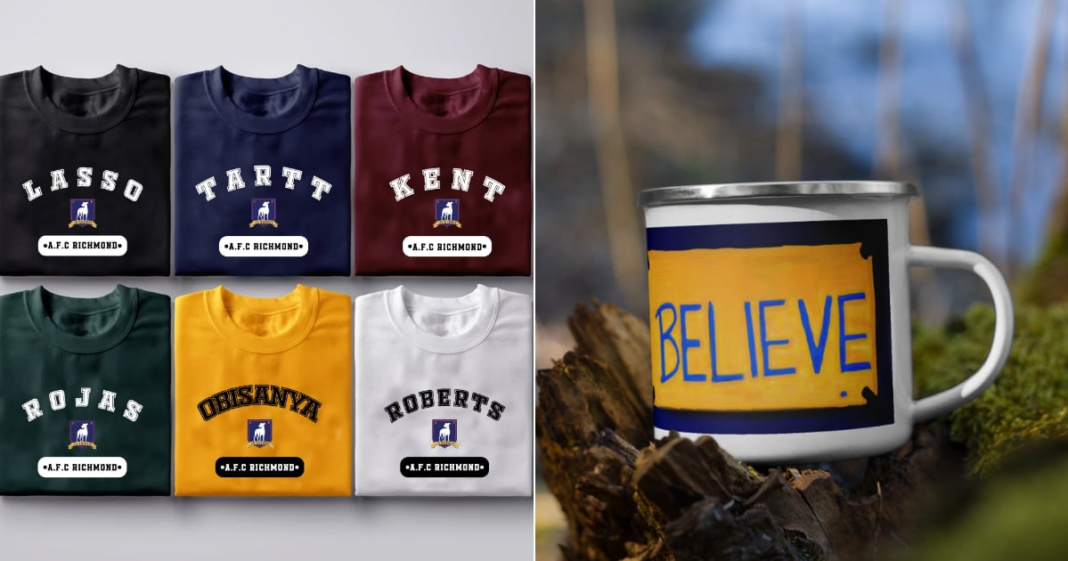 “Ted Lasso” is the hit Emmy-winning Apple TV+ series that we all love to love. With witty British banter, drops of wisdom in the form of unusual analogies, and, of course, the uplifting friendships, it’s no wonder the heartwarming show swept up four of its 20 nominations at the 2022 Emmys!

The show is rumored to be ending after its third season — its premiere date has yet to be announced — but Hannah Waddingham, who plays Rebecca, addressed those rumors at the Emmys, saying she’s not sure about the show’s future either. “I don’t know. I actually don’t know,” she told “E! Live From the Red Carpet” host Laverne Cox. “I think that it might be in terms of like an end of a story. But who knows. . . . We’ll put Jason [Sudeikis] in a darkened room with a notepad and a paper and go, ‘Do it!'”

In the meantime, there’s no better way to pass the time until season three’s than to splurge on all things “Ted Lasso” for the holiday season! Celebrate your loved ones’ favorite show and their friendship with a “Ted Lasso”-themed gift. Or treat the Rebecca to your Keeley to mugs and sweatshirts that have the show’s most iconic quotes. And get your Diamond Dogs some awesome AFC Richmond merch so they can rep #TeamLasso or their favorite player.

Whether they drop F-bombs like Roy Kent or are as happy-go-lucky as Ted Lasso, give them something that will truly make them smile this holiday season with these fantastic “Ted Lasso”-themed gifts ahead.

High School Musical 4 is Coming Thanks to HSMTMTS