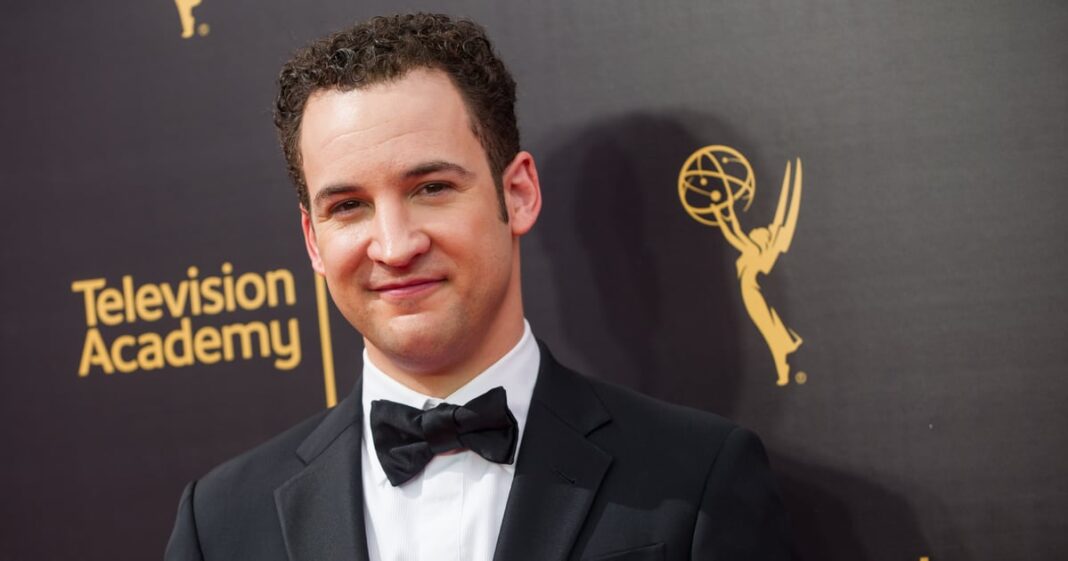 It seems Ben Savage has found his real life Topanga. On Jan. 11, the “Boy Meets World” actor subtly announced his engagement to girlfriend Tessa Angermeier in a post on Instagram. In the photo, the happy couple are standing in front of a lake in Owensville, IN, with Angermeier resting her hand on Savage’s chest — and showing off her engagement ring in the process.

Savage captioned the photo, “The best is yet to come.” A rep for Savage confirmed to POPSUGAR that the 42-year-old is engaged. “They are both very grateful and enjoying this exciting time with their families and friends,” the actor’s rep said in a statement to People.

The former child star’s famous friends were quick to share their excitement over his news in the comments. Danica McKellar, who starred with Savage’s brother, Fred Savage, in “The Wonder Years,” commented, “Congratulations!! 😍😍😍.” “Extra” reporter Katie Krause added, “Congrats!!!!!! 🍾,” while Savage’s onscreen son August Maturo, with whom he costarred in “Girl Meets World,” wrote, “Congratulations!”

According to People, Savage and Angermeier have been dating since 2018, but they have mostly kept their relationship private. However, in the lead-up to their engagement, the “Girl Meets World” actor shared three posts featuring him and Angermeier spending time together on Instagram over the holiday season. His now fiancée was also by his side during his run for a seat on the West Hollywood City Council in 2022.

Savage ultimately lost the race, but his transition into the world of politics makes sense for the ’90s star. The actor was a political science major at Stanford and interned for US Sen. Arlen Specter of Pennsylvania in 2003.

Still, despite his dedication to his campaign, Savage doesn’t seem too bothered about not winning a seat on the city council, especially now that he’s about to embark on a new adventure with Angermeier.