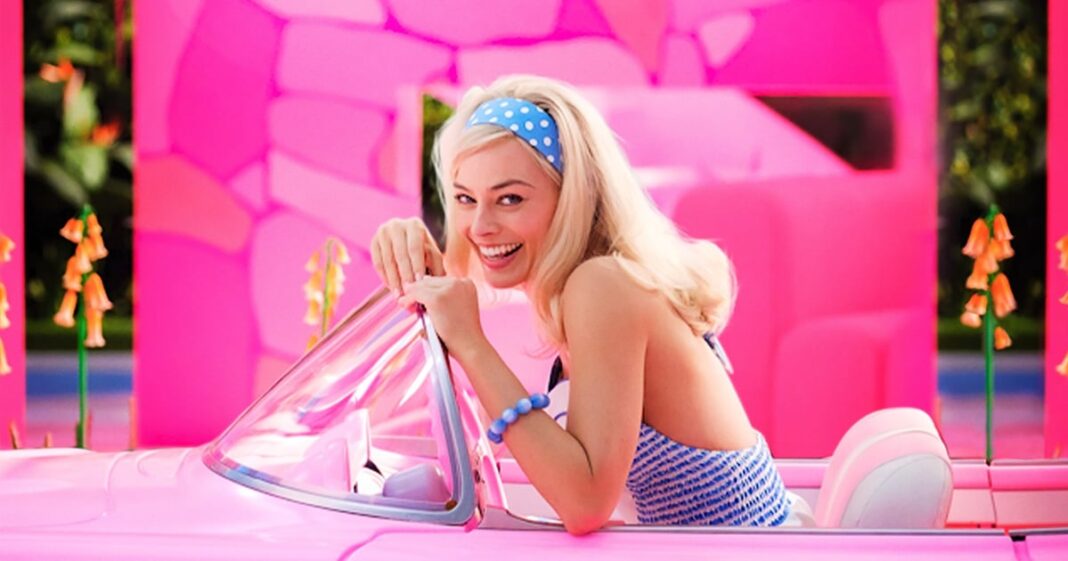 Greta Gerwig’s live-action “Barbie” movie has sparked a resurgence of the Barbiecore aesthetic just in time for Halloween. The Margot Robbie and Ryan Gosling-led flick, which recently wrapped filming, hasn’t announced an official premiere date yet, but Warner Bros. has teased a few first-look photos to get people excited about the vibrant, neon-colored fashion featured in it.

According to Variety, the viral looks we’ve seen from the movie so far have been creations of Oscar-winning costume designer Jacqueline Durran. Gerwig previously worked with Durran on the wardrobe for “Little Women.” The designer is also responsible for Kristen Stewart’s Chanel looks in “Spencer,” per Vogue.

The internet already can’t seem to get enough of all the fun, perfectly pink ensembles from “Barbie.” Between Robbie’s hot-pink Western rodeo outfit and Gosling’s bleach-blond hair and orange six-pack, the movie is clearly pulling out all the stops on the fashion front. If you’re looking for some bright ideas to make a statement with this Halloween season, take a look at all the Barbie costumes ahead.

How To Clean a Filthy Showerhead in 5 Easy Steps

17 Powerful Tools To Deal with Emotional Overwhelm This Year