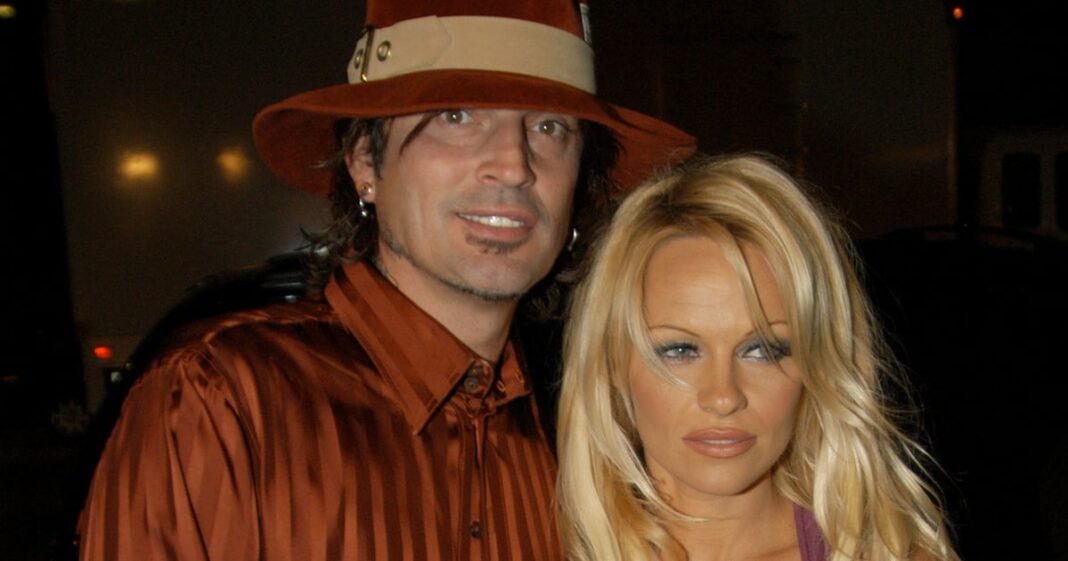 Hulu’s “Pam & Tommy” miniseries brought Pamela Anderson and Tommy Lee’s relationship back into the public eye, but the former “Baywatch” star had nothing to do with the show. Instead of watching a fictionalized dissolution of her marriage play out on the small screen, Anderson decided to reclaim the narrative of her life story in an upcoming memoir, “Love, Pamela,” and a Netflix documentary, “Pamela, a Love Story,” both releasing on Jan. 31. On Jan. 18, People shared an exclusive excerpt from Anderson’s memoir in which she reveals how a stolen tape “ruined lives,” starting with her relationship with Lee.

The stolen tape, which was sold as a sex tape, is the subject of “Pam & Tommy,” but it’s a chapter of her life Anderson would rather put behind her. “It ruined lives, starting with our relationship — and it’s unforgivable that people, still to this day, think they can profit from such a terrible experience, let alone a crime,” she writes in her memoir, per People.

Anderson writes that prior to the release of the tape, “We just wanted to have babies and be together forever.” But after the tape was distributed against their will, things took a darker turn. Constant media attention and paparazzi became too much for the couple. In one passage, the activist and actor writes about a moment when Lee became violent around their two sons, Brandon and Dylan (who are now 26 and 25, respectively).

In 1998, Lee became violent while Anderson was holding a 7-month-old Dylan, she alleges. “Tommy ripped Brandon off me and threw me and Dylan into a wall,” she writes. Lee went on to spend six months in jail after the incident. “Our hell began,” she adds.

But despite their turbulent past, the exes still “check in, every once in a while.” Anderson writes, “My relationship with Tommy may have been the only time I was ever truly in love.”

After Lee, Anderson was married four more times to Kid Rock, Rick Salomon (twice), and Dan Hayhurst. These days, the ’90s star values her life on her own. “I live a more romantic life now that I’m alone than I did in relationships,” she told People.

“l light my candles, have my music playing. I have my piano, I’m sure it would be lovely if someone else was in my life and wanted the same thing but I’ve just never met them. It’s usually about catering to them, and there has to be a balance.”

How To Plan a Group Vacation With Minimal Drama