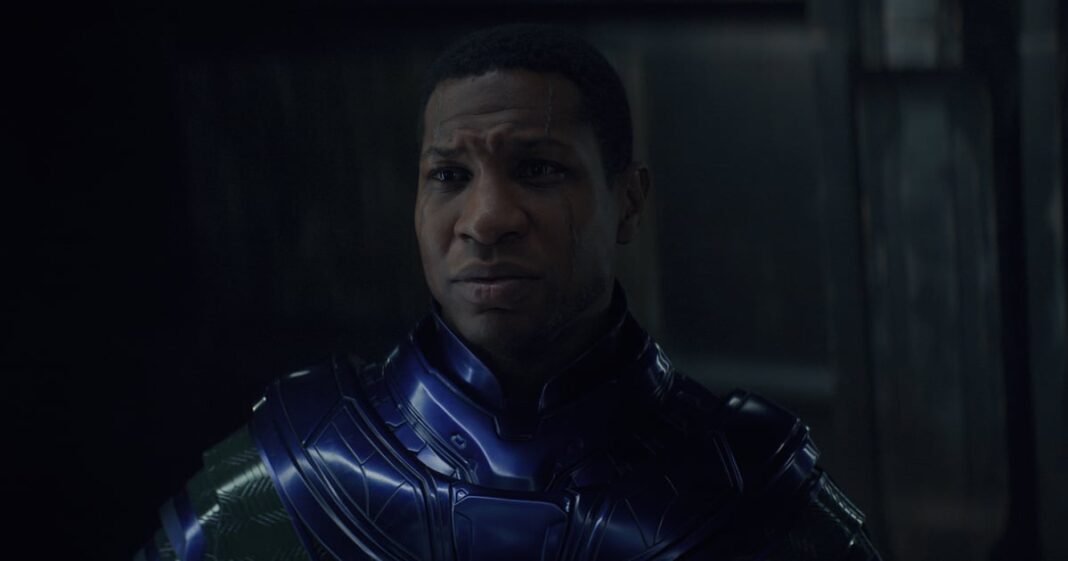 “Ant-Man and the Wasp: Quantumania” is almost here, and Marvel is giving us our best look yet at the over-the-top action promised by the new film. In the new trailer released on Jan. 10, Scott Lang aka Ant-Man (Paul Rudd) gets wrapped up in a serious dilemma with Kang the Conqueror (Jonathan Majors, who first appeared in the MCU during the “Loki” season one finale. In the footage, Kang tells Scott, “”You’ve lost a lot of time, like me. We can help each other with that.” He adds, “I’m the man who can give you the one thing you want. . . . Time.” And even though this seems like an obvious trap, Scott is so upset about the time he’s lost with his daughter Cassie (Kathryn Newton) — both because he was not present in her life and because he was trapped in the quantum realm for five years — he agrees. Janet Van Dyne (Michelle Pfeiffer) warns him of Kang, “He can rewrite existence and shatter timelines.” But Scott soldiers on, saying, “I don’t care who this guy is. I just lost so much. He can give us a second chance.” The trailer also shows off some of the film’s dazzling visuals.

“We finally get to spend some time in the quantum realm,” Reed said, according to Entertainment Weekly. “We have a lot in store for these characters in this movie, and we’re going to meet a lot of new characters in this movie and explore the quantum realm, which is not always what you think it is, so we’re really really excited to bring it to life.”

The film’s stars were all hesitant to reveal major details about the film, though Rudd said Scott has been busy working on a book. Lilly said of Hope’s journey, “I think the second film was all about how powerful and capable [Hope] was, and now we get to explore her fragilities and her vulnerabilities and how she faces those things and deals with those things.” She added, “I think being a powerful woman is only impressive if you do it against really powerful odds, so I think that’s going to be fun.”

The cast were also joined by Majors, who, according to EW, only teased of his role, “There will be conquering.” Read on for everything we know about “Ant-Man and the Wasp: Quantumania,” including the cast, plot, and release date.