Alicia Crowder on Playing Diana on Tell Me Lies 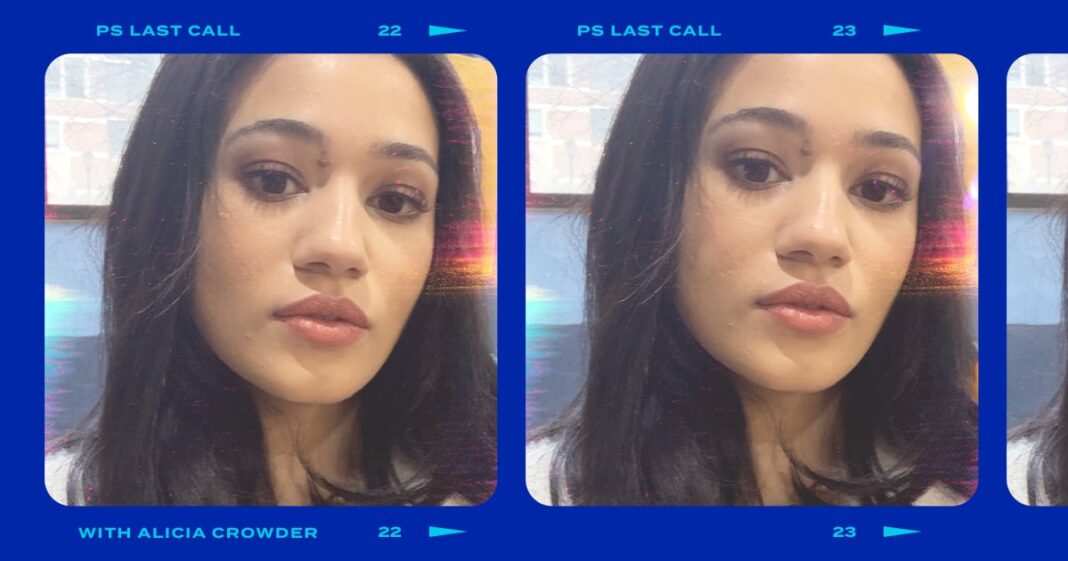 In our Q&A series Last Call, we get down to the bottom of every last thing with some of our favorite celebs — from the last time they were starstruck to the last song they listened to. This week, Alicia Crowder takes our call.

We’re nearing the end of season one of “Tell Me Lies,” but Alicia Crowder promises there are still some major surprises in store. The 25-year-old actor stars on the series, based on Carola Lovering’s 2018 novel of the same name, as Stephen’s (Jackson White) ex-girlfriend Diana, who finds herself stuck in the middle of his tumultuous relationship with Lucy (Grace Van Patten). Crowder was destined for Diana but reveals to POPSUGAR that she could have taken on a much different role in the series. In fact, she auditioned for two other characters before becoming the overachieving college student. “I actually auditioned for Bree [played by Catherine Missal] and Pippa [Sonia Mena] first. And then I was sent Diana, and I was like, ‘This is it,'” she recalls. “She is so close to me in how I operate and move through life that it was really a no-brainer. And I was just so happy to be cast because it’s an amazing role with an amazing show, and everyone’s really great.”

Crowder admits she hadn’t read Lovering’s book prior to getting cast, but once she did, she “finished it in three days.” She raves, “It’s so good. I recommend it to anyone who hasn’t read it yet.”

And now with only three episodes to go, fans are on the edge of their seats waiting to see what will become of Lucy and Stephen’s relationship and whether or not Stephen’s dark secret will finally be exposed. Without giving too much away, Crowder teases, “Get ready to be surprised. There are actually a couple really big twists coming up that I don’t think anyone’s going to expect.”

Regardless of where Diana ends up in Lucy and Stephen’s story, Crowder says she’s “so overjoyed to be a part of something that people are really enjoying and connecting to.” As of now, Hulu hasn’t confirmed a second season, but Crowder, Van Patten, and White are all down to return. “We’re just waiting,” Van Patten previously told POPSUGAR about a possible second installment. “Season one ends in such a way where there’s so much to be filled in, and I would love to see what happens within those eight years, because as of now, it’s a mystery.”

Keep reading to see what else Crowder has to say about her “Tell Me Lies” costars, what she’s reading, and more.

What was the last day on the set of “Tell Me Lies” like for you?

My last day was actually really fun. The assistant director called me out. He was like, “Oh, Alicia, I need to say something to you before you finish.” And he was just like, “This is Alicia Crowder’s last shot!” Everyone gave me a big applause. It was such a sweet surprise. I probably started crying. It was really nice, and it was very surreal because that had been my life for half a year. And then all of a sudden, it was over.

Who is the last “Tell Me Lies” costar you texted?

Probably Cat [Catherine Missal]. We went out after the [“Tell Me Lies”] premiere.

What is the last thing you did with your “Tell Me Lies” costars off set?

After the premiere, Cat and I went to see a DJ set at a bar, a dance bar somewhere in LA. I’d never been there before. It was small, but it was super fun.

What is the last show you binge-watched?

I just binge-watched “Rick and Morty,” one of my faves. I started from the beginning to end.

What is the last song or album you listened to?

Probably Aldous Harding. She’s an indie singer. She just came out with something that was new. But I listen to music all the time. I just put my liked songs on, and I just go through them. But I also love discovering new music. 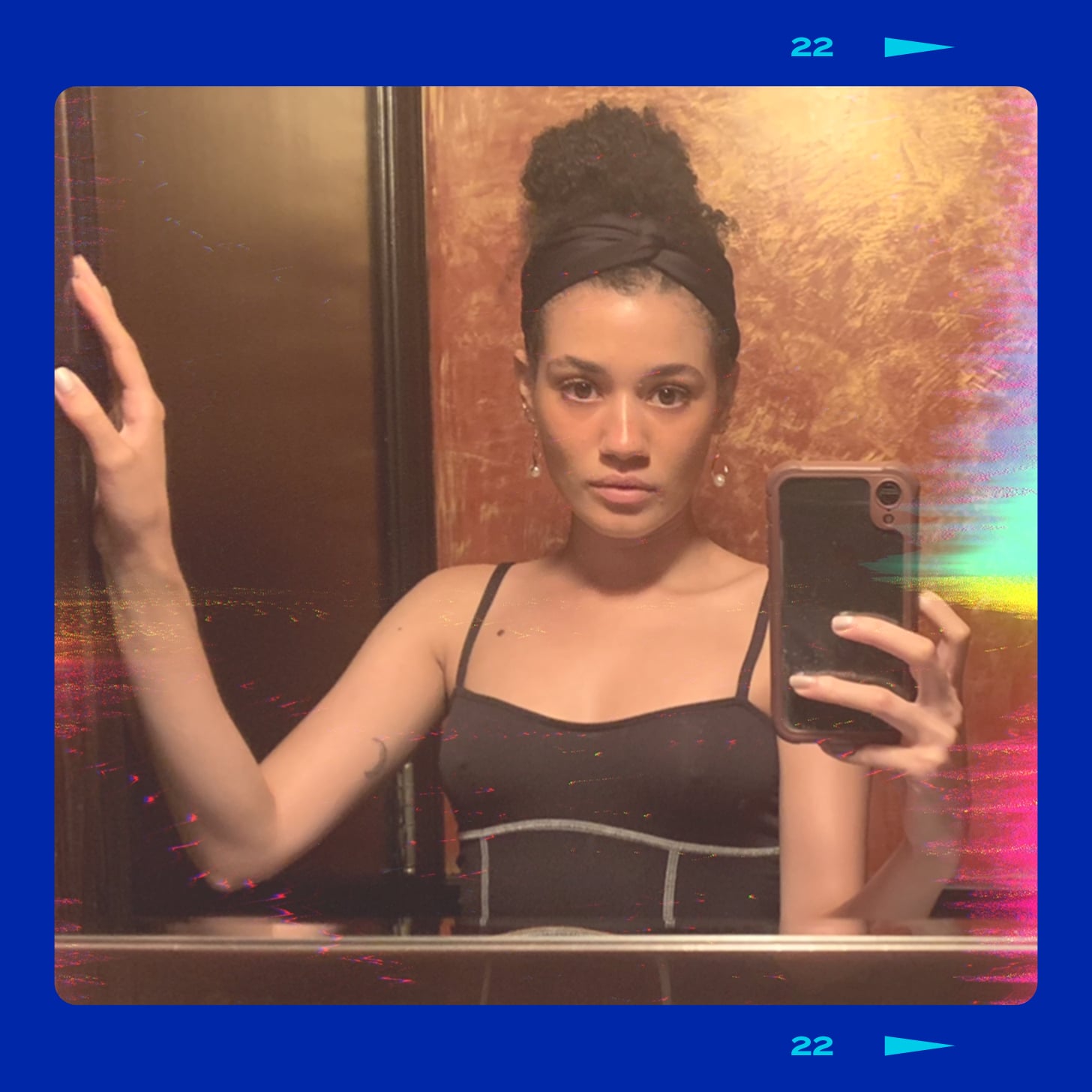 What is the last piece of advice you received that stuck with you?

To really take time to process your emotions, which can be hard for me because I feel like I’m a very impulsive person. But my brother is super thoughtful, and I was talking to him and he was like, “Yeah, journal. If you’re feeling something really intense, don’t be reactionary. Write out your thoughts.” And that was something that really helped me.

What was the last clothing item you purchased?

I got a black velvet dress that’s kind of long, kind of like wintery because we’re just moving into that season. I love it. I’m obsessed with velvet.

It was really fun. It was very intense. It was more of a character piece for me . . . It wasn’t like playing Diana, where I feel like I’m just playing a slightly different version of myself. It was someone who was in high school and very troubled and used drugs . . . Getting into her head was really interesting. And it’s always fun as an actor to be sent stuff that, “Oh, I wouldn’t naturally think that this is me.” But it ended up being really fun and going really well.

Honestly, meeting the author of “Tell Me Lies” [Lovering] . . . Because I had read the book after I had gotten cast, and I was obsessed with it. And then, she just appeared one day. I was just like, “Oh my God, it’s you.” She’s the one who gave birth to this entire story. So yeah, that was a crazy moment for sure . . . She actually sent me a really sweet gift, a knitted hat that has “TML” on it. And she said that she was just so happy and having a great time watching. It was really nice.

New episodes of “Tell Me Lies” air Wednesdays on Hulu.

Adductor Exercises: How To, Benefits, Variations

An Honest Review Of The Dyson V12 Detect Slim