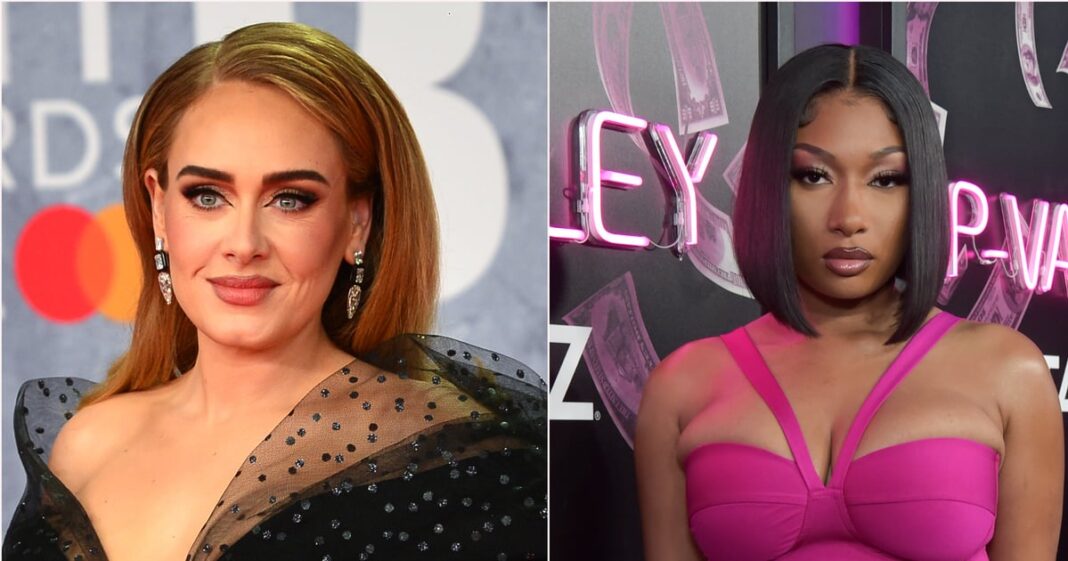 Adele is sending Megan Thee Stallion nothing but love this holiday season. During her “Weekends With Adele” Las Vegas residency show on Friday, the “Hello” singer paused during a story to give the Grammy-winning rapper a shout-out just hours after Tory Lanez’s conviction.

In a video from the concert shared by Pop Crave on Twitter, Adele can be heard answering a question about why she doesn’t have backup dancers, which reminded her of the time Megan danced to her song “Water Under the Bridge.” She then paused for a moment to wish Megan a Merry Christmas. “I want to wish Meg Thee Stallion a very, very, Merry, Merry Christmas,” she said. “Girl, get your peace. Do what you want now, baby. Love you!”

On Friday, Dec. 23, the Lanez shooting trial finally reached its conclusion with Lanez, whose real name is Daystar Peterson, being found guilty of three felony counts: assault with a semiautomatic firearm, discharging a firearm with gross negligence, and carrying a loaded, unregistered firearm in a vehicle. He is facing more than 20 years in prison.

After the trial, Megan’s attorney, Alex Spiro, issued a short statement. “The jury got it right,” he said, according to the AP. “I am thankful there is justice for Meg.”

The shooting incident occurred on July 12, 2020, when Megan accused Lanez of shooting her in the foot. He was officially charged in October 2020. Lanez repeatedly denied that he shot the “Sweetest Pie” singer, while Megan continued to speak up for herself in interviews and a New York Times op-ed.

“I’m not afraid of criticism,” she wrote in her 2020 op-ed. “It’s ridiculous that some people think the simple phrase ‘Protect Black women’ is controversial. We deserve to be protected as human beings. And we are entitled to our anger about a laundry list of mistreatment and neglect that we suffer.”

How Many Kids Does Christina Ricci Have?