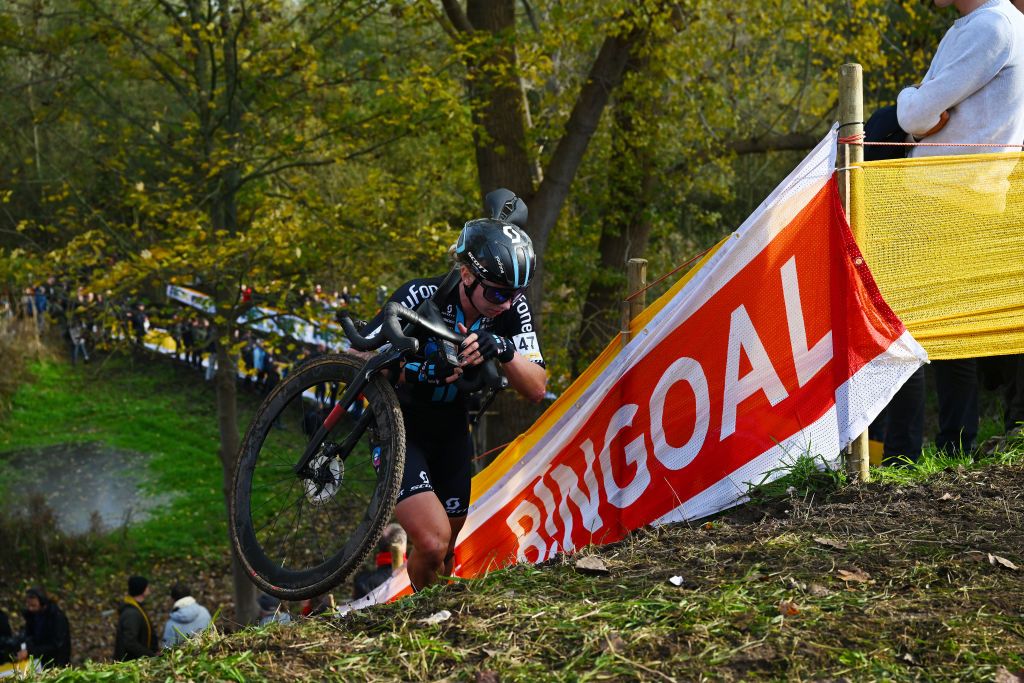 Lorena Wiebes, the winningest woman of the 2022 season, has joined the ranks of top riders dabbling in cyclocross in the offseason, taking part in the Jaarmarktcross Niel on Friday as a pleasant change of pace.

The 23-year-old who will move from Team DSM to SD Worx in January won 22 races this year including a clean sweep of the RideLondon Classique three-day race and two stages of the Tour de France. She told Sporza that she wasn’t looking for top results in cyclocross but was using it for “a good interval workout”.

Plenty of road racers have taken to cyclocross in the offseason throughout history but in recent years it has become more fashionable after the successful transitions from ‘cross to road by Wout van Aert, Mathieu van der Poel and Tom Pidcock. Even two-time Tour de France winner Tadej Pogacar raced some cyclocross last year.

“It’s technical, but also explosive. You have to be a bit ‘punchy’. It’s good to keep up my technique.”

Wiebes wasn’t a rank beginner at the race, however. “Cyclocross isn’t entirely new to me. I raced cyclocross a lot as a youth, that’s where it all started for me. I only raced on the road after that. And also last year I participated in the cyclocross races in Kortrijk and Boom.”

Her performance in Niel wasn’t quite up to the dominance of the other Dutch cyclocross racers but Wiebes put in a respectable ride in 22nd place, 6:23 behind winner Ceylin del Carmen Alvarado.

“I’m already glad I wasn’t pulled from the race,” Wiebes joked. The last rider to survive being lapped was two minutes further behind. “Fortunately, I was just fast enough. I had fun.”

Plan to see the black Team DSM jersey in some more cyclocross races before the season is over.

“I would like to ride a few more crosses this year. Next season I’m riding with a new team and at the moment I’m racing with my own equipment.”

Her schedule is still to be determined.

“It’s still some searching. I would also like to ride next week in Kortrijk. In any case, my new team doesn’t mind me riding a few crosses. This certainly can’t hurt with an eye on the road.”

Fast Times at Krkonošský Half Marathon