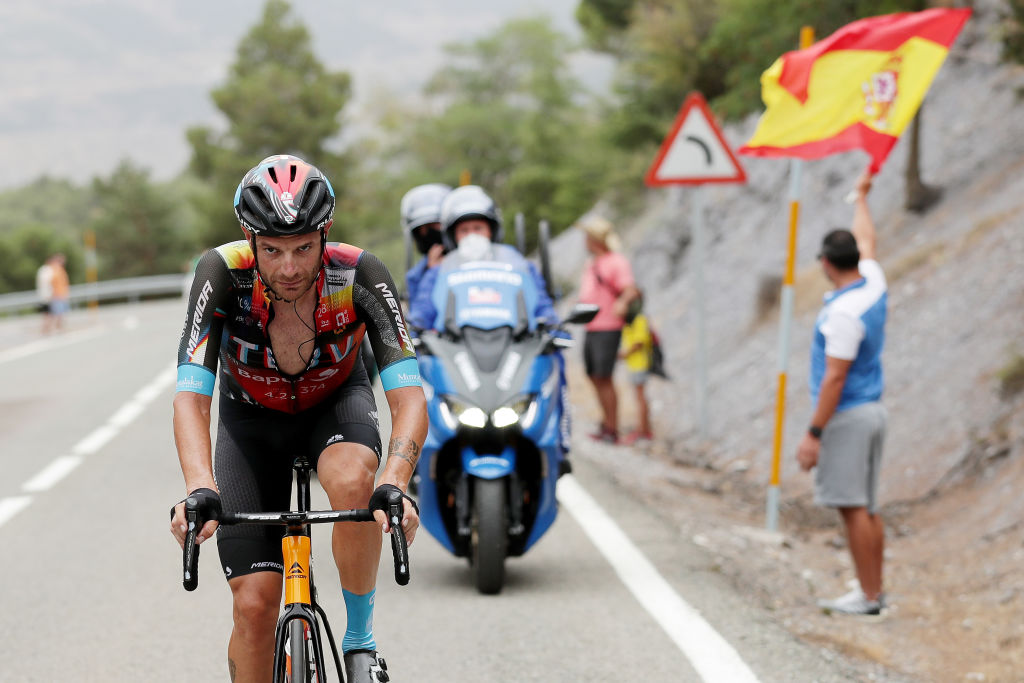 The sole survivor from the break Damiano Caruso (Bahrain Victorious) took victory at the top of the Alto de Velefique on stage 9 of the Vuelta a España.

The Italian rider, who added a second win for the year to his Giro d’Italia stage 20 triumph, decided to go it alone early dispensing with his break companions with more than 70 kilometres still to go, taking off on the Alto Collado Venta Luisa and then entering the final climb with a four minute gap on the peloton.

The unfolding GC battle behind wasn’t enough to pull back all of that lead, with race leader Primož Roglič (Jumbo-Visma) coming over the line in second more than a minute behind Caruso. The defending champion made his grip on the overall lead just a little firmer with that second place on the 188 kilometre stage as Enric Mas (Movistar) was the only one of the GC contenders able to stay close. Mas finished just a second behind, while even the best of the rest dropped far more time on the Slovenian.

At the end of the day Mas moved up to second at 28 seconds back, as López moved up to third overall at 1:21 while Haig replaced teammate Landa in fourth. Felix Großschartner (Bora-Hansgrohe) who started the stage just eight seconds down on the lead slipped to ninth at 3:25.

Monday is the first rest day and then Tuesday it is back to the racing with a 189 kilometre stage 10 from Roquetas de Mar, including a sharp second-category climb of Puerto de Almáchar, which tops out 14 kilometres from the finish at Rincón de la Victoria.

How to Create a Compelling Event USP in 4 Simple Steps