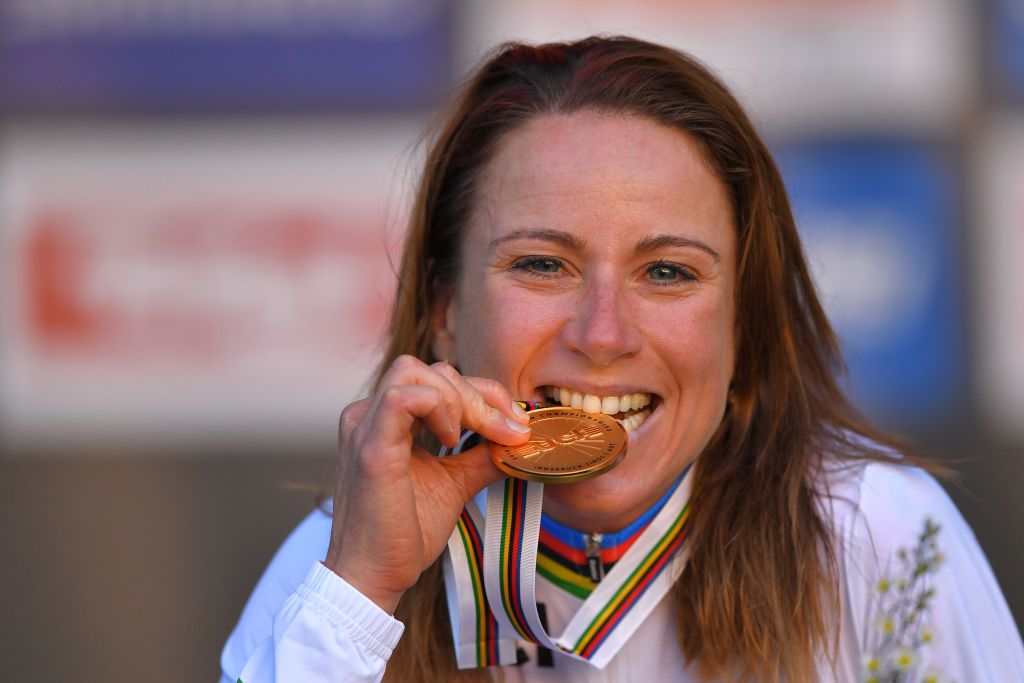 A women’s version of the prestigious French Velo d’Or award will be awarded for the first time this winter, with Annemiek van Vleuten and Pauline Ferrand-Prévot the favourites to win it and perhaps take the first-ever combined men’s and women’s Velo d’Or award.

The Velo d’Or awards are organised by the French magazine Vélo, with a combined category and a separate women’s category created for the first time in the magazine’s 30-year history after a public outcry last year. The new combined award means it is the first time a woman can win arguably the biggest end-of-season award in the sport.

Van Vleuten won the Giro Donne, the Tour de France Femmes, the Ceratizit Challenge by La Vuelta and the world road race title in an incredible season, while Ferrand-Prévot won four different world titles across mountain biking and gravel and has joined the Ineos Grenadiers team to spearhead their women’s and off-road programme.

Evenepoel won Liège-Bastogne-Liège, the Clasica San Sebastian, and the Vuelta a España and then took the world title with a solo attack that made him the new superstar of the men’s peloton.

Van Aert has finished third in the last two editions but impressed in 2022 with a further three stage wins at the Tour de France and a dominant victory in the green jersey points competition. Vinegar won his first Tour de France, breaking Pogačar domination to give Jumbo-Visma their first Tour win.

The winners are decided by a vote of international cycling journalists, with the winner usually adorning the magazine’s December issue. The final winners are expected to be announced later in November.

Markus takes stage 4 ahead of Wiebes at Simac Ladies Tour