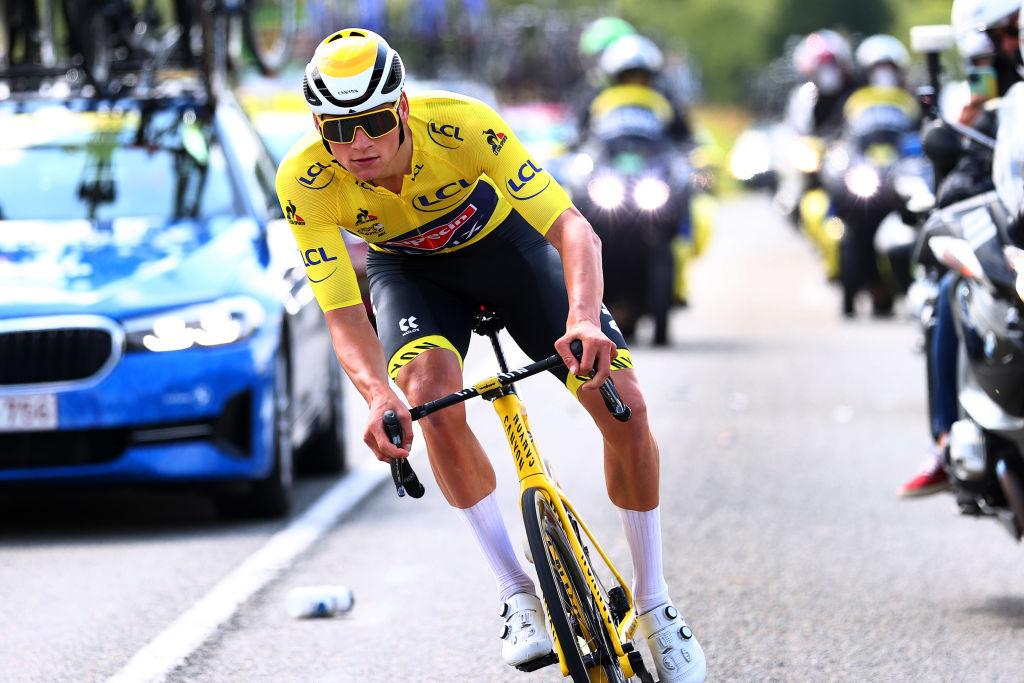 Mathieu van der Poel‘s back problems will keep him out of next week’s UCI Mountain Bike World Championships, his Alpecin-Fenix team has announced.

The Dutchman, who has been reportedly suffering with a lower back injury since May, will not take part in the cross-country races at the Worlds, which takes place in Val di Sole, Italy from August 25-29.

Van der Poel will instead turn his focus to end-of-season goals on the road, including the UCI Road World Championships in Flanders on September 26 and Paris-Roubaix on October 3.

He’ll be in action next at the Benelux Tour, which starts on August 30.

“Mathieu van der Poel has been dealing with back pain in the past weeks,” read a statement issued by Alpecin-Fenix.

“While the situation is improving, the UCI Mountain Bike World Championships in Val di Sole come too soon for the world cyclo-cross champion.

“It is now his intention to prepare for the goals in the next part of the season – including Paris-Roubaix – via the upcoming Benelux Tour, where he is the defending champion.”

Last week Van der Poel was forced to leave a training camp in Livigno, Italy early due to his back pain, which he has suffered from since the UCI Mountain Bike World Cup round in Albstadt in May.

According to a report in Het Laatste Nieuws this week, his fall early in the cross-country race at the Tokyo Olympics only exacerbated the pain. The 26-year-old has received a painkilling injection and he and his team have tinkered with his cleat position and his position on the bike to little effect so far.

Rather than continuing on the mountain bike in 2021 and chasing ranking points, he’ll now focus on road racing, defending his 2020 title at what was then the BinckBank Tour, returning to the World Championships for the first time since Harrogate in 2019, and making his long-awaited Paris-Roubaix debut.

The Art Of Maintaining Eye Contact With The Camera

Selfies with Fake Celebrities in Hollywood