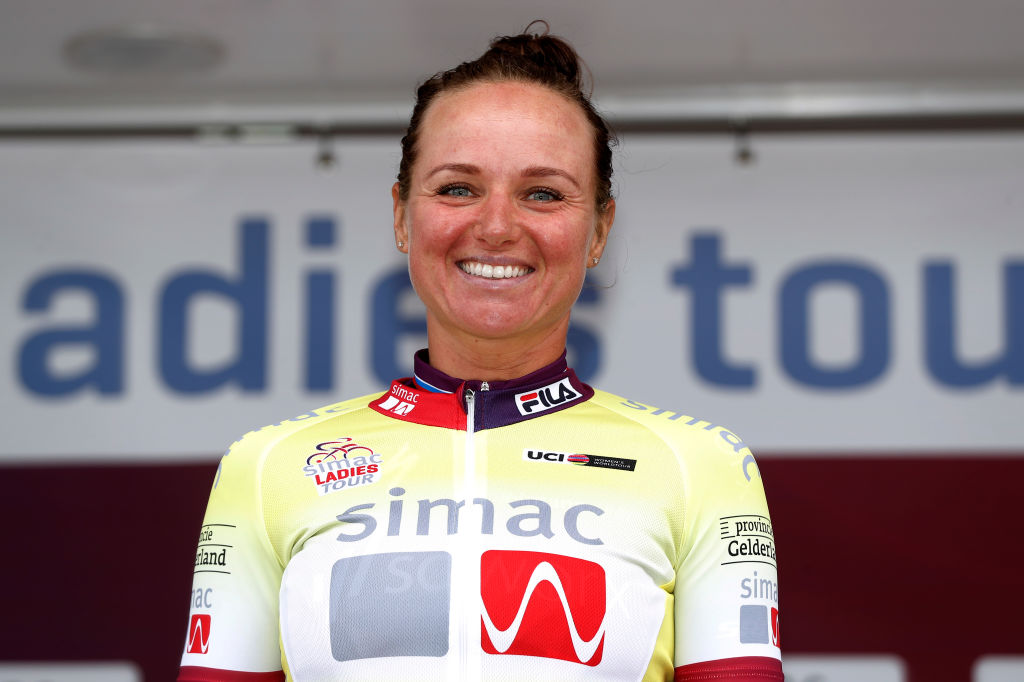 Chantal van den Broek-Blaak (SD Worx) secured victory at the Simac Ladies Tour on the weekend, with the powerful performance across six challenging days of racing not only delivering the overall but instilling confidence ahead of an important block of one-day races.

The Dutch rider, who excels in one-day races but doesn’t often challenge for the overall in stage-races, established herself in the top ranks of the field on the pivotal stage 2 time trial, with third place on the stage also shifting her to third on the general classification.

She then shifted up two spots to take the overall lead from Marlen Reusser (Ale BTC Ljubljana) on stage 4, snatching bonus seconds and then taking off in a break with Marianne Vos (Jumbo-Visma) and Kasia Niewiadoma (Canyon-SRAM).

That left her with a lead of 20 second on Reusser heading into the final stage – a hilly 150 kilometres starting and finishing in Arnhem – and a 30-second gap to third placed Ellen van Dijk (Trek-Segafredo).

“The last stage was very tough,” said Van den Broek-Blaak in a team statement. “It was a tough lap and there were only four of us to control the race. The rain made it even more difficult. We had to go to the limit, but we succeeded in our mission.”

The attacks were kept under control in the final stages, with the first nine riders, including Reusser, finishing just three seconds in front of the main group. Van den Broek-Blaak, who plans to retire in the Spring of 2022, finished safely in the bunch to take the second GC victory of her career, with the first being at the same race back in 2016.

The Simac Ladies Tour was the 31-year-old’s return to racing after a break following the Giro d’Italia Donne in early July and the former world champion, who has already won Strade Bianche and Dwars door het Hageland this year, is now turning her attention to her next big goals of the season.

“This is a confirmation of my current form, on which I have been working hard over the past few weeks,” said Van den Broek-Blaak.

She added that an important period of racing is coming up with the European Championships in Treviso in September, along with the World Championships in Flanders and the first ever running of the women’s Paris-Roubaix on October 2.

She told Cyclingnews earlier this year that she had spent time previewing the route and the pavé for Paris-Roubaix, which she would love to win, and that it’s a style of race that suits her power and skillset.

“This overall victory gives a lot of confidence for these matches,” said Van den Broek-Blaak.