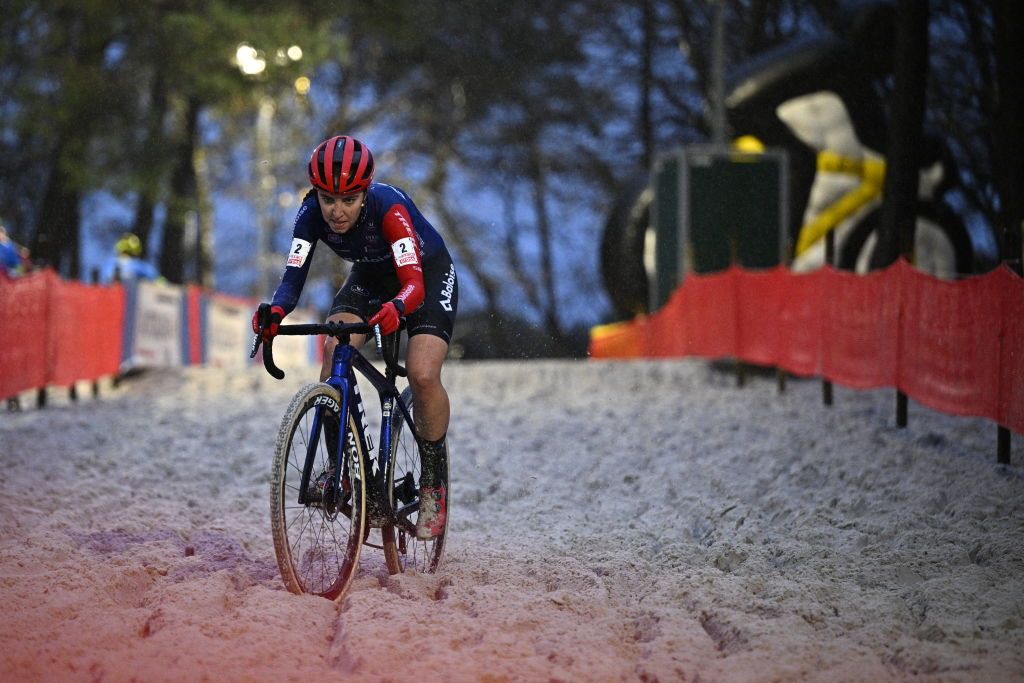 Shirin van Anrooij (Baloise Trek Lions) rode solo under the lights and won the Exact Cross round in Mol Friday. Teammate Lucinda Brand surged past Annemarie Worst (777) at the mid-point of the race and the duo secured the final spots on the Zilvermeercross podium, Brand in second and Worst in third.

She still had to negotiate a wet course, deep sand and former World Champion Brand to secure her second victory of the season.

“My start wasn’t great, but I wanted to get to the sand first and use that stretch. I made a mistake once and the rest didn’t get any closer. Then I knew: if I don’t make any more mistakes, then I will make it,” she told Gazet van Antwerpen.

Van Anrooij took control of the race from the start, joined on the first laps by Worst, with a gap to Backstedt and Brand.

It was on the second lap that Brand broke away from the young Briton and joined Worst.

With one lap to go, Brand chased alone in second place, 23 seconds behind the leader and Worst then tried to close a gap that began to widen from six seconds. The quartet held positions to the finish.