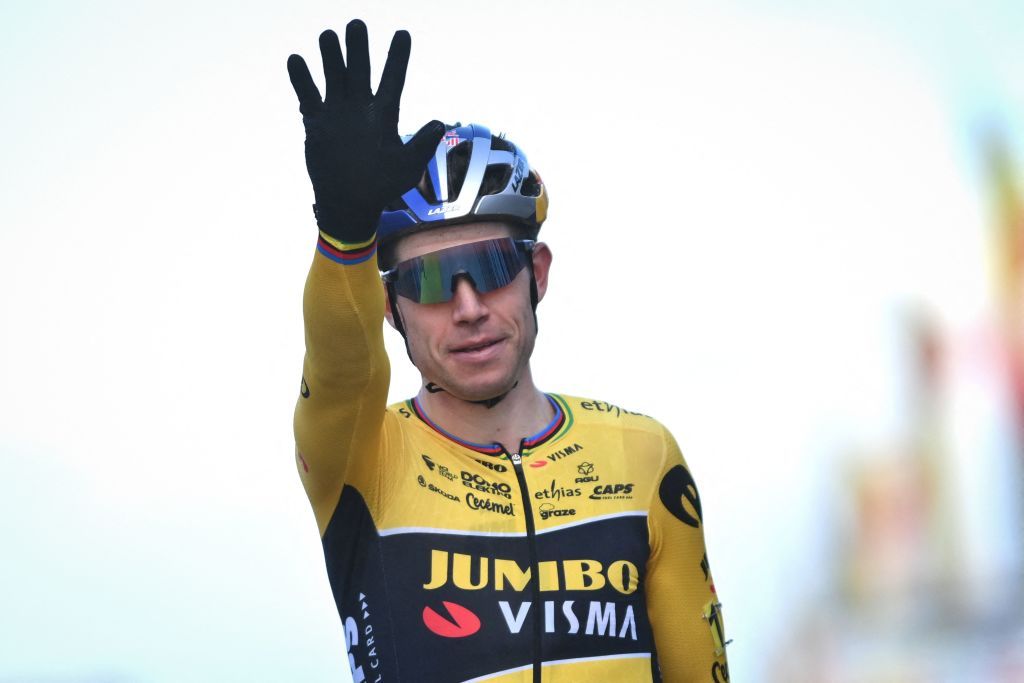 Wout van Aert is racing the UCI Cyclocross World Championships in 2023 and he wants to win. According to an interview in Het Laatste Nieuws (opens in new tab) that is his only goal for the cyclocross season. He will begin his ramp-up toward February’s Worlds in Hoogerheide at the World Cup in Antwerp on 4 December.

Van Aert won three world titles between 2016 and 2018 before launching his enormously successful road career. However, he’s continued to keep his foot in the cyclocross scene with a limited calendar of races.

Last year, Van Aert came into the cyclocross season around the same time as he plans to this year. He started with a victory in Boom then took six more wins in a row and his fifth Belgian national title. He remained reticent about Worlds until announcing in January that he would not travel to Arkansas for the championships in Fayetteville.

The Worlds also went off without defending champion Mathieu van der Poel, who was struggling with a knee injury that knocked him out of most of the cyclocross season. Tom Pidcock claimed the rainbow jersey in Fayetteville.

This year, Van Aert expects Van der Poel to come back more motivated than ever to win his fifth elite world title.

“It’s also a home cross for him. He will also be motivated. For me, the season has yet to start,” Van Aert said. “It remains to be seen how we compare to the rest. We can’t say anything meaningful about that before then.”

Jumbo-Visma revealed Van Aert’s schedule yesterday, with the Antwerp and Dublin World Cups in early January and a full menu of Christmas ‘kerstperoide’ races with five races across eight days.

“I know I can handle that, a lot of ‘cross races in a short time. I need to be able to catch up on the ‘cross rhythm I’m missing. Over the Christmas period, I want to prepare as well as I can for January.”