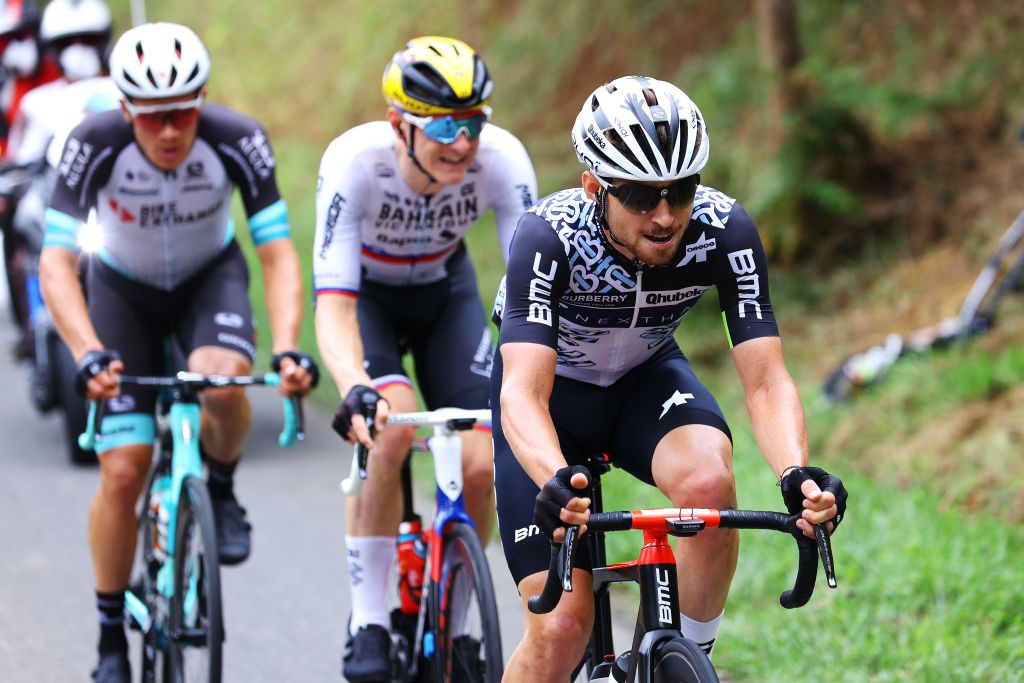 For the second consecutive year, California-native Sean Bennett was on the hunt for a team as the calendar rolled into a new season. This time around, however, the former WorldTour rider had a contract for a ProTeam that did not exist and put an unexpected halt to his professional road career at the age of 26.

The ever-optimistic and soft-spoken Bennett found a home last season at the Continental level with China Glory Cycling Team. The first-year squad of 13 riders representing seven countries set up a home base in Nice, France and set its objectives to move up in status right away. Bennett said he signed a contract extension in October with the team going to ProTeam level, but the team did not complete their funding with UCI paperwork and scrapped the project for next season.

Bennett said he had “nice memories” but was also left with the bitter frustration over the final months of 2022 not to have offers from other teams and “watched my career slip away”. However, in an interview with Cyclingnews, he said, “I’m not done with the sport”.

“I’m still young, and that’s something that’s going for me. I am still really motivated, obviously. It’s something that I’m pretty bummed about. I’m not done with the sport,” Bennett told Cyclingnews from his home in El Cerrito on the east side of San Francisco Bay.

Bennett said he signed a contract in the middle of the year to move to China Glory’s proposed ProTeam and stopped looking for another team. Then the wheels fell off.

“At the end of October, they weren’t sure about the ProTeam. And they just never reached out to me again, even though there’s something on paper for a ProTeam,” Bennett said. “It was just like nothing happened there. They had all the paperwork submitted to UCI. It’s just the funding was from China, and they just never made the transfer [of funds] to UCI for the ProTeam.

“Then, I went back to the search for teams at the end of November and into December, and nothing came.”

China Glory Cycling stated recently it would look to increase the number of Chinese riders on the squad from six to eight for 2023 but did not confirm if they had renewed at the Continental level.

“Some nice memories over the last few years. Pretty frustrated and sad about how the last few months went down. Watched my career slip away from me and leave me without a team for next year,” Bennett wrote on his Instagram account Sunday.

“It’s been a frustrating few winters being in this situation where a team folds or changes their idea at the last minute. I’d hoped to continue but nothing materialized this year and it’s time to say goodbye. Thanks for the people that had my back in past times like this and supported me through it.”

As a 22-year-old gaining traction as well as the spotlight on the road with Hagens Berman Axeon, Bennett moved to the WorldTour with the EF Education squad for two seasons, which gave him Grand Tour experience at the Giro d’Italia, where he finished ninth in a bunch sprint on stage 18 in 2019. He was lauded at his short time at EF Education for his bike-handling abilities, which he learned from his early days in mountain biking to his versatility from climbing to sprinting and tactical abilities to find a breakaway.

He moved across to Team Qhubeka in 2021, which allowed him to compete in his first Tour de France. However, at the end of the season, the Qhubeka programme folded, and Bennett was on the hunt for a contract. He landed at a new Continental squad, China Glory Cycling Team, which allowed him to continue racing in Europe and Asia for a full season.

It was with the Hagens Berman Axeon team that he moved onto the radar for the WorldTour teams along with 2018 teammates, which included soon-to-be WorldTour mainstays João Almeida (UAE Team Emirates) and Jasper Philipsen (Alpecin-Deceuninck) as well as a trio of other UAE Team Emirates teammates – Mikkel Bjerg, Rui Oliveira and Ivo Oliveira.

Bennett said that his best memories of 2018 included a second-place finish at the Tour of California in front of his family. He was only three seconds behind stage 3 winner Toms Skujins (Trek-Segafredo) in an exciting sprint finish at the Laguna Seca Speedway that day, and he also held off a late charge by the top sprinters in the world, including Caleb Ewan and Peter Sagan. Then a month later, he won a stage at the Baby Giro and had top 10 finishes on stages at the Tour of Utah and Colorado Classic.

After three seasons in the WorldTour, Bennett has solid results back on the Continental level in 2022, scoring top 10s on stages at the Tour of Slovenia and Tour of Turkey.

“It was a short career, but over the course of my career, I got quite into coaching, training, nutrition and that side of things. Maybe I wasn’t the most talented, but I don’t know, I felt like by investing more time into that, I could think of ways to kind of catch up with everyone else through nutrition and different training. So I’m thinking I want to pursue something in that area,” he said about a coaching career, one option available on the West Coast.

Would Bennett be open to continuing his racing pursuits with off-road events? He laughed but said a quick “yes” about returning to his mountain bike roots.

“I’m so motivated to ride and race, but it would definitely have to be a good fit and something that got me on board. Definitely, I would like to continue racing. But I also have a life that requires money to live. And it’s not something that I can just do for free at this point.”