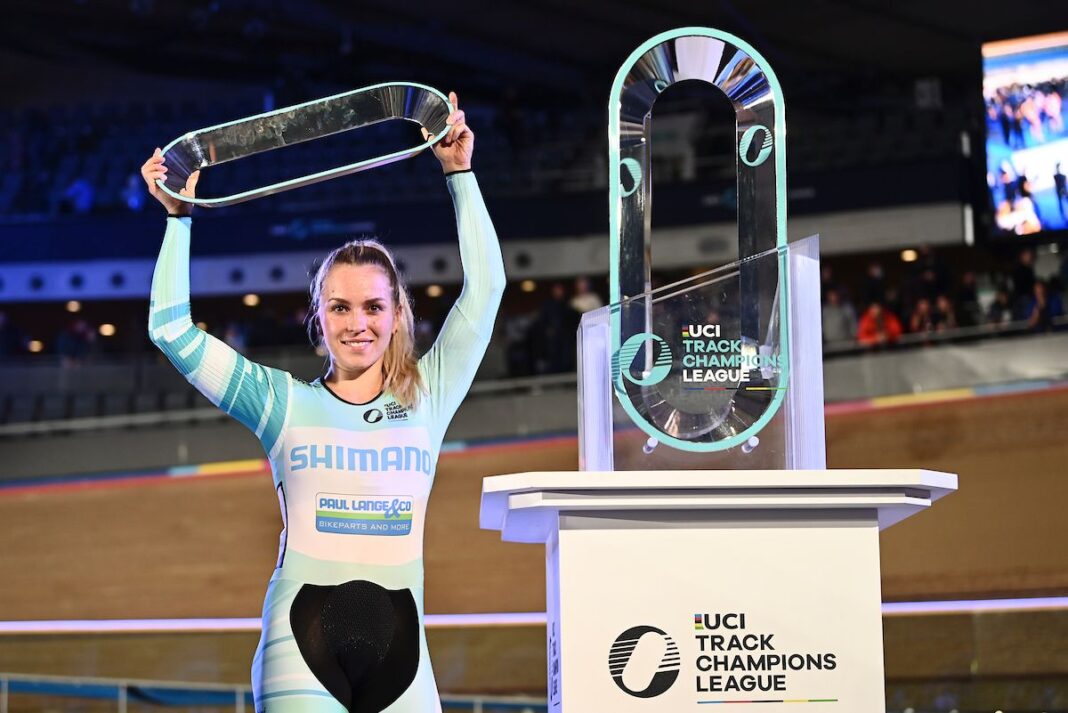 The second season of the UCI Track Champions League gets underway in Mallorca on Saturday, with 72 of the world’s best track riders racing in the men’s and women’s sprint and endurance categories.

Eighteen riders can take part in each category, scoring points across the five rounds, with the fast racing and a spectacular light show creating a modern format to show off track racing at its best.

Rider data such as power, speed, heart rate and cadence will be shown on a special app, as will live onboard camera feeds. Fans can even push the ‘Feel Heartbeat’ button, which allows them to feel the live heartbeat of any given athlete at any moment in their hand using their smartphone’s vibrate function.

Each category has two different types of races in which competitors can accumulate points: Sprinters will race in both Sprint and Keirin, while Endurance riders will race both Elimination and Scratch.

The sprint events consist of a sprint and keirin competition, while the endurance event includes elimination and scratch races. The rankings are based on points scored in each race rather than times.

The riders race in new, unique racing colours made by Santini that combine the rider’s nationality and national flag but are very different from the usual national jerseys. At the end of each round, the current leader will be awarded the UCI Track Champions League blue leader’s jersey to wear at the next round.

“The field is as competitive as ever with Jennifer Valente, the Olympic Omnium champion from the USA, Rachele Barbieri, the European Omnium champion from Italy and Great Britain’s superstar Dame Laura Kenny, a five-time Olympic champion. The challenge is to see if I can get on par with these incredible riders.”

The evening racing starts at 19:00 local European time and lasts three hours, with live coverage on Eurosport, GCN+, Discovery+ and a host of other broadcasters.

Christy’s Nourishing Chai Latte Recipe Is The Thing of Dreams