Trio of coaches for Slovenian Team at European and World Championships 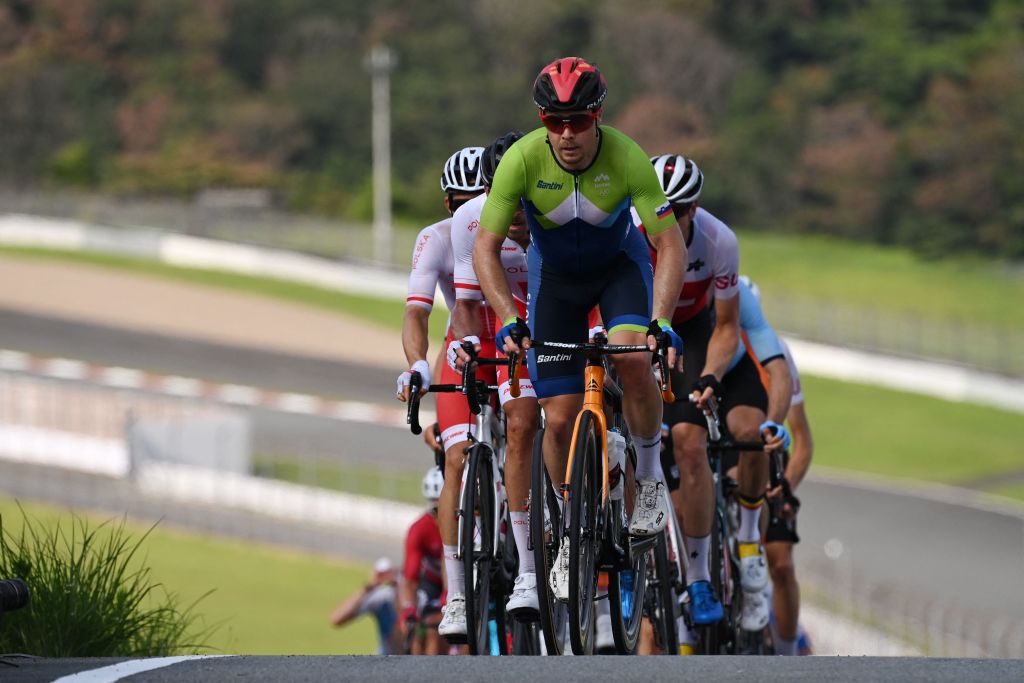 The Slovenian news outlet Delo reported on August 25 that the team would be led by Marko Polanc, Gorazd Štangelj and Andrej Cimprič. The names are familiar ones in Slovenian cycling, both in its amateur teams, junior teams and the WorldTour.

Polanc, father of road professional Jan Polanc (UAE Team Emirates) and currently working as a personal cycling coach, was formerly with Ljubljana Gusto Xaurum, the team best known for being the home of Tadej Pogačar prior to his WorldTour debut.

Cimprič was previously the selector of the Slovenian youth national team. Štangelj is currently a directeur sportif at Bahrain Victorious and is at the Vuelta a España. He could not be reached by Cyclingnews for comment.

Whether this trio continues after the September championships, or whether only one of these names will prove to be the final choice to be the next permanent coach of the team remains up in the air. It has been two weeks since Hauptman stepped down.

When Cyclingnews reached out to a select group of Slovenian riders about this new information, most reacted with confusion.

“I don’t have a voice as to who it would really be,” Primož Roglič (Jumbo-Visma) remarked. “[Polanc], he was one of my first coaches, someone that, yes, I was first in touch with going into cycling. Uh, we see. I’m also very curious actually about the decision.”

As to whether he had a preference of the three, Roglič laughed and said that he was “independent,” further joking, raising his hands at the chaos of the situation, “I hope you can give me some good news, huh?”

Jan Polanc was surprised by the question saying, “I didn’t know they even selected three guys. I don’t know anything about it.”

When asked about who would be selected, Luka Mezgec (Team BikeExchange) shrugged and said, “I don’t know. I didn’t get any emails. When we get an email, that’s it.”

Other riders, however, seemed more concerned as the Worlds and European Championships grow closer.

“So, now it’s official that Andrej [Hauptman] stepped down and what I know is just that we don’t have a hundred per cent [chosen] DS. So they try just to pick for the next races,” Jan Tratnik (Bahrain Victorious) said.

“So, European and Worlds, that we will cover these two races now with our Gorazd, our sporting director, Marko Polanc and Andrej Cimprič. And I think nobody is, like confirmed to be the sport director. So, I think it’s just that they will just cover these races and then they will figure it out after who will be the coach but yeah, like I said, it’s a bit cumbersome.”

When asked if he was worried, Tratnik gave a mixed response, saying, “I think it’s not a problem. I think we are still good friends and um, under pressure we will do all right. Yeah. We will see. I think we will stick to one plan and we will try to do it. But yeah, for sure, it’s not nice that we are because in the end, it’s World Championships. We have a strong team but to be without one directeur sportif, it’s not the best.”

Earlier this month Delo reported that Hauptman left the Slovenian National Cycling Team as sports director, ‘effective immediately’. In recent months other departures have included the team president, Tomaž Grm, as well as its secretary general, and public relations officer.

Hauptman, who is also a sports director at UAE Team Emirates, had been the coach of the Slovenian national team since 2016. Most recently he oversaw the team’s successes at the Tokyo Olympic Games, which netted Slovenia a gold medal in the time trial from Roglič, and a bronze in the road race delivered by Pogačar.

As the startlist for the European Road Championships begins to emerge and features the team’s heaviest names like Roglič himself, news remains nonexistent as to who will lead that team at that event. It seems as though, like the riders themselves, we will have to wait and see.

An Interview With Marvelous and the Black Hole’s Miya Cech

Does the Event Industry Really Need Another Trade Association?