Trek’s new Domane is lighter, simpler, and racier than ever 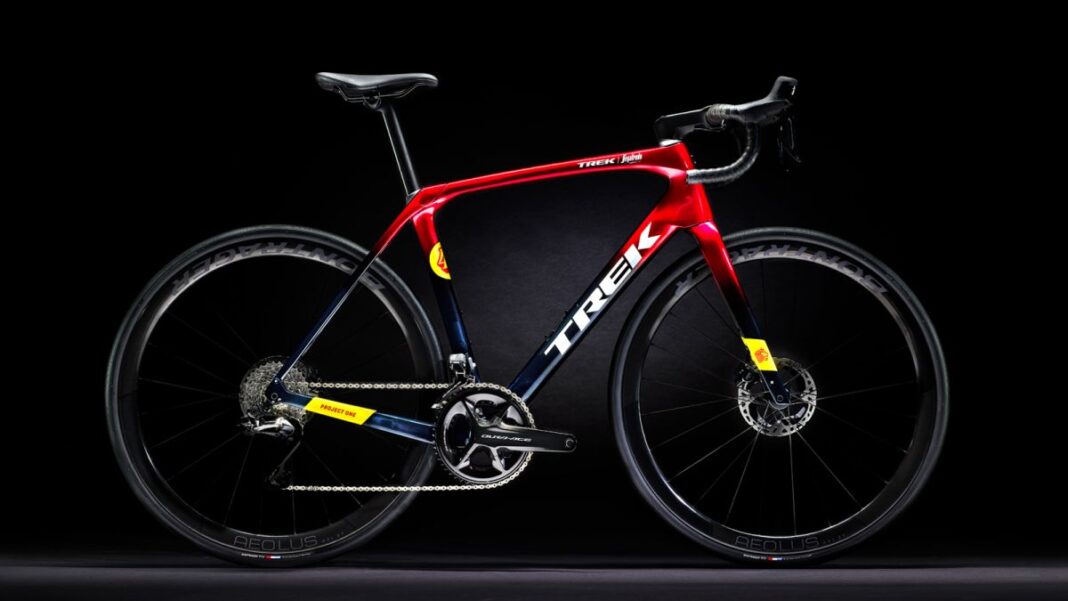 It’s been an open secret for what seems like forever, but today, 145 days after it was ridden to Paris-Roubaix victory by Elisa Longo Borghini in April, the covers are finally being lifted off the all-new 2023 Trek Domane.

It marks Trek’s second major road bike launch in the space of three months, and it includes the mid-tier Domane SL, the top-tier Domane SLR, as well as the return of the race-ready limited edition Domane RSL (Race Shop Limited).

Unlike Trek’s other recent launch, which saw the all-aero Madone given some frankly wild design ideas (it had a hole in the seat tube), the new Domane appears to have gone in the opposite direction, favouring simplicity and weight savings instead of its usual tact of ride-smoothing technology.

Each iteration since has expanded upon this technology. The second generation, launched in 2017, made it adjustable while adding a second IsoSpeed to the front. In 2020 for the third generation, the technology was refined and remained a core part of the bike’s identity.

Fast forward to today’s launch of the fourth generation, and it appears that Trek has taken an altogether different approach. The front IsoSpeed decoupler has been removed entirely, and while it does remain at the rear, the newly refined iteration is much simpler, and no longer adjustable.

Thanks to this, as well as an upgrade to Trek’s latest 800 Series OCLV carbon, the new Domane is said to be the lightest ever, more than 300g lighter than its predecessor.

The new approach from Trek continues through the development of the frame’s tube shapes, which have been given an aerodynamic overhaul as the Domane gets racier than ever. Updated kammtail tubing has been applied throughout the frame, and a more conventional D-shaped seatpost replaces the two-part mast-and-seatpost system found on the outgoing model.

Up front, a refined two-piece cockpit sees cabled integrated beneath the stem and into the top of the head tube, rather than through the top tube as per the outgoing model. The new cockpit might appear similar in design to the one found on the new Madone, but differences in cable routing from the stem to the frame mean that unfortunately, the new, narrower cockpit is not compatible here.

Trek hasn’t made any specific aerodynamic claims for the Domane, but these updates alongside the reintroduction of the Domane RSL (last seen in 2017) point to a renewed focus on race performance for the Domane, rather than the bump-smoothing Rolls Royce Phantom of before.

It’s not all about racing though. Well, it is if you opt for the RSL, but we’ll go into that in more detail later. The SLR and SL models both retain considerable attention to versatility. That comes in various forms, including the storage compartment that lives within the down tube, the hidden mudguard mounts that adorn the fork and rear triangle, and the new mounting point on the top tube for a small bag, allowing neat integration of extra storage on longer rides.

These two models also retain the ability to handle 38mm tyres, although, with mudguard fitted, this does drop to a still-ample 35mm of space. They also continue to use Trek’s ‘H2’ geometry, aimed at endurance riding with a taller head tube and shorter reach than an equivalent size Madone or Emonda.

As mentioned, the latest launch sees the return of the RSL, which was previously seen in the second generation Domane, and is the model that was ridden to 1st and 3rd at Paris Roubaix Femmes. If you do choose the Domane RSL, you’ll be getting a bike that’s arguably closer to the latest Emonda than the outgoing Domane.

Most notably, that means a switch to Trek’s more aggressive H1.5 geometry, which matches that of the Emonda and Madone. We’ve highlighted the difference in the image above. But that’s not all that’s different, the RSL also eschews the downtube storage compartment in a move that saves 100 grams on the frame alone. The hidden mudguard mounts are also gone, and the 38mm tyre clearance shrinks to 35mm due to adjusted frame shapes which also result in a reduction in weight.

Interestingly, the SLR and SL models are limited to a maximum chainset size of 52/36T (or 50T when running 1x), whereas the RSL can handle chainsets up to 54/40T and 54T single rings.

On the subject of limitations, all new Domane models can be used with mechanical groupsets, with full cable housing – they’re not limited to electronic drivetrains like the Madone – but they do see a limitation with certain front derailleurs. Notably, because the frame does not have a front derailleur housing stop, it is only compatible with derailleurs that have this built-in. This includes Shimano, but excludes SRAM.

Home mechanics can rejoice as Trek is continuing to spec threaded T47 bottom brackets, in a move that follows the trend that actually began with the previous Domane launch back in 2019.

Tubeless fans can also rejoice, as well as fans of things just being kept simple, as each and every model from the new Domane range will be shipped with tubeless-ready wheels (at different spec points based on price, of course) set up as such, complete with tubeless valve and sealant preinstalled and ready to ride.

How to Use Humor in Your Sales Presentation