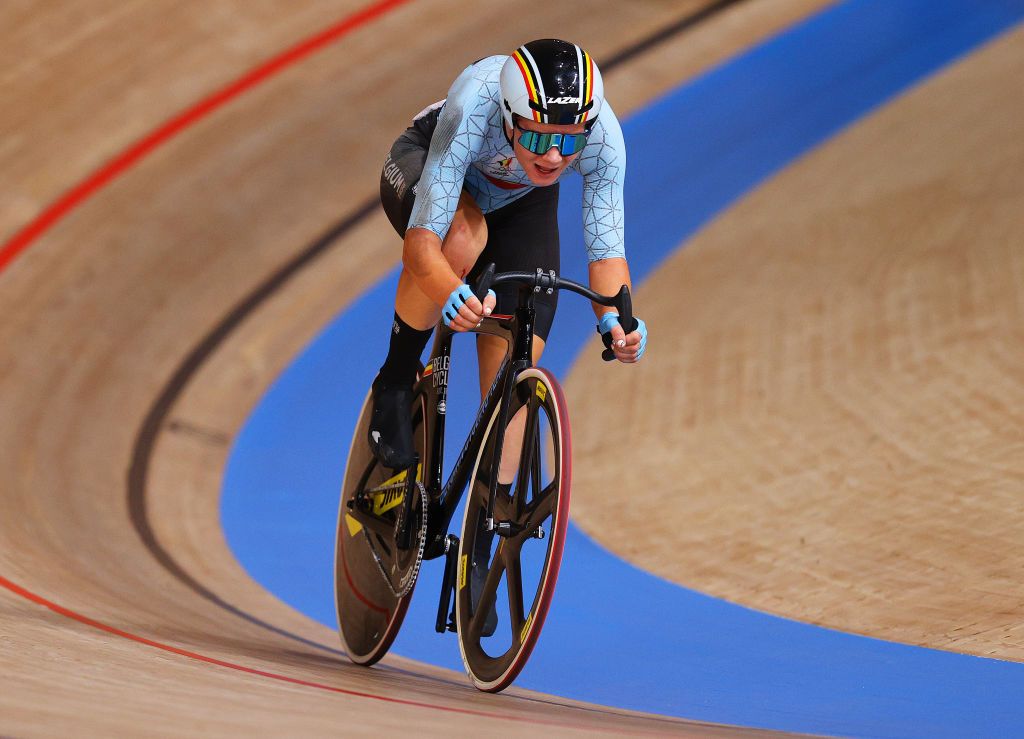 Lotte Kopecky and Shari Bossuyt secured the gold medal for Belgium in the Women’s Madison on Saturday at the 2022 UCI Track World Championships at the Saint Quentin en Yvelines velodrome. Clara Copponi and Valentine Fortin of France missed the top spot by one point and settled for the silver. Denmark’s Amalie Dideriksen and Julie Leth finished third.

The Belgian pair were the only team to lap the field and used the tactical late move to soar even with France. It was the second Madison world title for Kopecky, who won the first-ever women’s event in 2017.

Belgium had not scored any points through the majority of the race, so Bossuyt attacked with 38 laps to go and then throwing Kopecky into action three laps later. France launched a counter-attack in the chase. Belgium took the next sprint to get on the board. Leading with 20 points, France continued to lead the chase of Belgium with under 30 laps to go.

Belgium then went equal in points with France as Kopecky caught the back of the peloton and by 18 to go had gone up seven points over France. Australia trailed another six points back for third.

With one sprint remaining, France trailed Belgium for the gold by five points. Denmark launched an attack to lap the field with only seven laps to go. New Zealand and Great Britain were then involved in a big crash with two laps to go, Michaela Drummond of New Zealand moving up the track and into Laura Kenny.

At the end, the home crowd was disappointed as France finished one point behind Belgium.

On the early laps, some of the lights went out on the back side of the track, but it did not impede Italy and France from taking the early lead. Making a move on the outside was Georgia Baker taking five points for Australia.

Then the race was neutralised with 110 to go for organisers to sort out the issue with the lights. Several riders had heavy falls on that back corner, none serious, including Mia Griffin of Ireland. All riders were taken off the course.

After a 10-minute delay, racing resumed, Canada moved to the front, but when the bell rang for the second sprint, Laura Kenney got the five points for Great Britain, coming around the top of riders from Denmark and the United States.

Each time one of the French riders moved to the front, the crowd gave a resounding roar. Fortin rewarded the crowd with top points on the third bell, putting France into a tie with Australia for the lead.

The second half of the race continued with the four strongest teams in control at the front – Great Britain, Australia, Germany and Denmark – but no one got away until Belgium.

France’s Taky Marie Divine Kouame surprised the German powerhouse Emma Hinze and won the women’s 500-metre Time Trial at the 2022 UCI World Championships in Paris on Saturday. She was the only woman under 33 seconds en route to securing her world title.

Emma Hinze (Germany), who set the best time in qualifying, took the silver medal. Yufang Guo (China), who was seventh best in qualifying, blasted around with the third best time and earned the bronze medal.

Kouame had a huge start in the final, looking for a medal at her home track in Paris with the crowd filling the velodrome with raucous applause and cheering. She set the best time of the day, 32.835, with only the triple World Champion to take the course. Hinze never made a significant move and finished .216 back.